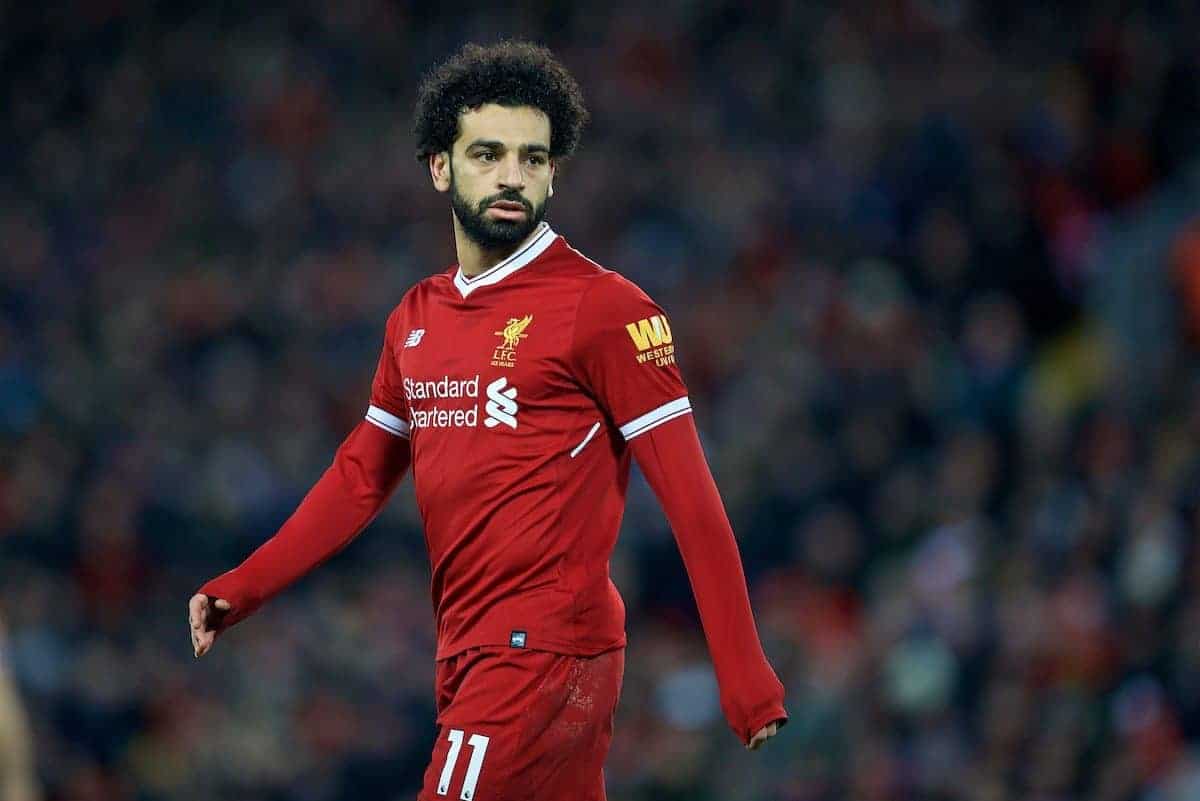 Jurgen Klopp has cast doubt over the chances of Philippe Coutinho and Mohamed Salah returning for Liverpool’s FA Cup clash with Everton.

The Reds take on their Merseyside rivals at Anfield on Friday, looking to seal their place in the fourth round of the cup.

After Monday’s dramatic 2-1 victory away to Burnley, Klopp’s side are on their longest unbeaten run since the German took over in 2015, going 16 games without defeat.

And given he made seven changes to his starting lineup for the trip to Turf Moor, including the likes of Adam Lallana and Dominic Solanke, the magnitude of their latest win was clear.

While Klopp was expected to continue his rotational approach for Liverpool’s second game in 48 days, it was revealed before kickoff that his hands were tied when it came to Coutinho and Salah.

Both missed training on Sunday, with Coutinho suffering from a thigh problem and Salah out with a groin injury picked up in Saturday’s 2-1 win at home to Leicester City.

Speaking to LiverpoolFC.com after the Reds’ latest victory, Klopp suggested neither would be fit for the derby.

“Phil are Mo are injured, not massively but enough for today [to be] no chance. And [they are] a doubt, at least a doubt, for Everton,” he said.

Coutinho’s absence could be considered timely given continued speculation over a January move to Barcelona, which only intensified at the weekend.

Nike, sponsors of both the Liga giants and Liverpool’s No. 10, were subject of widespread criticism for seemingly advertising Coutinho’s switch to Catalonia ahead of schedule.

This looks to have proved to be a misfire from the sports manufacturer, and the Telegraph claim this will only heightened the Reds’ demands if the 25-year-old does eventually leave.

The hope will be that Coutinho remains on Merseyside until at least the end of the season, and that his performance against Leicester wasn’t his last in Liverpool colours.

Meanwhile, Salah’s absence arguably comes at the best possible time for the Reds, given he is set to travel to Ghana for the CAF Player of the Year awards on Thursday.

Both Salah and Sadio Mane, who will also fly out for the ceremony 24 hours before the derby, are nominated for the top prize.

And as Klopp’s rotation continues, the latter could be named as a substitute on Friday night to avoid any potential fatigue—despite the manager’s suggestion the travel wouldn’t be an issue.