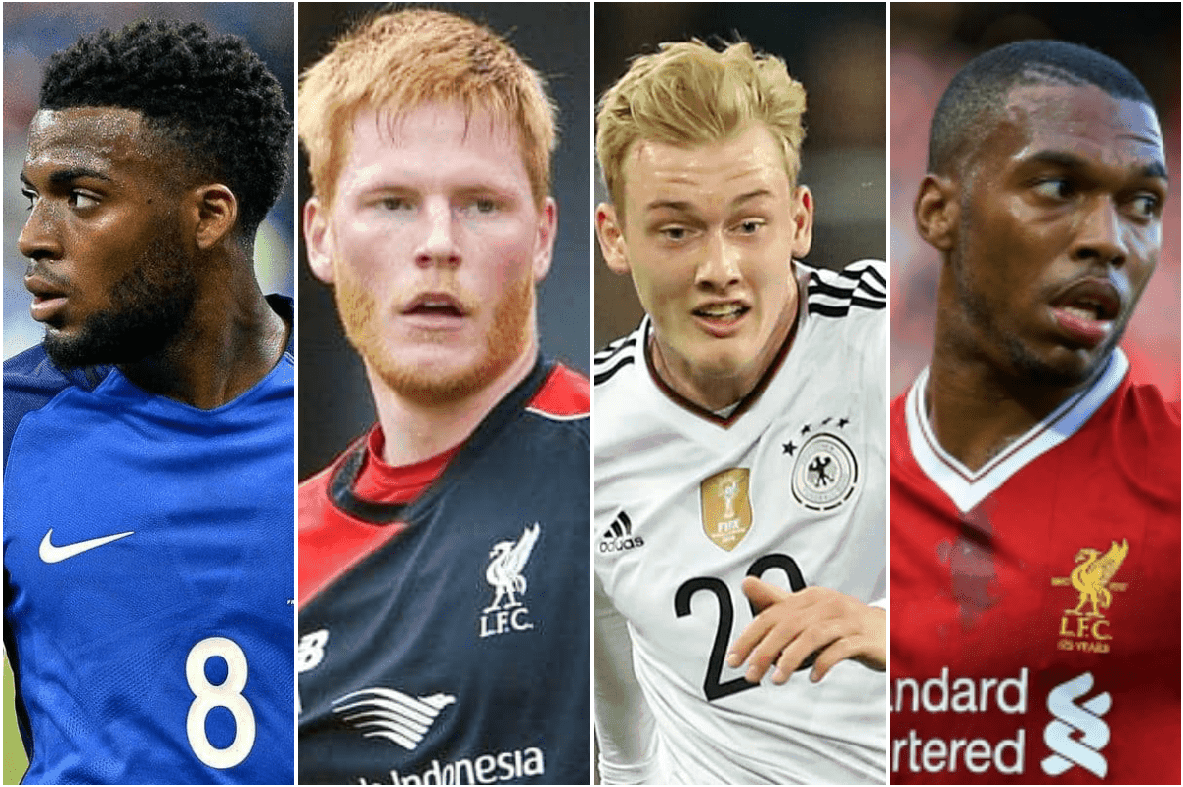 The latest rumours involving Liverpool in the final week of the January transfer window suggests there may be little movement in or out of the club.

The Reds started the new year strongly with a move for Virgil van Dijk, but there has been precious little incoming activity since then to strengthen the first team.

Marko Grujic has departed on loan, Philippe Coutinho joined Barcelona and there may yet be further short-term departures for younger players, but any expensive outlays look unlikely at present.

Thursday’s rumours see the Reds interested in more than one addition, particularly with regard to strengthening the defence for the longer-term, as well as an update on the future of striker Daniel Sturridge.

Sturridge hesitant over Serie A switch

Daniel Sturridge hasn’t been getting regular game time this season under Jurgen Klopp, and another injury in December didn’t help matters.

The striker has missed the past 10 games amid continuing speculation over his future, with the World Cup on the horizon and Roberto Firmino showing no signs of giving up his starting spot.

Sturridge has been on the wanted list for Inter Milan and Sevilla during January, but while the Italian side have reportedly agreed terms with the Reds, the forward isn’t sold on the idea.

The Echo report Sturridge is instead waiting on Sevilla to follow up their interest, but a bid from the Spanish team has not been forthcoming.

Inter are said to have offered a loan fee in excess of £2 million, as well as covering all the striker’s wages for the remainder of the season.

There would also be an option, but not a compulsory clause, to make the deal permanent in summer.

The move appears to hinge on Sturridge’s wishes now, with Liverpool not actively trying to offload him and happy to retain his services until the end of the season—albeit more than likely from the bench.

The big suggestion all winter has been that the Reds would look to AS Monaco’s Thomas Lemar as a replacement for Coutinho.

But a report in the Birmingham Mail suggests Klopp has been quoted £90 million for the France international and feels it’s too high a price to pay.

The suggestion is that the Reds wanted a deal for around £75m, the same amount they signed Van Dijk for, and thus they will sit tight instead of splashing out.

Further speculation that Lemar had been left out of his side’s most recent match because he had agreed terms with Liverpool are also wide of the mark.

The Echo report there is no agreement between the club and player, with Klopp having dampened any expectations of new additions. One new addition has been completed though, with the £200,000 capture of Scottish left-back Tony Gallacher.

The 18-year-old joins from Championship side Falkirk, having been on trial with the Reds this month.

While the club haven’t confirmed the capture of the young defender, BBC Sport report the deal has been struck and Gallacher will link up with the U-23s. A former rumour more than a current one, but Julian Brandt’s name has popped up once more…and probably will do incessantly over summer.

The Bayer Leverkusen attacking midfielder has just a year and a half left on his contract and there remains speculation that he will be on the move.

But Sport Bild report his father and agent refuting any such transfer, saying there is unfinished business with B04.

Liverpool, Bayern Munich and Barcelona are credited with interest in Brandt, who will be available at a lower price this summer under the terms of his contract.

No Konsa in January

Charlton Athletic centre-back Ezri Konsa has been linked with the Reds for months already, but the 20-year-old won’t be moving this month.

That’s according to a report in the Mail, which suggests the £5 million asking price is too steep.

Everton and Brighton have also been credited with an interest, and it now appears likely there will be a big battle for his signature in the summer instead.

Bogdan on the move?

A long-overdue departure from Anfield could be on the cards, with backup goalkeeper Adam Bogdan reportedly shortlisted by Leeds United.

Evening Post journalist Phil Hay suggests Leeds could turn to Bogdan if their own goalkeeper Andy Lonergan is snared by Sunderland.

Bit of transfer news: Carlisle looking to sign Mallik Wilks on loan. Sunderland like Andy Lonergan and could table a bid for him before the window closes. Leeds not in a rush to lose Lonergan but Liverpool's Adam Bogdan a possible loan replacement if he goes. #lufc

The Hungarian hasn’t featured for the Reds since 2015/16, spending last season on loan at Wigan before suffering an ACL injury.

Now 30, Bogdan still has another year left on his contract with Liverpool.

Finally, another young prodigy who Liverpool have reportedly missed out on this month is Zinho Vanheusden.

The Inter Milan centre-back is just 18 years of age, but comes highly rated, with Jurgen Klopp said to be keen to bring him in.

However, Sky Italia report (via the Mirror) he’ll now head to Standard Liege instead, back in his home nation of Belgium.

The loan stint is to enable him to gain first-team experience until the summer, when Klopp and any other interested parties may resume their chase for his signature.