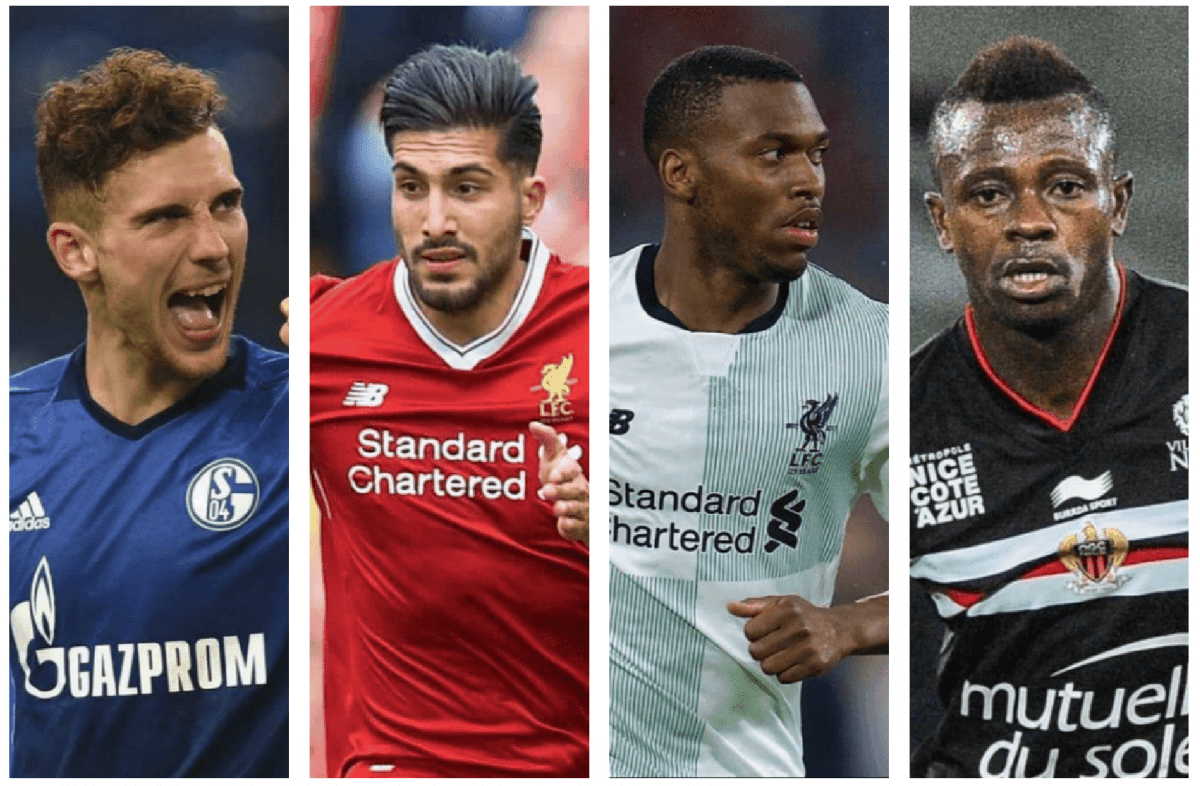 Transfer rumours continue to circle over possible ins and outs at Liverpool before the January transfer window shuts.

While most winter windows tend to be filled with outlandish claims and improbable links, many of those featuring the Reds this season seem to be valid, or at least a good fit.

Of course Liverpool won’t end up buying three or four more after Virgil van Dijk‘s arrival, but there’s still the possibility of another new addition to Jurgen Klopp‘s squad.

More likely still is an exit for one or two familiar faces, following on from Philippe Coutinho‘s sale and Marko Grujic‘s exit on loan.

It has been on the cards for weeks, but now it’s confirmed—Emre Can has been approached by Juventus over a summer move.

At present there’s no agreement—Emre himself alluded to as much—but the Turin giants have clearly earmarked him as a key target.

Able to discuss terms freely now over a summer move, Can will doubtless be on the radars of several big clubs thanks to his soon-to-be ended contract.

The German international is, however, still open to the possibility of signing a new contract and extending his stay at Liverpool.

Continual progression, a key role in the team and a strong finish to the campaign could be vital to keeping him beyond summer 2018.

Sturridge tipped for move to Europe

Sky Sports report Sevilla have been in touch with the Reds over a loan move for Daniel Sturridge.

However, no official bid has yet been made and Liverpool are thought to want a permanent move which meets their demands.

Previous rumours have put those demands at around the £30 million mark, while Sturridge’s wages have also been cited as prohibitive for some clubs.

Inter Milan are credited with an interest again elsewhere, as they have been in recent weeks, but Sevilla may make more sense for Sturridge, who wants game time to secure a World Cup spot.

The Spanish side have rotated between Wissam Ben Yedder and Luis Muriel up front this term, but they have netted just five and three goals in La Liga respectively.

It seems a more realistic battle for Sturridge to find a starting role than by heading to Inter, where he would be up against 18-goal Mauro Icardi.

Reds in a four-way battle for Seri Much of summer 2017 centred around would-be moves by various clubs for Nice midfielder Jean-Michael Seri.

Barcelona had the strongest rumoured interest, though the Reds and other sides were also in the mix—only for the Ivory Coast international to remain in Ligue 1.

Now with just 18 months left on his deal and a €40 million release clause in place, he’s back on clubs’ radars.

The Mirror report Liverpool in a Premier League-wide battle, up against Man United, Man City and Chelsea to snare his signature.

While the suggestion is that the quartet will be in for Seri in the summer, that sort of figure—around £35 million—would barely register for most of those teams if they opted to move right now.

It’s a drop in the ocean compared to the fee received for Coutinho, or the potential money being spent on Alexis Sanchez by the Manchester clubs.

So it’s not entirely inconceivable that, if genuine, the interest could be brought forward by the Reds—particularly after not being able to bring in Naby Keita earlier than planned. One of the potential replacements for if Emre Can departed on a free transfer, Leon Goretzka shares similarities with the Reds’ No. 23 and his present situation.

He’s a German central midfielder, out of contract in the summer…and able to discuss terms now with new clubs.

Liverpool had been credited with an interest and made their feelings known to the Schalke man.

But Goretzka’s camp didn’t offer too much in the way of encouragement, report the Echo.

Instead, the Anfield club believe he’s likely to remain in the German top flight, making the switch instead to the league’s most powerful club, Bayern Munich.

It would follow a familiar pattern in the league where the best homegrown players are snapped up by Bayern, strengthening their own team and damaging their rivals at the same time.

Mario Gotze, Mats Hummels, Niklas Sule and Sebastian Rudy have travelled that path of late and Liverpool look set to miss out as the trend continues.

Klopp wants to keep Woodburn around

Young forward Ben Woodburn had been tipped for a loan move for the remainder of the season after playing just once this term for the seniors.

Sunderland was the most likely destination after Chris Coleman, his former boss with the Wales national team setup, took over at the Wearsiders.

But Sky Sports report that the move is now off.

Speculation elsewhere has suggested Jurgen Klopp has personally put an end to the possibility of Woodburn leaving, following the sale of Philippe Coutinho.

If the above Sturridge rumours are true, of course, it stands to reason that the boss wants another attacking option available to him.

For now, Woodburn remains a Liverpool player, but he will certainly hope for more action in the second half of the season.