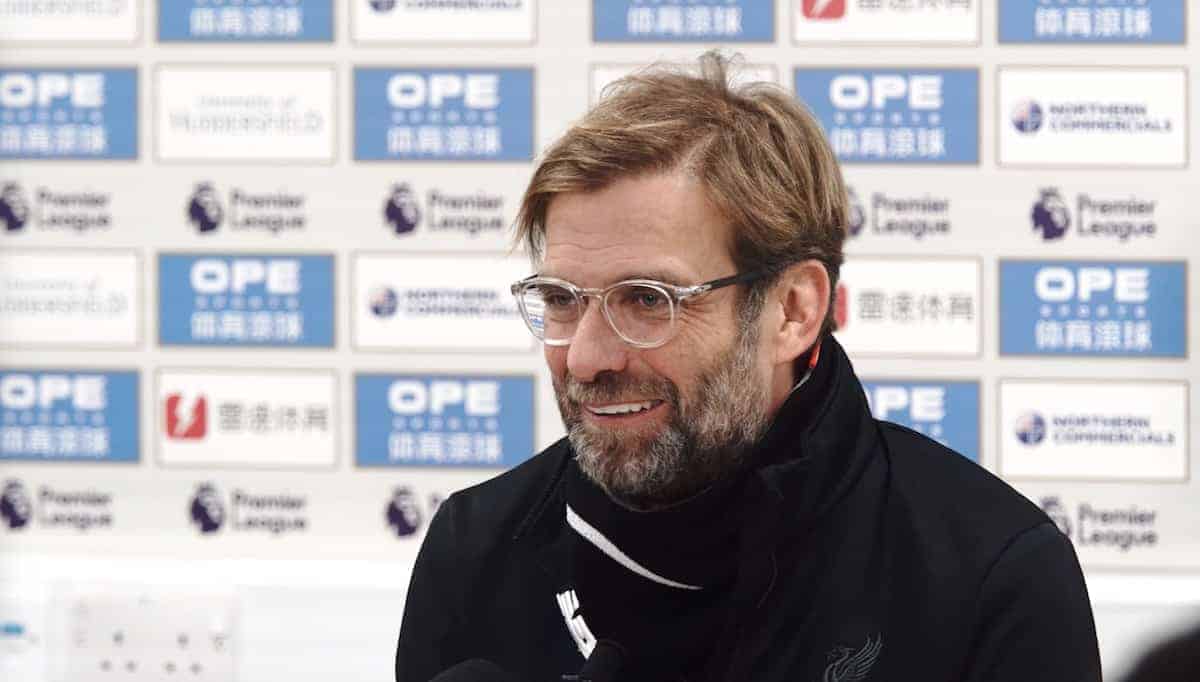 Watch as Jurgen Klopp praised his Liverpool side for their 3-0 victory at Huddersfield Town, and discussed the possibility of deadline-day deals.

The Reds strolled to three points at the John Smith’s Stadium through goals from Emre Can and Roberto Firmino and a second-half penalty from Mohamed Salah.

With Klopp taking on his best man in David Wagner, the more established of the two seemed to have his friend’s number, with Liverpool dominating throughout.

And speaking after his side returned to winning ways following back-to-back defeats, Klopp was full of praise.

“Of course, that was the reaction we needed to show,” he told reporters.

“Everybody saw it was not brilliant, it was not the best game we played so far, but it was very mature. And, in the end, very deserved.”

Liverpool head into the final day of the January transfer window having signed just one first-team player in Virgil van Dijk, while three others left.

It is more likely that Philippe Coutinho, Marko Grujic and Daniel Sturridge will be followed out of the club than any more new faces arriving, though Klopp ruled out an exit for Danny Ings.

The German also discussed his decision to replace Van Dijk with Dejan Lovren on Tuesday, revealing the club-record signing was suffering a minor injury.

He will be hoping Van Dijk is fully fit for the Reds’ next outing, which comes at home to Tottenham on Sunday afternoon.