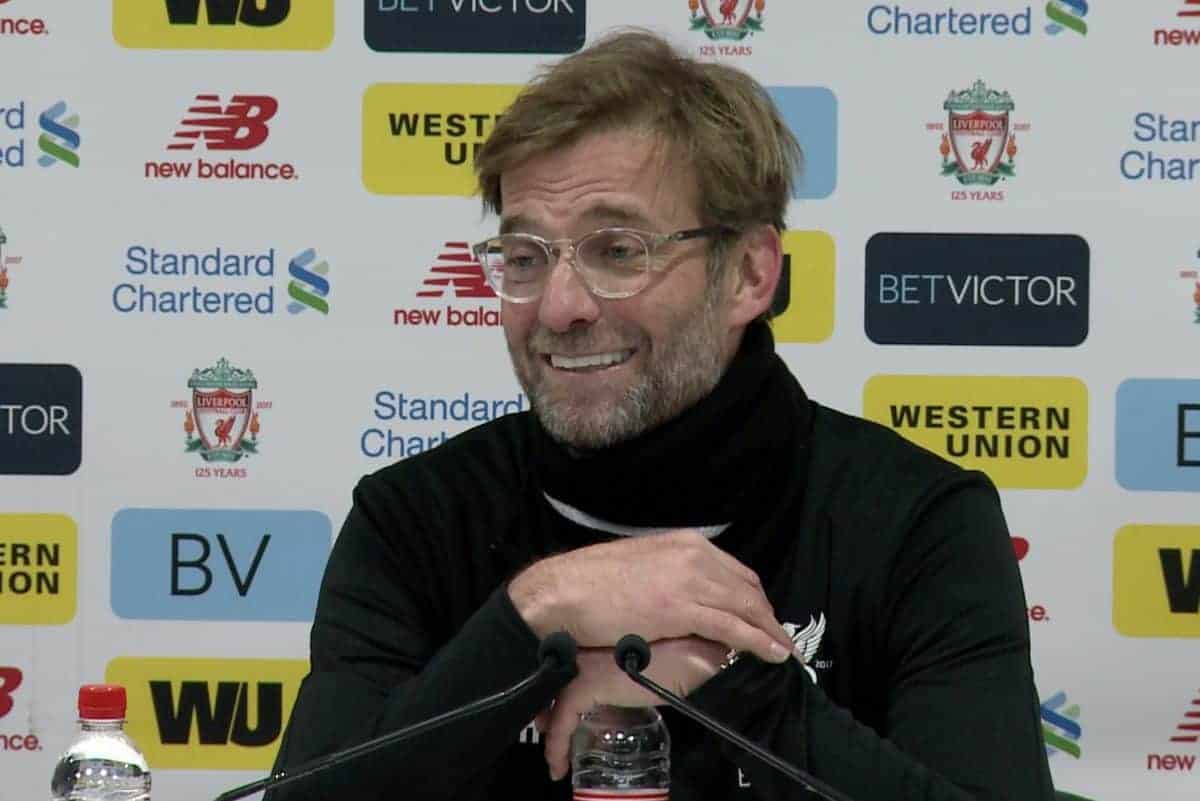 Goals from Alex Oxlade-Chamberlain and Leroy Sane in the first half looked to have set up a balanced second half between the two top-four tenants.

But a sensational eight-minute burst from Liverpool’s front three saw each of Roberto Firmino, Sadio Mane and Mohamed Salah score to give the hosts a commanding lead.

In typical fashion, however, the Reds still conceded twice more before full-time, with Bernardo Silva and Ilkay Gundogan ultimately unable to seal a draw for the Premier League leaders.

Coming after Philippe Coutinho‘s £142 million move to Barcelona this was a major statement of intent from Liverpool, and Klopp praised his side after they ended City’s long unbeaten run.

“That is how football can look if two teams combine quality, skills with attitude,” he said.

“I think we deserved the three points, but they deserved that it was not as clear as it was five minutes before the end.

“I’m really proud of my boys that we could perform like we performed tonight.”

The German also discussed Emre Can‘s late withdrawal through illness and Loris Karius‘ error in allowing Sane to score at his near post.

It remains to be seen whether Karius will be retained for the trip to take on Swansea City on January 22, but either way Liverpool’s momentum continues to build after a brilliant display.