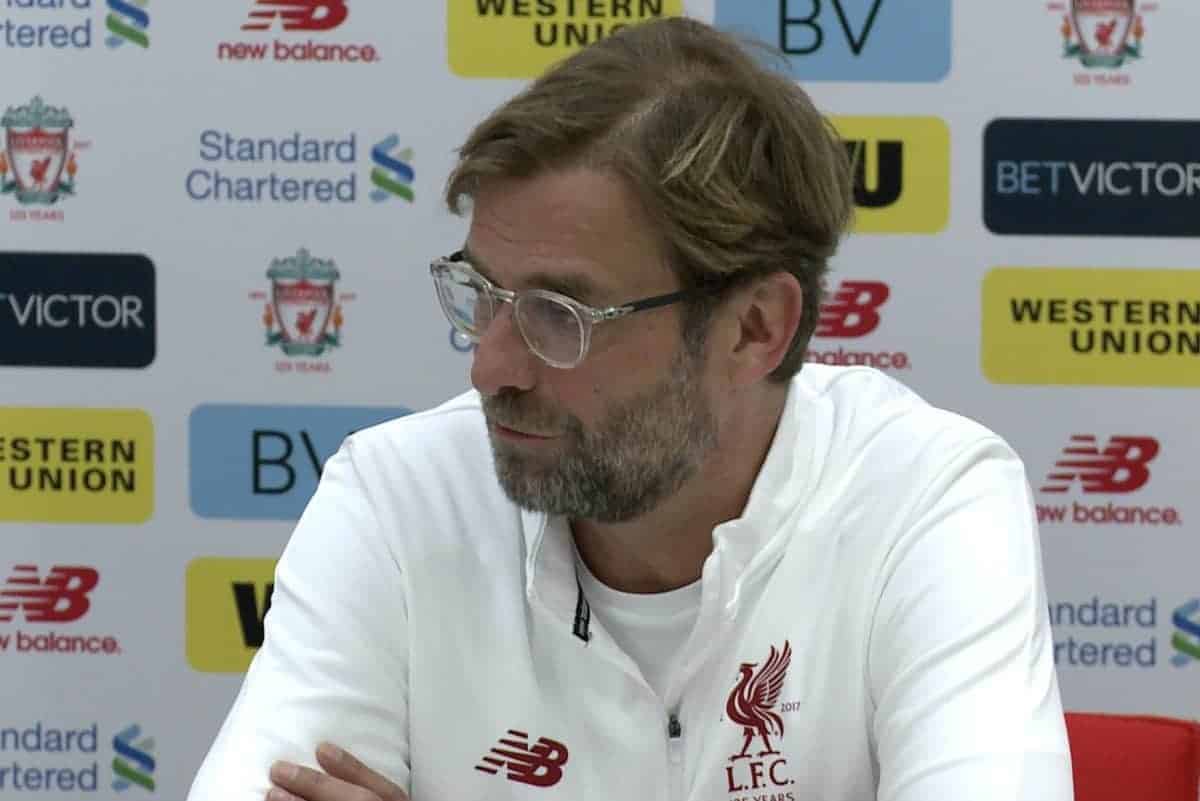 The Reds will fly to Cardiff before travelling down the M4 to south Wales looking to extend their unbeaten run to 19 games.

That stretch already includes a 5-0 victory at home to Swansea on Boxing Day, but since then the hosts have seen a new manager installed in Carlos Carvalhal.

As a result, the Swans will be something of an unknown quantity on Monday, and speaking at Melwood on Friday afternoon Klopp vowed his side would respect their opposition.

“What you’ve seen since the [new] manager is in is a big improvement,” he told reporters.

“They’re doing well, that’s all we think about. I’m not even sure if we can look at our game against Swansea [as reference].

“Monday night, still a few days to go, hopefully we can make a choice of the lineup from a full squad and use the basis of this season so far.” Klopp provided an update on the fitness of his squad, with Virgil van Dijk set to return at the Liberty and Dejan Lovren, Ragnar Klavan and Mohamed Salah working their way back from illness.

He also confirmed Loris Karius would start once again, having taken over from Simon Mignolet as Klopp’s No. 1 goalkeeper.

And the German discussed the possibility of further January transfers, suggesting Liverpool had already made their “big” signing in Van Dijk.

Liverpool have won three of their last five meetings with Swansea, including a 2-1 victory in their last away trip, and their strong form will give them confidence ahead of next week.