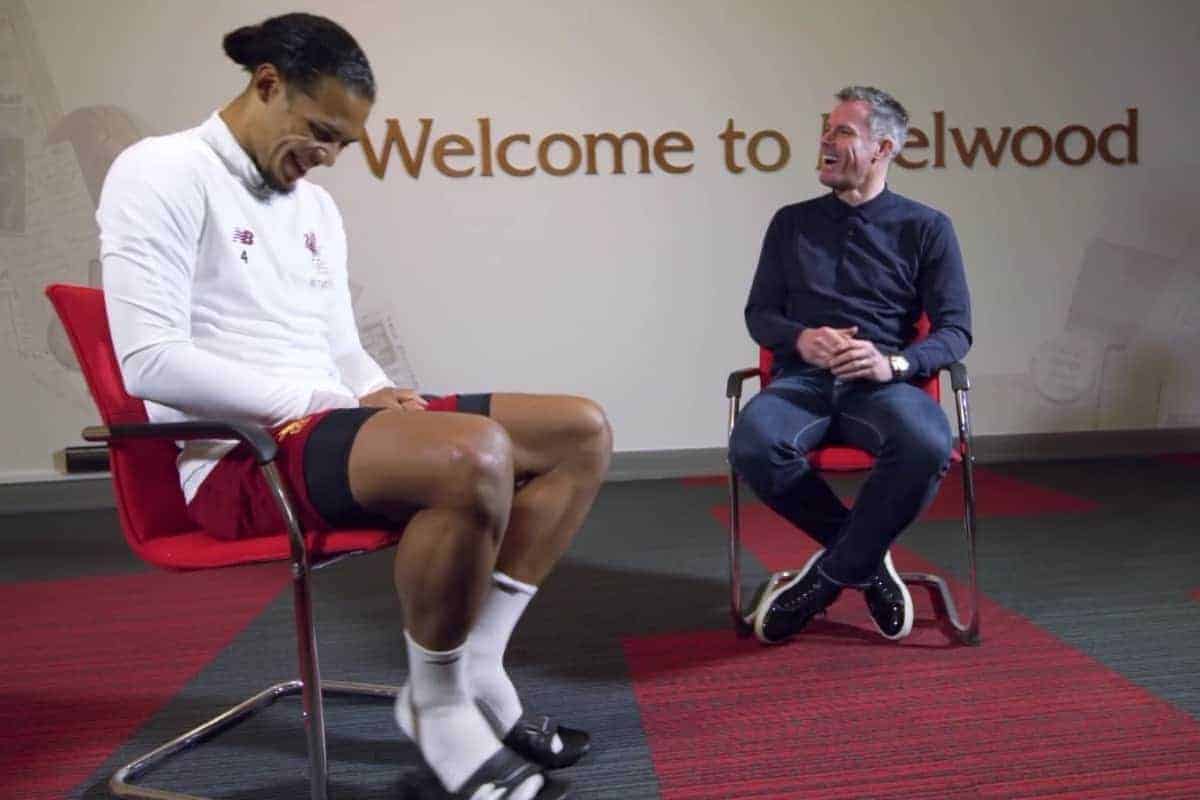 After making a dream start to life with Liverpool with the winner in the Merseyside derby, Virgil van Dijk spoke to Jamie Carragher about his hopes.

Van Dijk replicated Carragher’s feat of scoring on his debut at Anfield on Friday night, sealing the winner as the Reds advanced to the fourth round of the FA Cup at Everton‘s expense.

It was a statement from the club’s current record signing, who had made the £75 million move from Southampton just four days earlier.

Now, he is looking to settle in as a stalwart in Klopp’s revamped defensive line, as the leader Liverpool have needed since Carragher’s retirement at the end of the 2012/13 campaign.

The Dutchman could make his Premier League debut for the club in Sunday’s home clash with Man City, and ahead of the game Van Dijk spoke to Carragher about life at his new club.

“It doesn’t make me nervous,” he said of his status as the most expensive defender in world football.

“It’s a big compliment to myself for the hard work I’ve put in so far, that Liverpool are willing to pay that much money. I can’t change anything about that.”

Van Dijk also discussed his messy exit from St Mary’s, his “unbelievable” maiden outing for the Reds and bringing leadership to Klopp’s back four.

“I’m a player who needs to be vocal, needs to talk, otherwise I’m not 100 percent myself either,” he said.

“I need to be coming off the pitch every game with my voice gone, and that’s something I can bring.”

The early signs suggest Van Dijk will be an excellent signing for the Reds, and he can continue to prove this with another strong performance against City this weekend.