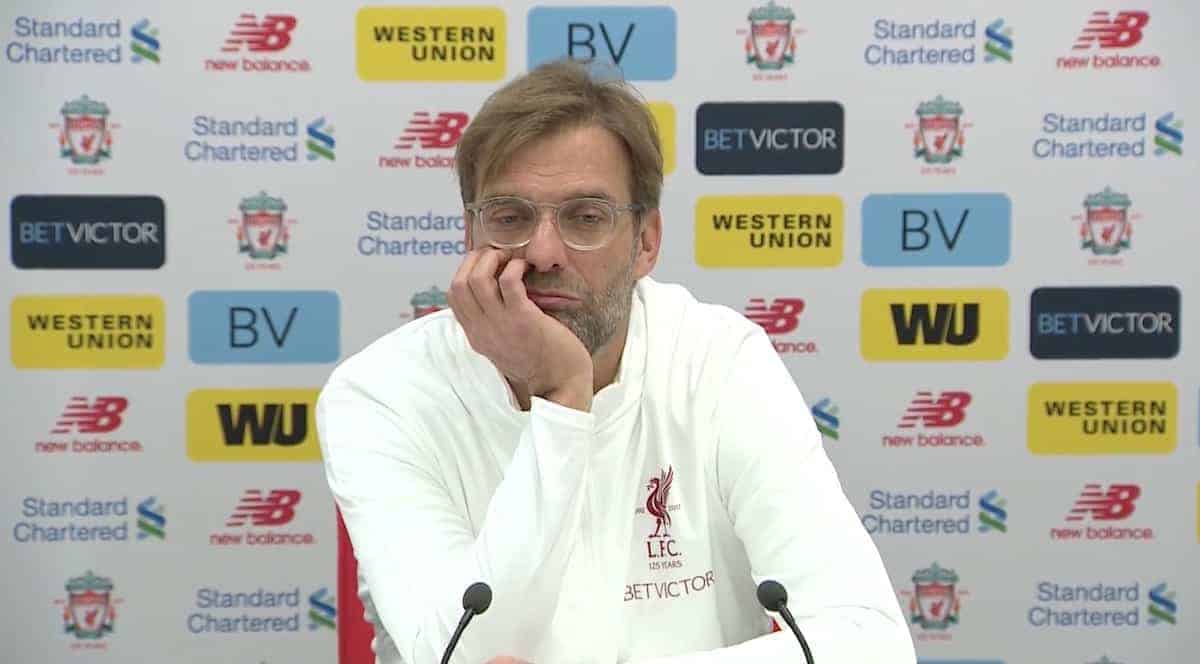 The Reds’ boss had plenty to discuss, with this being the first press conference since Philippe Coutinho‘s departure last weekend.

Klopp refused to focus on players needing to come in and replace the Brazilian, instead saying there was no need for a replacement and that the current squad can improve further.

Klopp gave little away on Coutinho and also on Daniel Sturridge‘s future, but did say “Until January 31st a lot of things can happen in the transfer window.”

He said: “We have open eyes through this transfer window, but we will not make crazy things.

“It will be ‘right’ before ‘expensive’.”

On the match itself, Klopp said: “It’s interesting to play against City.

There was also team news and talk on Virgil van Dijk.