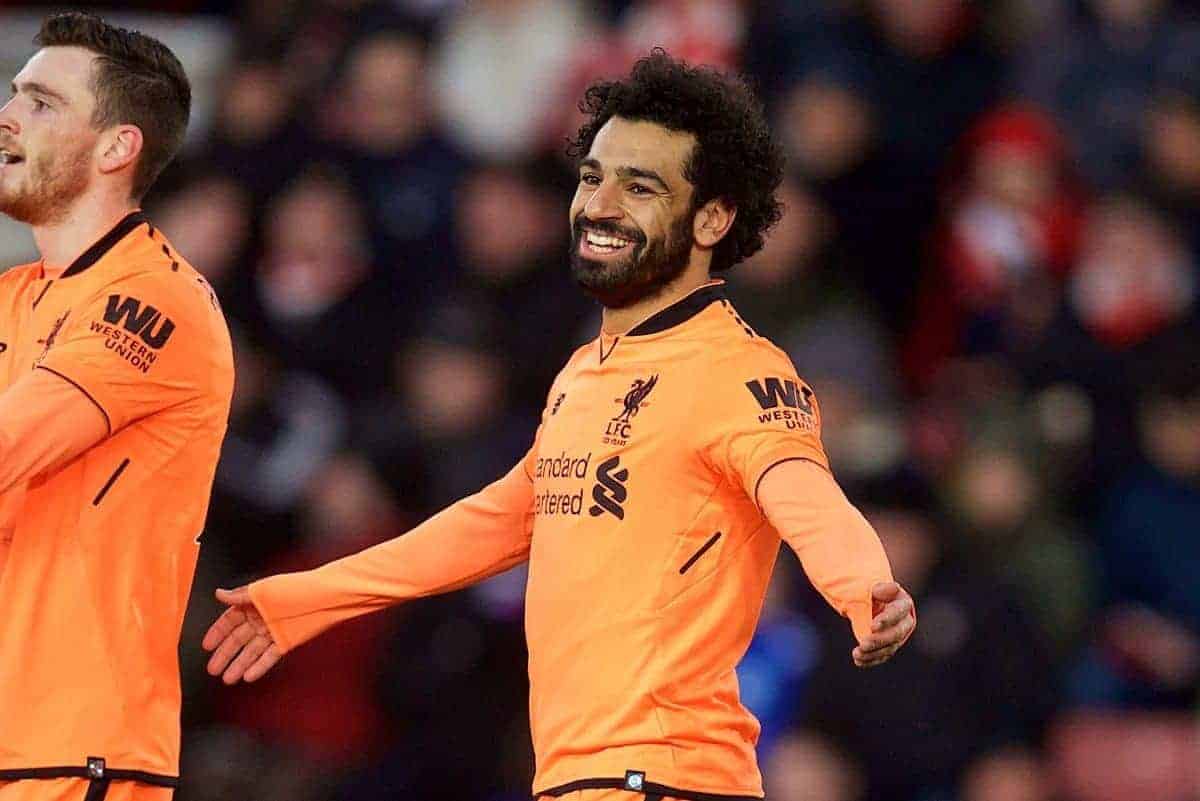 Liverpool were too good for Southampton at St Mary’s on Sunday, with Roberto Firmino and Mohamed Salah again stealing the show.

After dropping points late in the day against Tottenham last weekend, it was crucial that the Reds picked up three points in the top-four battle.

Jurgen Klopp made three changes to his personnel, as Joel Matip, Gini Wijnaldum and Alex Oxlade-Chamberlain came in for Dejan Lovren, Jordan Henderson and James Milner.

Virgil van Dijk was predictably the subject of the boo boys on his return to the south coast, but he was an immaculate presence at the heart of the Liverpool defence.

The Reds got off to a perfect start, with Salah capitalising on Wesley Hoedt’s error, before teeing up Firmino for his 20th goal of the season.

The Brazilian cut a delighted figure, with his ever-improving finishing on show…

Firmino returned the favour with an outrageous back-heeled assist shortly before the interval, with Salah finding the scoresheet yet again.

The brilliant duo celebrated together, it’s 49 goals between them in all competitions this season!

Sadio Mane was again not close to his best, but one acrobatic second-half effort threatened to make it 3-0.

The away supporters were in great voice. Tickets for the match were priced just £20, and a banner from Spirit of Shankly read that ‘Twenty’s Always Plenty.’ Klopp was unsurprisingly delighted at the final whistle, on a good day at the office for the manager, especially with United losing earlier in the day. Next up for the Reds’ is Wednesday’s Champions League last-16 first-leg clash away to Porto, as they continue their quest for European Cup number six.