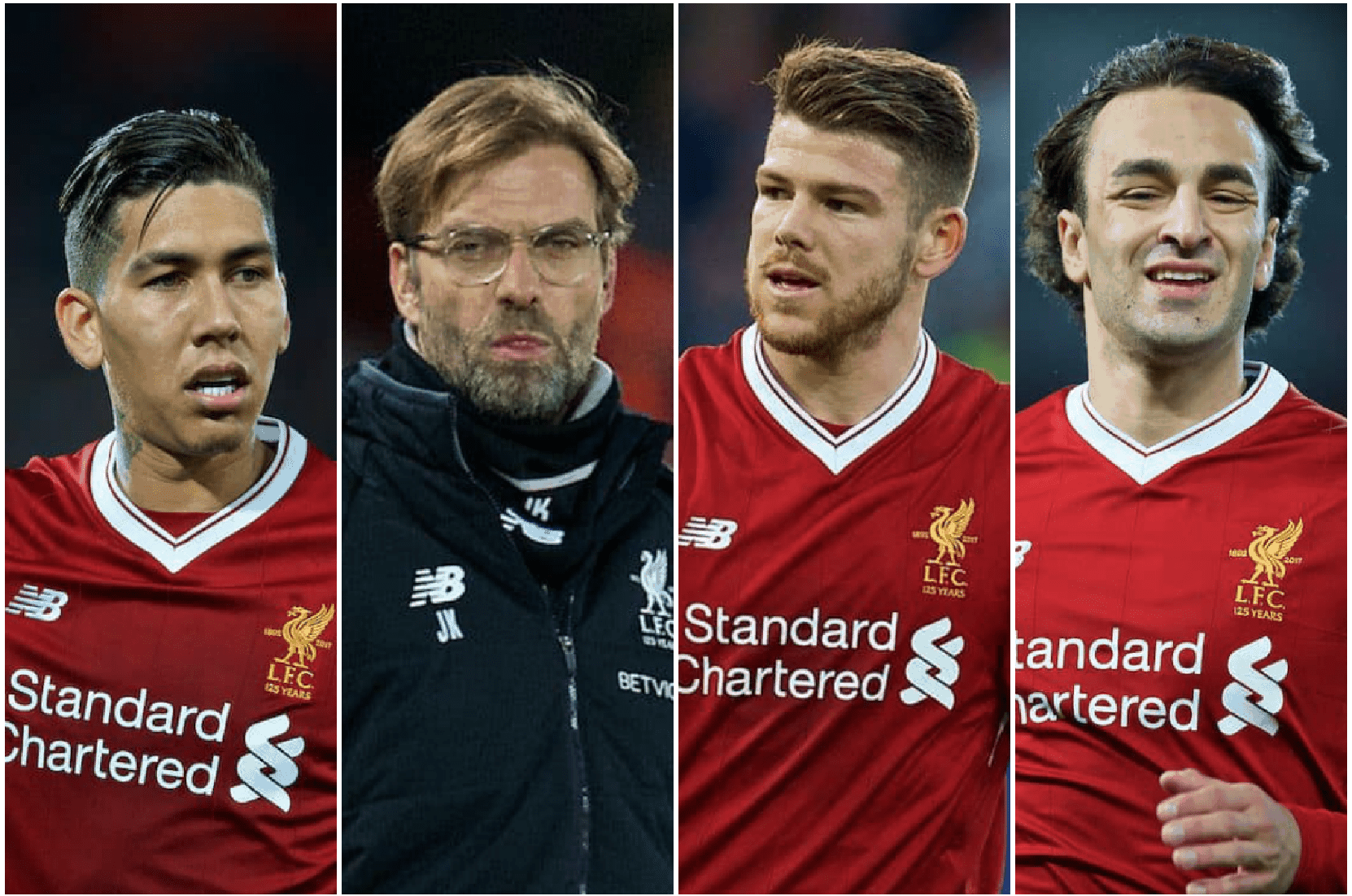 Here’s Saturday’s roundup of all the latest news affecting Liverpool, including Roberto Firmino hoping for a new contract and derby defeat for the U18s.

Liverpool aren’t in action until Sunday, but there have still been plenty of column inches dedicated to the Reds.

From Steven Gerrard’s youthful charges being in action to ongoing transfer rumours, there was again plenty to talk about concerning Liverpool.

Here’s a roundup of the most notable points from Saturday… Roberto Firmino has given an interview to Brazilian outlet Esporte, outlining his happiness at Anfield and intent to renew his contract.

The Brazilian forward spoke of the influence of Jurgen Klopp and his progress after changing position to centre-forward, as well as his hopes for the remainder of the season.

Firmino believes the team are making great strides and will compete all the way for the Champions League and is well-placed to offer a threat in future seasons.

Just as importantly, the No. 9 reaffirmed his commitment to the club and spoke about his hopes of signing a contract to extend his Anfield stay. Southampton don’t have many injury worries ahead of hosting the Reds on Sunday.

We have nothing to report in terms of injuries, which is good but we will wait until tomorrow,” manager Mauricio Pellegrino said in his press conference.

“There is just Charlie [Austin] at the moment who is outside of the squad but the rest of the team are ready.”

The Saints have new £19 million signing Guido Carrillo available; the forward has played twice so far since joining in January, but is yet to score for his new club.

As for Liverpool, Klopp told reporters on Friday that his only concern was over Joe Gomez.

The right-back is not yet ready to return but Alberto Moreno and Ragnar Klavan are both in the squad.

A Championship record fee will be required to snare a deal for one of the most impressive performers in the league.

Norwich will be demanding around £30 million for James Maddison, according to reports in the Hull Daily Mail.

The Reds will compete with Tottenham and West Ham for the midfielder’s signature, suggests the story.

Out on loan winger Lazar Markovic is hoping to jump start his career in Belgium, but he hasn’t had the best start.

Anderlecht Online report that the Serbian international has been put on a special training programme to get fit before playing any meaningful part for the first team.

Manager Hein Vanhaezebrouck has suggested it will be four or five weeks before Markovic is ready to feature, having produced abysmal results in his fitness tests—which didn’t take place until after he signed on loan.

Markovic didn’t play for the Reds this term and has not yet featured in a competitive game under Klopp.

Third to play for

Saturday’s early Premier League match saw London rivals Tottenham and Arsenal in action, with both below Liverpool in the pre-game league table.

A 1-0 win for Spurs saw them leapfrog both Chelsea and the Reds into third, however.

It makes it all the more important for Klopp’s men to return to winning ways when they head to Southampton on Sunday, with Chelsea not in action until Monday night against West Brom.

Should Liverpool indeed take three points against the Saints, they will have a nine-point buffer over sixth-place Arsenal.

But keeping clear of Chelsea and Spurs will be more pivotal as the race for the top four positions really hots up. Finally, there was disappointment at U18 level as the Reds lost 3-1 to their Everton counterparts.

Liverpool found themselves three goals behind in the first half, before Glen McAuley pulled one back before the break.

The likes of Liam Millar, Kamil Grabara and Adam Lewis were all in action for Steven Gerrard’s side.