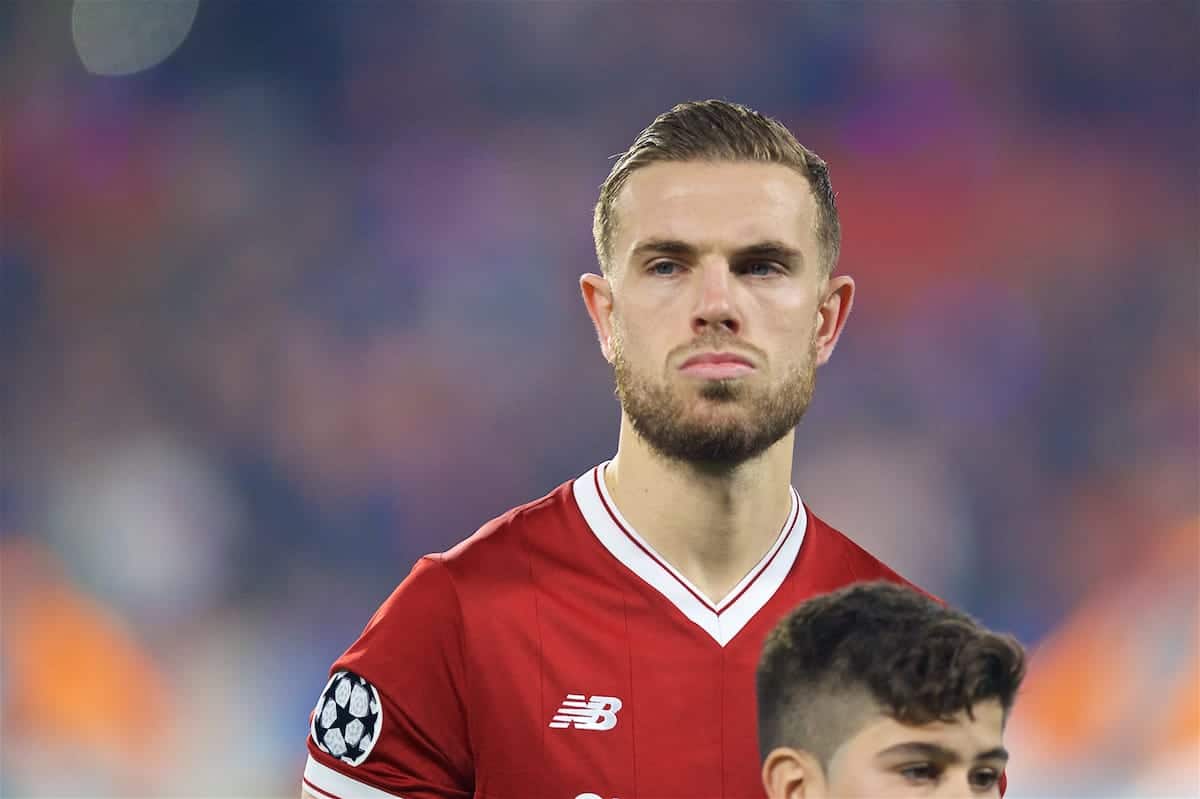 Jurgen Klopp can call upon a near full-strength squad ahead of Liverpool’s Champions League last-16 first-leg clash with Porto on Wednesday night.

The Reds take to the Estadio do Dragao looking to secure a vital win on their first knockout-stage clash in Europe’s top tier since 2009.

Having got back to winning ways away to Southampton on Sunday, Klopp’s side can hope to extend their unbeaten run to four games and secure an aggregate lead before the return leg at Anfield.

Klopp has an almost fully fit squad to select from in Portugal, with Ragnar Klavan available again after injury and Joe Gomez likely to recover from a knee problem.

His only definite absentees are Nathaniel Clyne, who returned to full training this week but is a long way from fitness, and Emre Can, who is suspended.

So how should Klopp line his Liverpool side up in Portugal? The Reds’ XI vs. Porto Can’s absence can be considered a blow given the German’s recent form, but Klopp has already catered for the problem by resting Henderson at the weekend.

The captain will take over in the No. 6 role, in what could be one of few changes on Wednesday.

Karius is set to continue between the sticks, preferred to Simon Mignolet, and Klopp may well opt to stick with Trent Alexander-Arnold, Virgil van Dijk and Andrew Robertson in his back four.

The only point of contention at the back is whether Lovren or Joel Matip partners Van Dijk, but with the former also rested on Sunday it could be that he comes back into the fold.

Alongside Henderson in midfield Klopp has plenty of options despite Can’s absence, but he could retain both Georginio Wijnaldum and Alex Oxlade-Chamberlain in a progressive unit.

There is cause to suggest Sadio Mane requires a spell out of the side, but given the Reds are not in action again until February 24 and this is a must-win clash, the Senegalese will likely keep his place.

Mane, Salah and Firmino could spearhead the charge in a strong, settled XI: However, given the strength of Klopp’s squad there are options for the German to rotate further, injecting energy into a side who played just three days previous.

The possible return of Gomez could see the 20-year-old replace Alexander-Arnold at right-back, while Moreno is fit and able to alternate with Robertson.

Furthermore, if Matip and Van Dijk are Klopp’s long-term duo at the back, this may be the opportunity needed to give the pair consecutive games together.

If Klopp recognises Mane’s struggles it could have an impact on the Reds’ midfield selection, as with Oxlade-Chamberlain brought off at St Mary’s the versatile ex-Arsenal man could be poised for a forward berth.

Oxlade-Chamberlain would provide a capable replacement for the off-colour Mane next to Salah and Firmino, and Milner could step in and take his place in the middle of the park.

This would leave a similarly impressive, but less likely, setup: Liverpool are widely considered an outside bet for a lengthy Champions League run, and they can make a major statement with victory over an in-form Porto on Wednesday night.

Klopp certainly has the depth to ensure Sunday’s momentum is retained and built upon with the inclusion of some fresh faces.