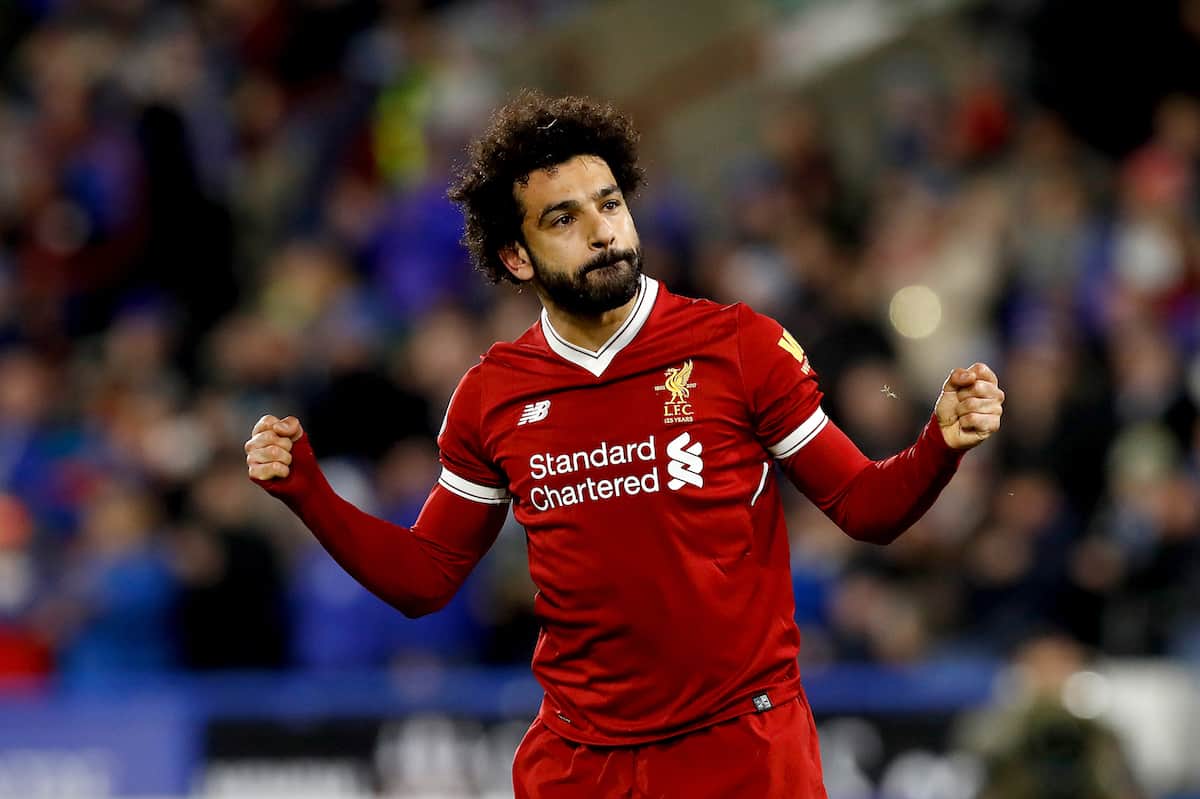 Mohamed Salah has spoken of his delight at joining Liverpool and is revelling in being a regular goalscorer for the team he says he supported as a boy.

The Egyptian forward has been sensational this season, netting two sublime goals at the weekend to take his personal tally for the campaign to 28.

His success in the Premier League has been a long time coming, after an earlier stint with Chelsea went largely without reward.

But the new No. 11 at Anfield has seen everything he touches turn to gold this year after joining Jurgen Klopp‘s outfit.

While he’d be delighted with his own form in normal circumstances, it means that much more because he’s doing so in red, Salah told FourFourTwo magazine.

“Ever since I was a kid, I had been a Liverpool fan—they were my favourite Premier League club,” he says.

“I’ve loved the club since I was young and knew this was a team I wanted to play for.

“I knew the history that this club has and, as soon as I got the chance, I had to make it happen.

“I’m happy scoring goals for the club I supported as a kid—that’s all that matters.

“We want to push ourselves to win something. For us, for the fans and for the club. That is and always will be our target.”

The Reds have one final chance for silverware this year, in the shape of the Champions League.

Salah has six goals in eight games in Europe this term and the Reds will need his scintillating return to continue if they are to enjoy a run deep into the competition. The full interview with Salah is in the March 2018 edition of FourFourTwo magazine.