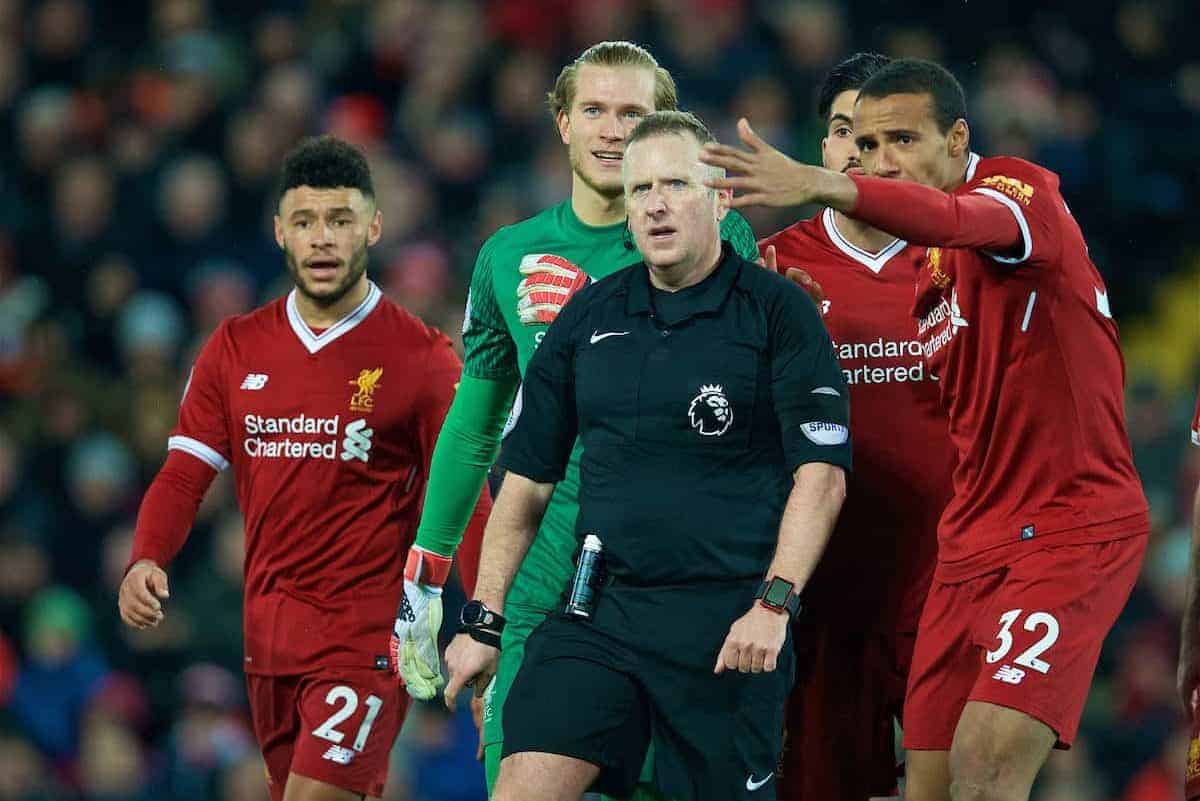 It marks a swift return to Merseyside for the official, with Moss in the spotlight this week following Liverpool’s 2-2 draw with Tottenham.

Moss awarded the visitors two penalties at Anfield on Sunday and the Professional Game Match Officials Limited (PGMOL) said he was “misguided” to ask the fourth official for help using television when awarding Spurs’ first spot-kick.

Moss asked Martin Atkinson, via his headset, to clarify if Kane was offside after he had been brought down by Loris Karius, who saved the penalty.

Moss was seen on camera asking Atkinson if there was “anything from TV” but he stuck to his decision without receiving a response.

It was ruled Moss was correct with Dejan Lovren having been adjudged to have deliberately played the ball in the build-up.

“For the avoidance of doubt, Atkinson did not view a television monitor and did not relay any information to the on-field officials,” PGMOL said in a statement. He consulted with linesman Eddie Smart, who brought the foul to Moss’ attention.

The Premier League announced on Tuesday that Smart will also run the line at Goodison Park along with Andy Halliday, while the fourth official will be Paul Tierney.

Man United 0-5 Liverpool – As it happened