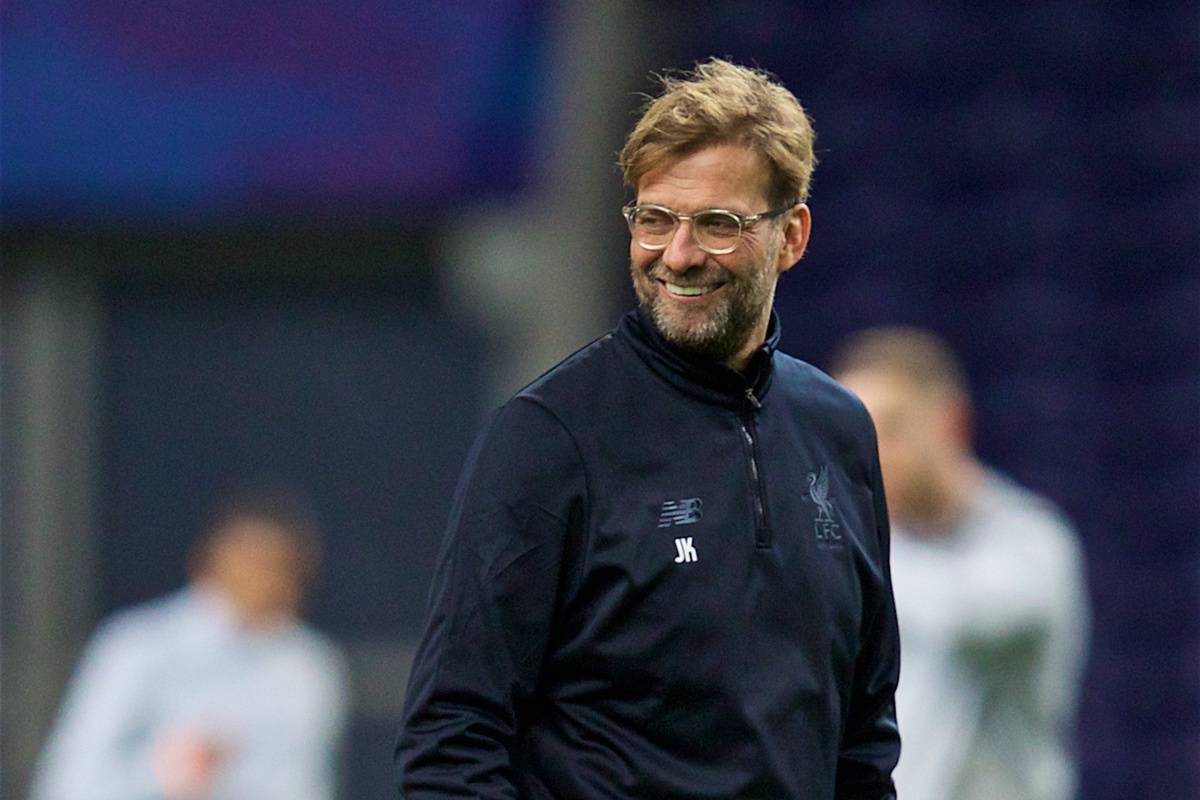 Jurgen Klopp insists Liverpool can compete with Europe’s best even if no-one is giving his side much of a chance in the Champions League.

Wednesday’s last-16 first leg tie in Porto is the Reds’ first in the knockout stage of Europe’s elite club competition since 2009.

But despite having comfortably won their group with three wins and three draws, scoring 23 goals—a record for an English club—doubts persist about their ability to go deep into the competition.

However, Klopp points to last month’s thrilling 4-3 win over runaway Premier League leaders Man City as all the evidence he needs to believe in their quality.

“I know it already we can compete with them, I don’t have to look at them,” Klopp said.

“I think probably the strongest football team in this moment in Europe is Manchester City and we played them twice already at the highest level.

“The Premier League is a little different but if we meet them then we could beat them. That is how it is.

“But it is not important right now. We are in Porto and that is the only thing.

“We can make one mistake, that is how it is in life. And of course we as a team we will never do that.”

The team have already overcome one significant hurdle in reaching the knockout phase for the first time in nine years.

And they did it in style with two 7-0 victories helping them rack up the second-highest tally of group game goals in the history of the competition behind Paris Saint-Germain, who scored 25 this season.

“Yes the last 16 in the Champions League is quite a message already,” he said.

“In other competitions it doesn’t sound too good but here, it is already a message.

“But now we have to show that we are not only part of the competition, we are quite ambitious. That is how it is and we have to take it seriously.” Critics predicted January’s £142 million sale of Philippe Coutinho would hit Liverpool hard but, in light of the goalscoring exploits of Mohamed Salah and Roberto Firmino, it has not yet.

The pair have 11 Champions League goals between them—only PSG’s Edinson Cavani and Neymar have scored more—and only Real Madrid’s Ronaldo (nine) scored more than Firmino’s six in the group stage.

“We qualified for the Champions League without Phil, he was not involved in either of the Hoffenheim games,” Klopp said.

“I don’t think [Firmino] has stepped up but maybe it is more obvious because his situations are not overshadowed by Phil Coutinho’s situations. That’s how it is. That is all.

“He doesn’t always have to be the stand-out player. As often as he can be, that’s good.

“I don’t know what other people think about Roberto Firmino—I can imagine a bit because you ask me about it—[but] people with a football brain judge him right.”