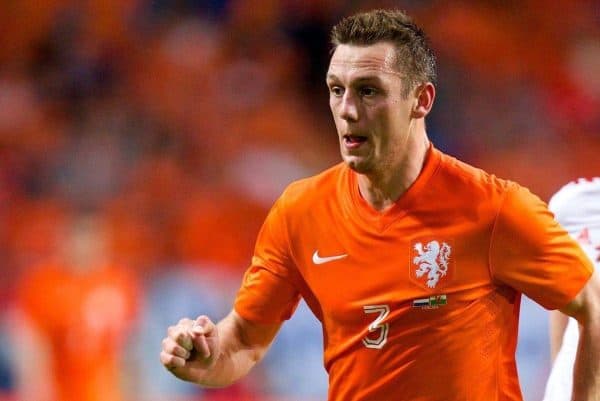 Lazio have confirmed Netherlands centre-back Stefan de Vrij is set to leave the club on a free transfer in July, with Liverpool among the clubs linked.

De Vrij joined the Serie A side from Feyenoord in 2014, having been expected to move to Man United, and has established himself as an accomplished top-level defender.

While he seemingly rejected overtures from the Premier League four years ago, the Dutchman could now be on his way to England.

The Reds were reported to have made a €20 million bid for De Vrij last summer, following the collapse of their initial approach for Virgil van Dijk, with Lazio turning down their offer.

But now, following lengthy discussions between the player and his current club, De Vrij is now due to leave Rome when his contract expires on July 1.

“Lazio have withdrawn the proposal we made for a new contract to De Vrij,” he said.

“We are withdrawing for reasons that we will explain later on. It was a choice made after many months of negotiations, but there is also a limit to how things went.

“He has been an exemplary professional and we thank him for that as well as what he’ll do until the end of the season.

“He gave a lot to the club, just as we gave a great deal to him, but our paths will divide in June.”

De Vrij has been an integral part of Simone Inzaghi’s defence this season, with Lazio vying with Inter Milan and Roma for third spot in the Italian top flight, behind Juventus and Napoli.

So far this term he has made 29 appearances, all as a starter, and scored four goals for an impressive side that also includes Liverpool alumni Lucas Leiva and Luis Alberto.

The Reds are unlikely to be the only club considering a move for De Vrij, with United, Inter, Juventus, Man City, Atletico Madrid and Barcelona all linked in the past.

But given the uncertainty surrounding Van Dijk’s long-term partner, his naturally right-footed countryman could be a prime candidate.

Liverpool were reportedly interested in signing Swiss centre-back Manuel Akanji prior to his move to Borussia Dortmund in January, highlighting the likelihood of another arrival.

Available on a free transfer, and likely receiving a glowing recommendation from Lucas, De Vrij would be an ideal signing for Jurgen Klopp.