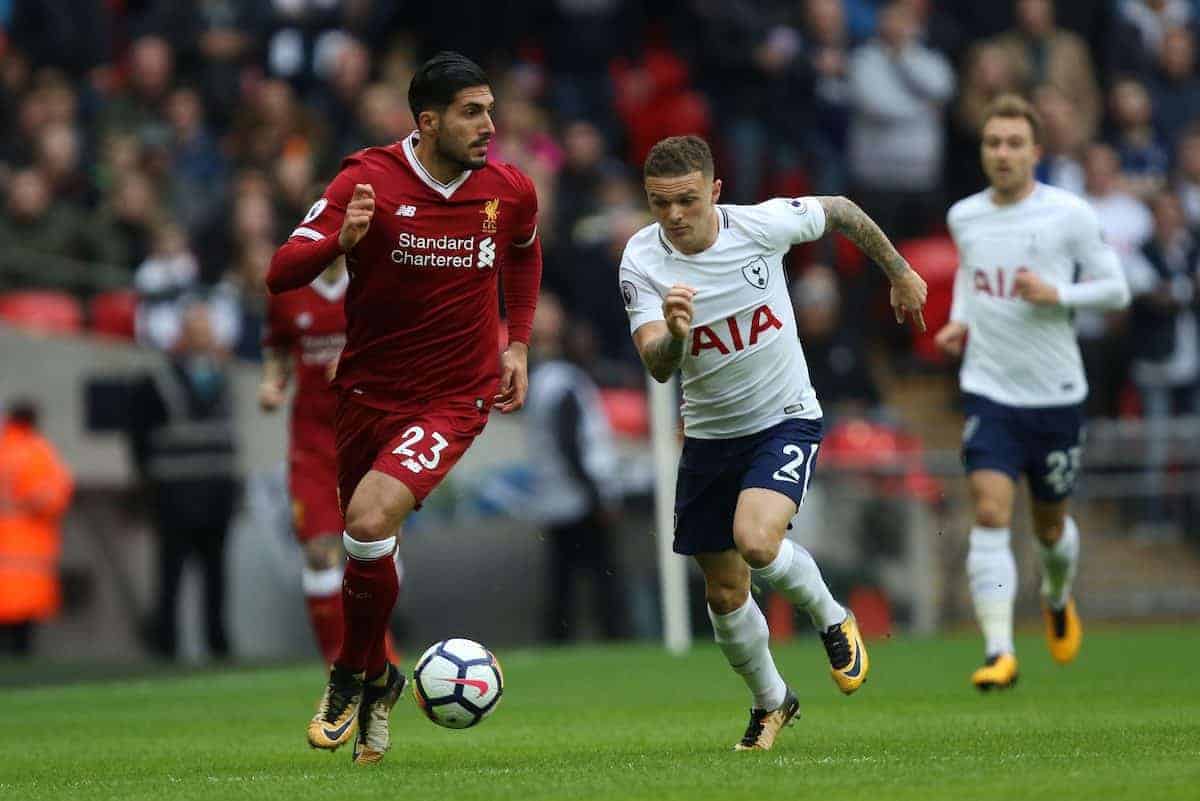 Premier League action returns to its usual weekend slot after FA Cup duties last time around, with a number of interesting games on the horizon.

Liverpool got back to winning ways on Tuesday night, beating Huddersfield Town 3-0 and halting a worrying run of two back-to-back defeats.

It was an excellent midweek in general for the Reds, with Arsenal and Chelsea losing to Swansea City and Bournemouth respectively, while Tottenham defeated Man United 2-0 at Wembley.

West Brom are now bottom of the table after their 3-0 loss at runaway leaders Man City, with Swansea and Southampton joining them in the drop zone.

There are 10 games to enjoy over the next three days, with the top four and relegation battles really starting to hot up.

One To Watch: Liverpool vs. Tottenham There is one game that stands out from the rest this weekend, with Liverpool entertaining Spurs at Anfield on Sunday.

Jurgen Klopp and Mauricio Pochettino are two of Europe’s most exciting managers and they could cook up quite a contest on Merseyside.

The Reds have just a two-point cushion over their fifth-placed opponents, so the outcome could be pivotal in the tussle for Champions League places.

It really is an impossible game to predict, with Liverpool so strong at home to rivals and Spurs possessing arguably the second-most balanced team in the country, behind Man City.

There are fascinating battles everywhere you look, from Virgil van Dijk vs. Harry Kane to Emre Can vs. Mousa Dembele, and there won’t be much in it come the final whistle.

A win for Klopp’s men would be massive, easing supporters’ fears about a lack of transfer business in the process.

One To Avoid: Brighton & Hove Albion vs. West Ham

There are plenty of important, eye-catching matches in the coming days, but Brighton vs. West Ham is definitely not one of them.

It is just impossible to get excited about.

The Seagulls and the Hammers sit 15th and 12th in the league respectively, and while this could be deemed a relegation tussle, it doesn’t yet have that level of importance to it.

Neither side are exactly famed for being thrilling to watch, either—what do you expect with a team managed by David Moyes?—and this could easily peter out into a very forgettable draw.

There won’t be too many players on the pitch capable of creating some magic out of nothing, and the Amex Stadium crowd may find a few mid-afternoon yawns coming their way.

We may be very wrong, and a 4-4 epic could be on the horizon, but that feels highly unlikely.

Man City continue to cruise towards the Premier League title, but they will have their work cut out at Burnley on Saturday lunchtime.

It feels foolish tipping the league leaders to drop points, but they haven’t quite been as imperious in recent weeks and Turf Moor is a horrible place to go.

Admittedly, the Clarets have also faded of late, but in front of the Sky cameras they will feel they can get the weekend off to a shock start.

Then, on Monday, Chelsea make the relatively short trip to Watford, fresh off the back of a dreadful 3-0 defeat at home to Bournemouth.

It was a result that few people saw coming, but it has raised question marks over just how swimmingly things are working out Antonio Conte.

The Blues have no divine right to finish in the top four this season, and Watford would love to further dent their hopes.

You could easily see the hosts getting at least a draw at Vicarage Road.