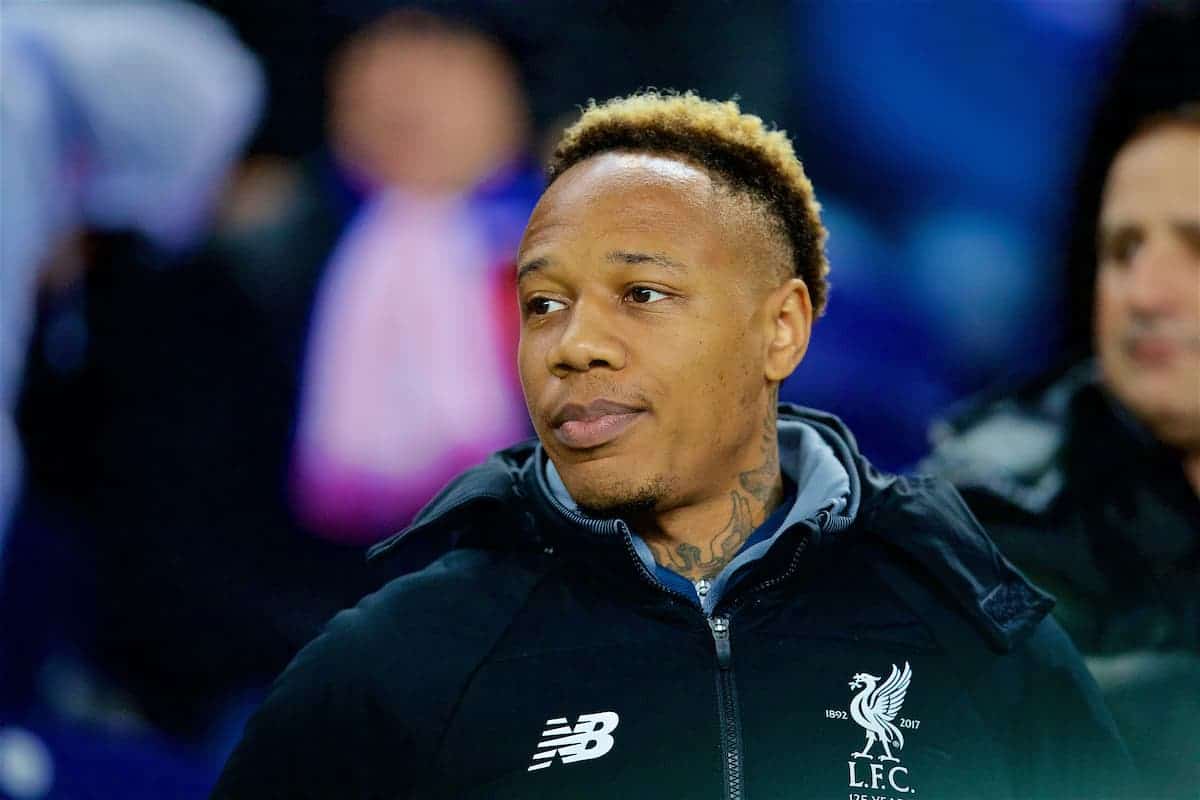 Nathaniel Clyne played his first 90 minutes in seven months as the Liverpool U23s won 4-0 away to Stoke City in the Premier League Cup on Sunday.

The young Reds arrived at the England national team’s training base needing just a point to advance to the last 16, but Neil Critchley set his side up for all three.

Critchley, who will have privately lamented the departures of a host of his more senior figures in the January transfer window, was able to call upon Clyne along with Joe Gomez and Dominic Solanke.

Despite their youth, Liverpool took to the field significantly stronger than their opposition, and it certainly showed. As expected, Liverpool dominated throughout the first half at St George’s Park, with their experienced spine furnished with youthful enthusiasm.

Clyne presented a solid outlet on the right flank supporting Camacho, who has enjoyed a dream week: scoring a wonder-goal for the U19s on Wednesday and training with the first team on Thursday.

The U23s’ new captain, Herbie Kane, dictated play from the middle of the park, and it was the 19-year-old’s excellent pass that set up Solanke for his first goal of the evening.

Fired up by his opener, Solanke provided the young Reds with a strong physical presence, regularly dropping deep, holding the ball up for the likes of Camacho and Yan Dhanda.

He continued to spearhead attacks, too, and was on hand to fire home a powerful left-footed effort from inside the box to make it 2-0, with Jones grabbing the assist.

Clyne remained on the field after the break, providing an encouraging update on his fitness as he works his way back to first-team contention.

The second half began in decidedly less intensive fashion as the sun went down in freezing-cold Staffordshire, with the U23s’ control providing Critchley the opportunity to introduce Adam Lewis in midfield.

Lewis was soon involved in a forward charge along with Jones and the hardworking Camacho, with the former cutting the ball back for Solanke to complete his hat-trick from a yard out.

Camacho was replaced by Bobby Adekanye on 68 minutes, and the Dutch winger built on his excellent display for the U19s in midweek by scoring a brilliant goal for the young Reds’ fourth.

A series of powerful surges down the right flank saw Clyne remind spectators of his vitality, and clearly convinced Critchley too, with the 26-year-old remaining on the pitch throughout.

The final whistle blew with the score at a resounding 4-0, capping a great weekend for the club after wins for both the first team and the U18s on Saturday, only soured by a late red card for Kane.