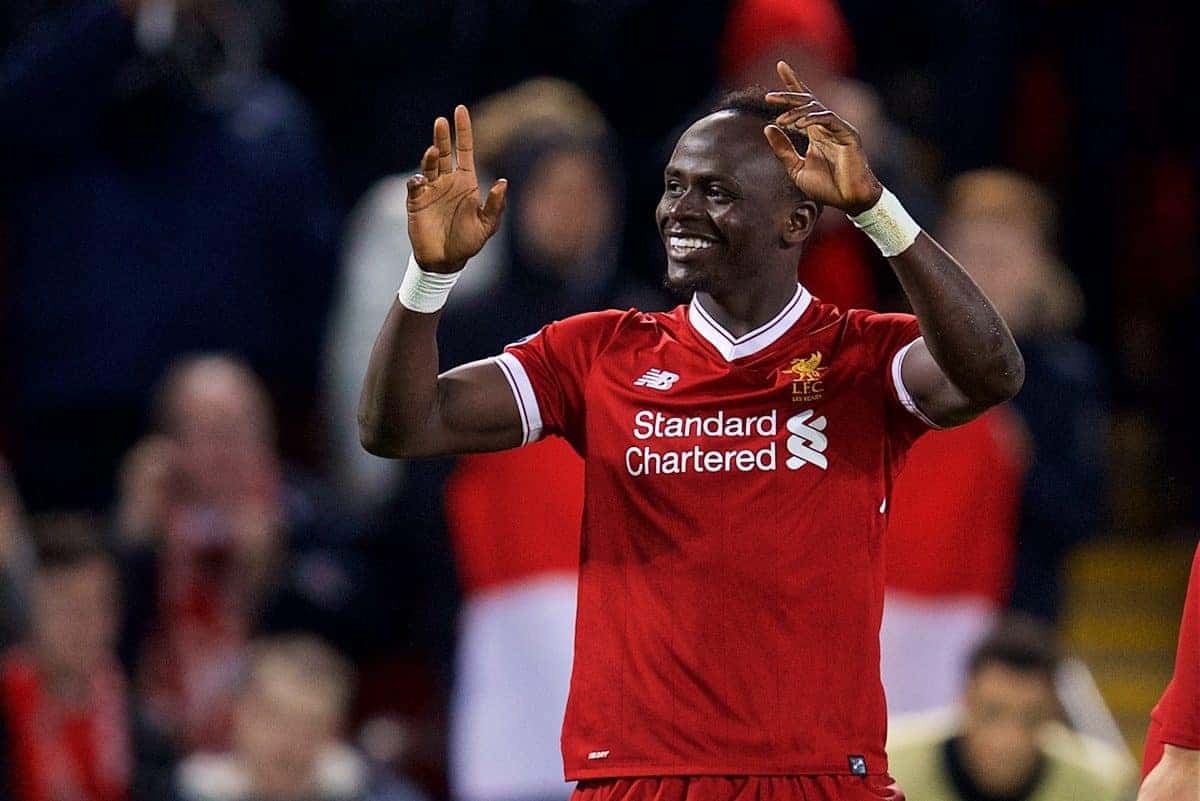 Forward Sadio Mane believes Liverpool’s power lies in their team ethic and thinks any player would want to be part of Jurgen Klopp’s squad.

Just one defeat in their last 19 Premier League matches has lifted the side into a position to challenge Manchester United for second place while they are virtually guaranteed a Champions League quarter-final place with a 5-0 first-leg lead over Porto.

Klopp’s side have scored 103 goals in all competitions this season with their forward line of Mane, 31-goal Mohamed Salah and Roberto Firmino scoring for fun.

“The team spirit is good and the confidence is here so I think we are in a good way,” Mane told Liverpool’s official matchday programme.

“Every single player is always very happy playing with each other. We always try to help each other and we work as a team.

“I think that is the team’s power and the team’s purpose. Every single player would love to play in this team.

“We are lucky boys and we are going to keep trying to work hard and give our best when we take our places on the pitch to continue to try and win the games.

“I can sense that the club is moving in the right direction. There were a couple of difficult years at Liverpool a while back but those things happen to every single club in the world.

“At the moment we are in a good way so everything is possible. I think we have improved a lot in the past few months.

“We know that on our day we can beat any team in the world.”

Mane believes the arrival of club-record signing Virgil van Dijk, who became the world’s most expensive defender last month, has already made a difference.

“He’s a great player and I know him very well because he was my team-mate when I was at Southampton too,” Mane added.

“He is a very good addition for us and we are very happy to have him in the team. For sure, he will make a difference for us.

“He is strong and technical and clever in the games. He wins a lot of balls in the air and he reads the game very well too.”