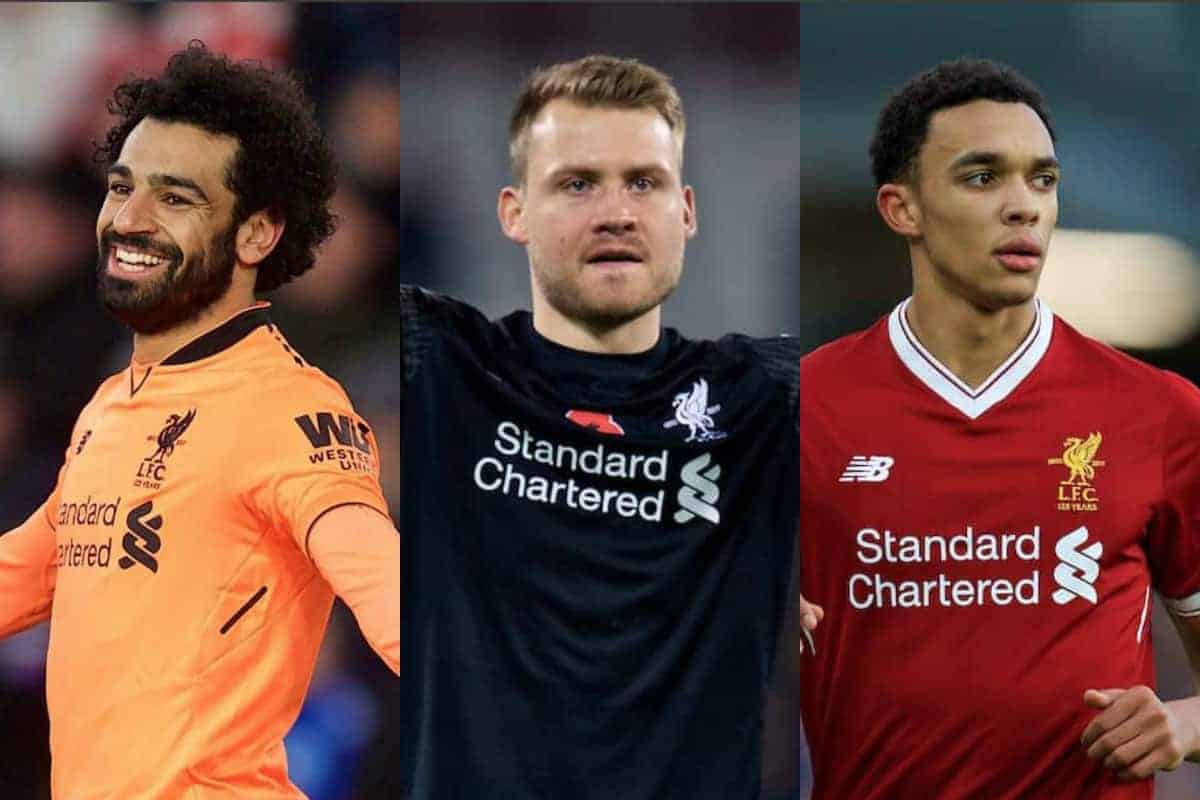 We round up the latest Liverpool FC news, including an interesting insight from Mohamed Salah on his productive role under Jurgen Klopp this season.

With his strike in Wednesday night’s 5-0 victory at Porto in the Champions League bringing his season’s tally to 30 in just 36 games, Salah’s success is undeniable.

Few would have predicted the scale of the Egyptian’s impact in his first campaign on Merseyside, but speaking to the club’s official matchday programme, he explained how Klopp had inspired his form.

“With the boss here, I play a little bit closer to the goal, more so than at any other club or more than any of my other coaches have asked me to,” he said.

“So I am always in front of the goal to give me the opportunity to score. The manager is always telling me to stay close to the goal in training.

“I don’t want to say too much because we still have a long way to go in the season and I don’t want to give too much away. But yes, it’s something we have worked on in the training sessions.”

Salah also stressed that he’s still “trying to improve,” and though he acknowledged that “you cannot score 10 goals from 10 balls,” his record so far is certainly encouraging. With the World Cup fast approaching, Simon Mignolet‘s drop down the pecking order under Klopp could be damaging to his international prospects.

The 29-year-old has played just once since New Year’s Day, with Loris Karius now preferred for both the Premier League and the Champions League and improving by the game.

However Belgium manager Roberto Martinez has told Het Belang van Limburg he will make it to Russia despite an “annoying” change in circumstances.

“We know what Mignolet can do and if he is fit, he will certainly come along [to the World Cup],” he insisted.

“He is now on the bench at Liverpool and that is annoying for him. But he is a top professional. We will mainly support him during this difficult period.”

Mignolet is expected to leave the Reds at the end of the season, with Klopp considering his options in terms of replacements. Trent Alexander-Arnold has been in excellent form rotating with Joe Gomez as Liverpool’s right-back this season, with his most recent run in the side arguably his best yet.

The 19-year-old’s appearances against Tottenham, Southampton and Porto saw him tally three consecutive starts for the first time in his senior career.

And the CIES Football Observatory have noted his progress and potential, ranking him among Europe’s most promising players under the age of 20 when considering their game time so far.

However, Alexander-Arnold is relatively low in their top 50, at 41st, leaving him behind the likes of Timothy Fosu-Mensah (Crystal Palace), Ronaldo Vieira (Leeds) and Tom Davies (Everton). At 22, Marco Asensio is already an eight-cap Spain international and a first-team regular for Real Madrid, and has scored in a Champions League final.

But according to reports in Spain, all is not well at the Bernabeu, with Diario Gol claiming he will seek an exit if Zinedine Zidane remains manager next season.

Furthermore, he is said to have told Real that he has “five offers” to leave, with Liverpool joined by Juventus, Bayern Munich, Arsenal and Chelsea in their interest.

The Reds were previously claimed to have seen an £131 million bid for the 22-year-old rejected last month, though both lines of speculation are decidedly dubious.

It must be noted that Asensio’s team-mate and countryman, Isco, was reported to be in the same position not long ago, before Zidane quashed any suggestions of a rift.