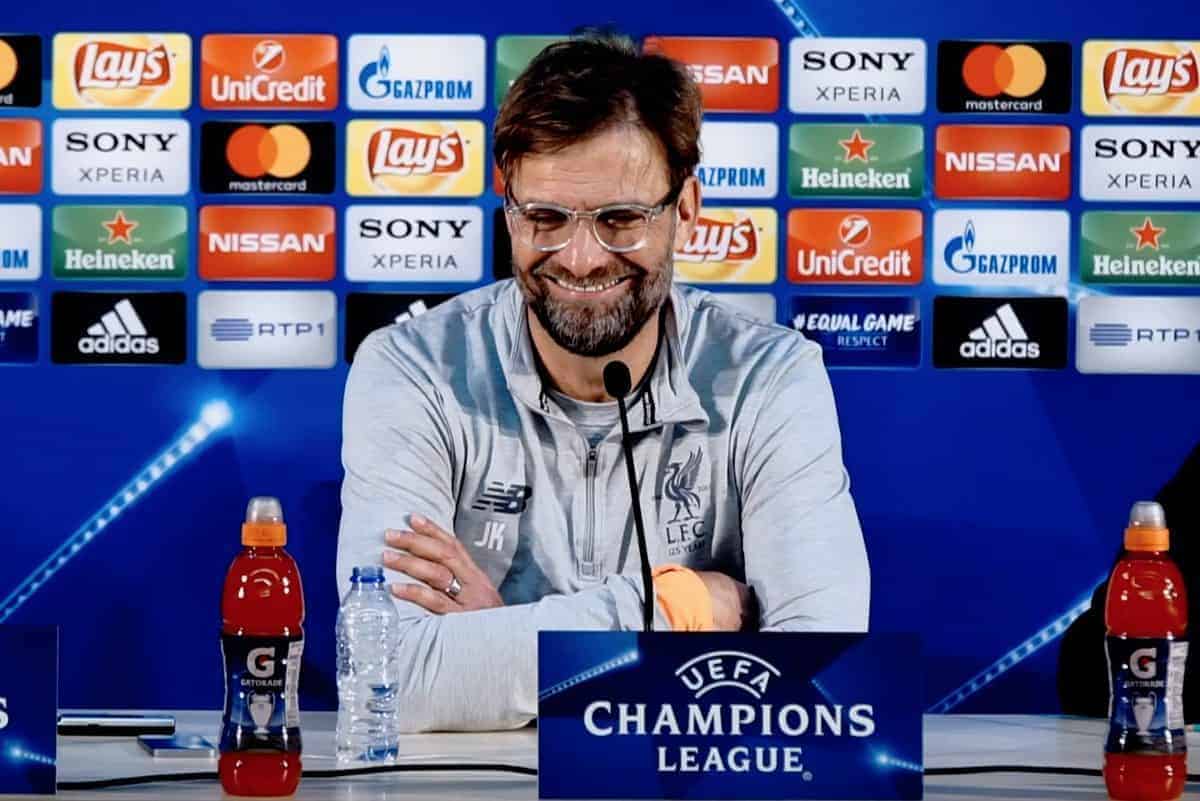 Jurgen Klopp was full of praise for his Liverpool side after they sealed a priceless 5-0 win over Porto in the Champions League on Wednesday night.

The Reds have all but secured their place in the quarter-finals of Europe’s top-tier tournament after a sensational showing at the Estadio do Dragao.

A Sadio Mane hat-trick and goals from Mohamed Salah and Roberto Firmino left the Primeira Liga leaders embarrassed at home, with Liverpool scintillating throughout.

Speaking to reporters after the game, Klopp praised his side for a performance that was “as good as necessary.”

“In the end it was a high result but I think everyone saw in the game all the moments when we were not as compact as we wanted to be and Porto was immediately strong,” he said.

“They had their moments and we scored fantastic goals in the right moment.

“For tonight, we did the right things in the right moments, so we won the game.”

Klopp also hailed both Salah and Mane for their contributions, with the latter returning to form after a long lull.

On the Senegalese’s treble, Klopp said: “Tonight he showed it again what a fantastic player he is.”

Liverpool now head to Marbella for a four-day training camp, before preparations continue at Melwood next week for the visit of West Ham in the Premier League on February 24.