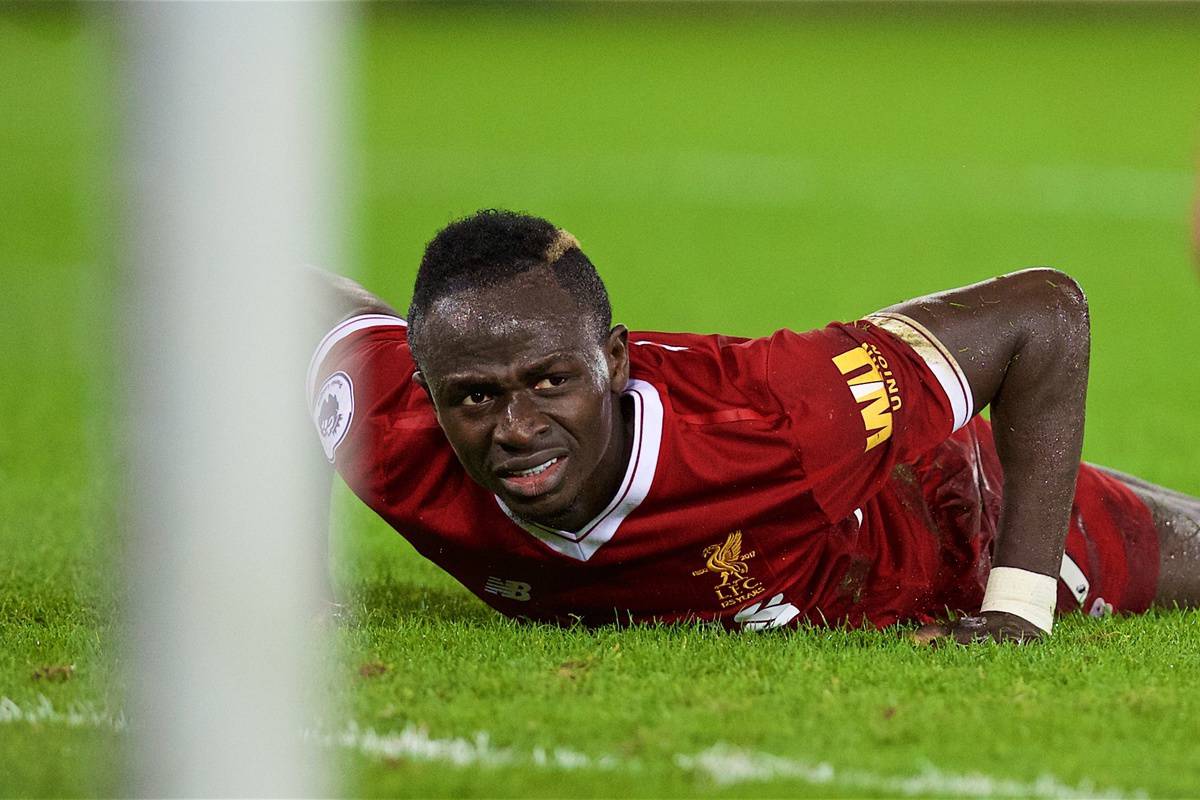 Liverpool manager Jurgen Klopp has no concerns about Sadio Mane’s slump in form.

The Senegal international was the club’s stand-out player last season, his first in a red shirt, but has since been overtaken by Mohamed Salah, Roberto Firmino and the now-departed Philippe Coutinho.

A three-match ban for a red card at Man City in September and an injury have disrupted Mane’s season but even though he is now back to full fitness, he still appears to be struggling for anything close to his best.

He has still managed to score two brilliant goals against Burnley and City, which are completely at odds with his general all-round play.

However, Klopp is not too worried about the forward seemingly struggling for confidence.

“I don’t think too much about it, to be honest. Even if Sadio is not at his best, he’s still a threat,” he said.

“He had the two biggest chances at Huddersfield and didn’t score but no problem. You need to carry on.

“I realise good moments, fantastic moments and average moments of players but it’s not always you can change it immediately.

“You have to go through, build on the good things and work on the not so good things.

“Sadio on an average day is still a fantastic player—that’s the good news.

“In this season he’s had interruptions with injuries and a red card. Not perfect.

“For sure the new situation too with Mo Salah in. They are best mates so not jealous but everyone is watching him.

“It’s about adapting to different situations and how the team grows together. Sadio can play better, we all know, so let’s work on it.”

Despite his struggles Mane, is expected to start when Tottenham visit Anfield on Sunday in a match which could play a significant part in the race for the top four.

Liverpool head into the weekend two points ahead of fifth-placed Spurs and have a chance to open up a cushion over one of their rivals.

The Reds will also be hoping to avenge the 4-1 defeat at Wembley back in October which Klopp still ranks as one of the worst, if not the worst, performance of the season.

“In terms of our targets and what we want to achieve, this is very important—it’s a six-point game,” he added.

“The only advantage one team can have in this situation is to play at home. We’re at Anfield and I am looking forward to it.

“I watched Tottenham’s game versus Man United. They were sharp and looked really good.

“It’s not very often that you keep Man United away from your own goal like Tottenham did in that game.

“They are in a good moment but our moment isn’t too bad either.”