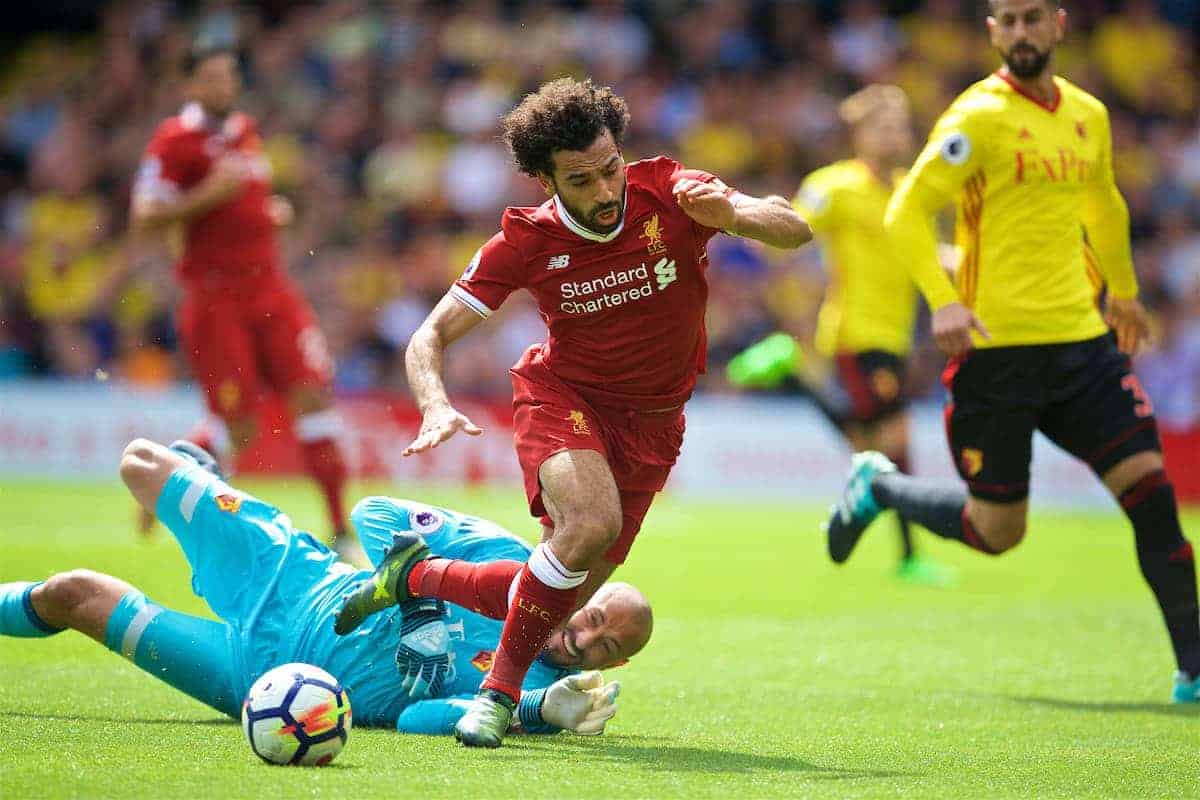 There is both Premier League and FA Cup football to look forward to this weekend, with Liverpool facing a must-win clash at home to Watford.

The Reds were beaten 2-1 at Man United last weekend, with early mistakes punished and the performance never getting going at Old Trafford.

Saturday’s visit of Watford must result in three points, as the pressure builds in the top-four battle.

Chelsea and Tottenham securing victories made it a weekend to forget for Liverpool, and there were also wins for Burnley, Leicester City, Newcastle United, Everton, Arsenal and Man City.

Along with the Premier League this weekend, the FA Cup quarter-finals take centre stage, ahead of the tedium of next week’s international break.

One To Watch: Liverpool vs. Watford Liverpool have made a habit of not showing up at Old Trafford over the years, and unfortunately last Saturday was another such occasion.

Despite an improved second-half performance, Jurgen Klopp‘s side never did enough to warrant getting something from the game.

Defeats away to rivals can happen, and the important thing is that the Reds now respond in style as Watford make the trip to Anfield.

The Hornets sit 10th in the league table with very little to play for, so it could prove to be a one-sided affair.

We will learn a lot about this Liverpool team this weekend, with a resounding victory showing that the United loss was a minor speed bump in an otherwise positive season.

With none of their top-four rivals playing in the league, this a great chance to apply some pressure by getting points on the board.

One To Avoid: Man United vs. Brighton

Regardless of what you think about United’s style under Jose Mourinho, they are a very well-drilled side who invariably get results, despite Tuesday’s pleasing Champions League defeat to Sevilla.

They showed that against Liverpool, pouncing on mistakes, sitting deep and getting the win, albeit thanks to some questionable refereeing.

United are a horribly dull team to watch, and Saturday’s FA Cup quarter-final clash at home to Brighton won’t be worth tuning in to.

The Seagulls have bigger fish to fry in the relegation fight, and they are likely to lie down to their superior opponents at Old Trafford.

It will be a comfortable day at the office for Liverpool’s huge rivals, sadly, as they coast into the semi-finals.

You could be doing more exciting things with your Saturday night.

Three of the cup quarter-finals this weekend don’t look like particularly enticing affairs, with United, Southampton (away to Wigan) and Spurs (away to Swansea City) all strong favourites to progress to the last four.

The match that finishes off the weekend looks like a entertaining game, however, and one that could easily produce a surprise result.

Leicester are arguably the best of the rest outside of the Premier League‘s top six, and they will fancy their chances against Chelsea at the King Power Stadium.

It is never an easy place to go, and with question marks still surrounding Antonio Conte’s future—they were soundly beaten by Barcelona in midweek—this is a good time to face the reigning champions.

While Chelsea are still favourites to book a semi-final date at Wembley next month, Leicester are right in this game.