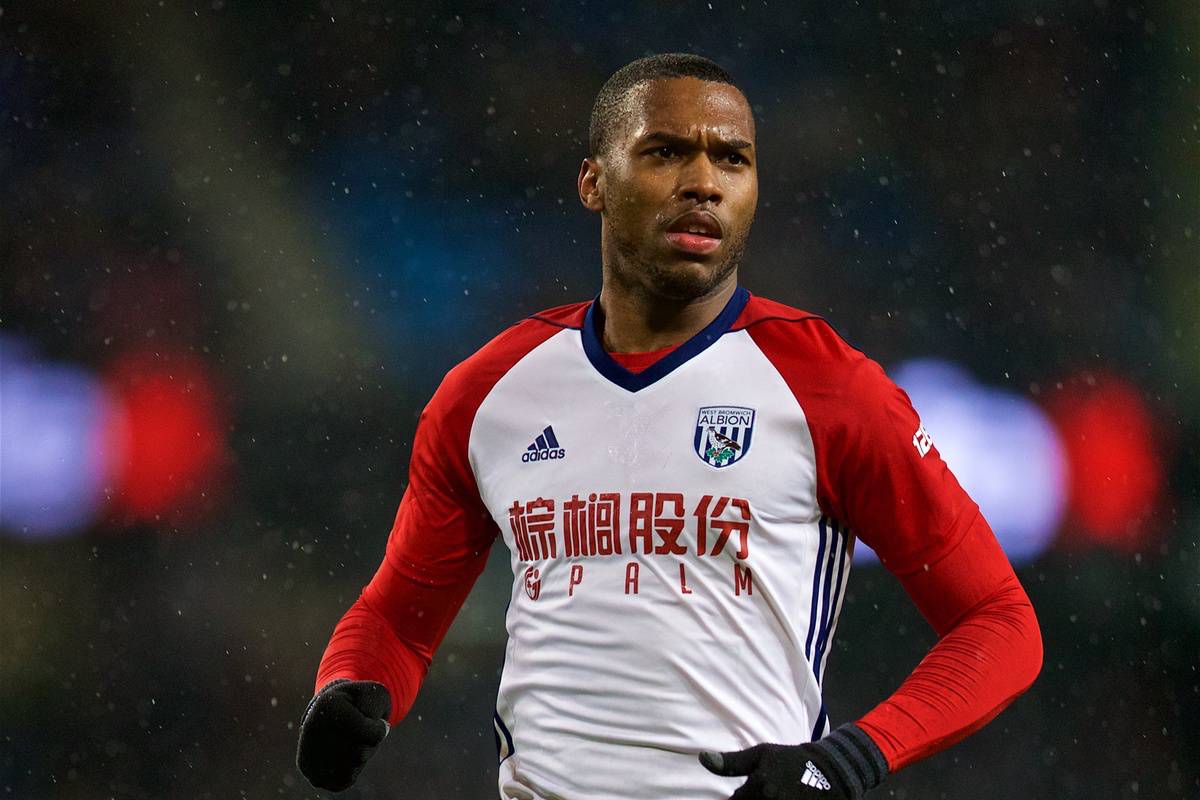 Daniel Sturridge‘s physical fortitude will be tested as the Liverpool striker prepares to end his frustrating loan spell with West Brom on a high.

Sturridge joined the Baggies on a temporary deal at the end of the January transfer window, but has so far made just three appearances for the club.

With Alan Pardew’s side facing relegation to the Championship in May, Sturridge’s inability to play more than 78 minutes over the past two months will be a major disappointment.

The 28-year-old limped off with a hamstring injury just three minutes into West Brom‘s 3-0 loss to former club Chelsea in February.

Pardew maintained hopes his absence would not be lengthy, however, initially claiming he could only miss “a couple of weeks,” having previously explained how he would “slowly build his stamina over the games” rather than in training.

This has clearly failed to pay off, with Sturridge now having missed four Premier League games, all of which his side lost—including to relegation rivals Huddersfield Town.

But according to the Birmingham Mail, the No. 15 “is edging closer to a return,” and could be included for Saturday’s clash with Burnley at the Hawthorns.

Having made his comeback to training last week, Sturridge “came through the sessions without bothering the hamstring strain suffered at Chelsea,” which Pardew will hope is not a false dawn.

Since his breakthrough campaign with Liverpool in 2013/14, Sturridge has played just 87 times at club level in four seasons, scoring 28 goals and assisting a further 10.

In his first full term at Anfield alone he struck 25 and laid on nine in 33 appearances, highlighting how his diminishing fitness has impacted his top-level potential.

This latest struggle, far from the lofty heights the Reds are currently operating at, is a blow to Sturridge’s long-term hopes.

He is unlikely to have a future under Jurgen Klopp when he returns to Merseyside this summer, but having so far failed to prove himself at West Brom it is difficult to see a route away.

The Baggies have seven games left to play before the end of the season, and are currently seven points off 19th-placed Stoke City, rooted to the bottom of the table.

They have scored fewer goals than any other side in the Premier League, Championship, League One and League Two (24), and have also won the least amount of games (three).

Sturridge was brought in to fire West Brom away from the drop, but has been unable to do so, and his return from injury represents a last-gasp attempt at proving his vitality.