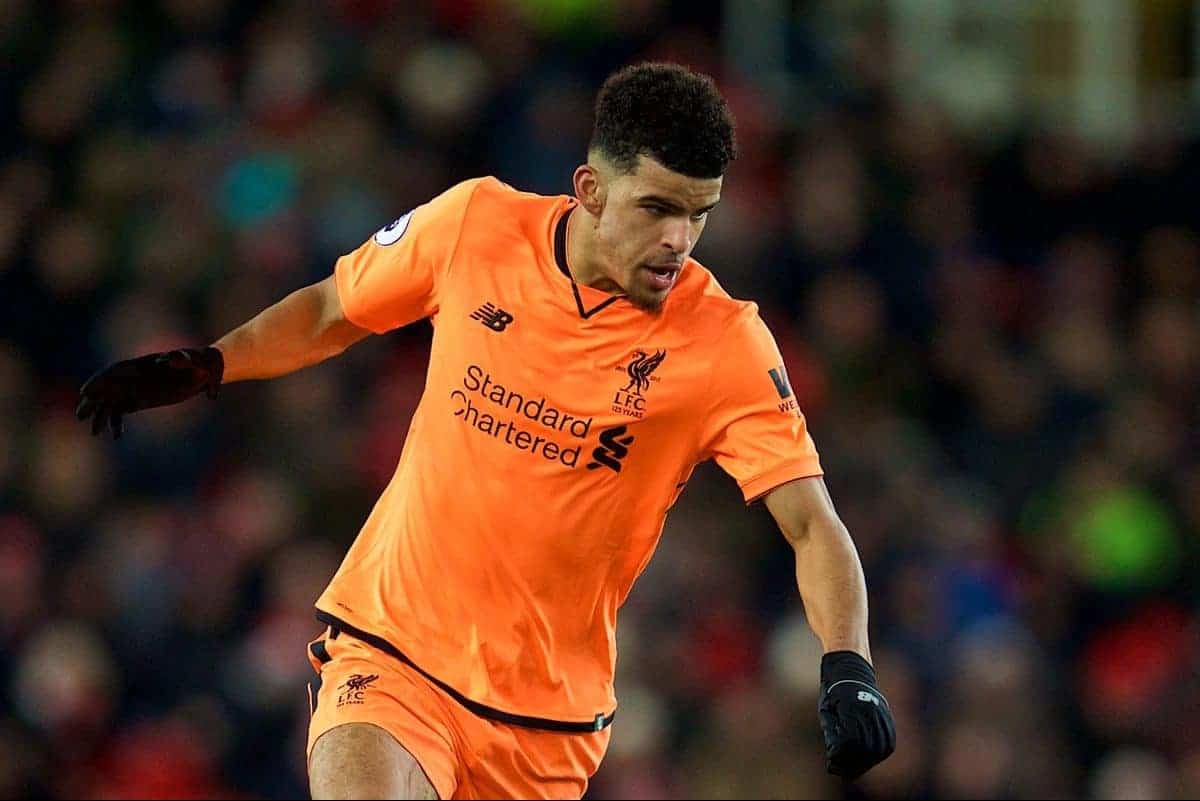 The 20-year-old scored a late winner in England Under-21s’ 2-1 Euro 2019 qualifying victory over Ukraine on Tuesday.

All of Solanke’s three goals this season have come for the Young Lions as he is kept on the bench at Anfield by 36-goal Mo Salah and Roberto Firmino.

He has made just three Premier League starts since joining from Chelsea last summer in search of more game time but it is an improvement on the 17 minutes he managed for the Blues.

“It’s always frustrating when not playing but I’m enjoying it at Liverpool. You can say it’s different (to Chelsea),” said Solanke, who has made 21 appearances in total for Liverpool.

“Being at Liverpool there’s a lot of competition and there are going to be tough times but coming to England is always another time to express yourself.

“There are crazy players at Liverpool, especially in my position, and I’ve definitely learned a lot.

“You always have to take the positives and we are doing so well at the moment. The front players have been phenomenal, it’s a good lesson.

“Mo is on fire, I’m so happy for him, and he is unstoppable and it’s helping us a lot.”

Solanke failed to train for much of the build-up to the qualifier due to a toe injury and missed Saturday’s friendly win over Romania.

But he came on with 13 minutes left in Sheffield to net a late header, after Mykola Shaparenko cancelled out Dominic Calvert-Lewin’s opener, to keep England five points clear at the top of Group 4.

He was also set to be captain after boss Aidy Boothroyd picked him to be Joe Gomez’s successor before injury struck.

“I was amazed when he (Boothroyd) told me, it was a shame I didn’t manage it,” said Solanke, top scorer as England won the Under-20 World Cup last year.

“I didn’t manage to train too much as it just came on before the Romania game.

“The day before the first game it was very painful and I had to come out of training and a couple of days after I didn’t even put a boot on.“