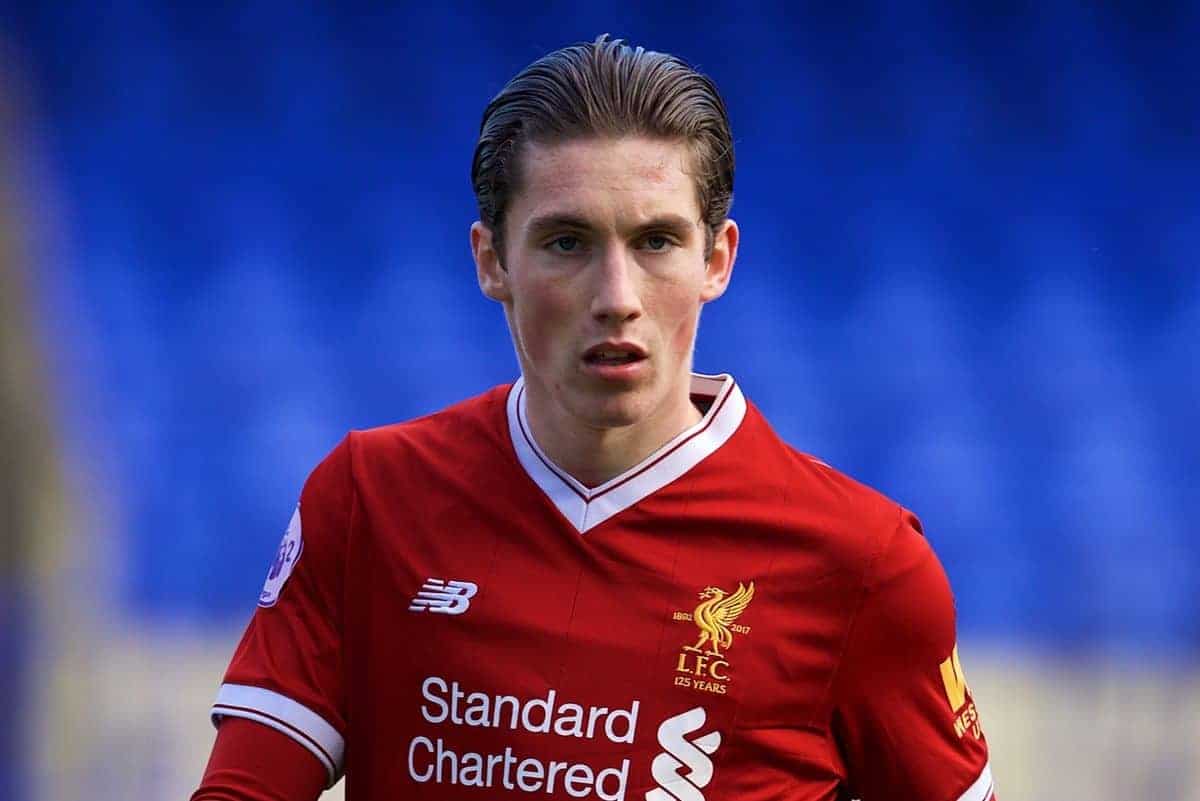 Liverpool winger Harry Wilson has opened up on his hopes of breaking into the first-team scene under Jurgen Klopp.

The exciting attacker is currently on loan at Hull City and has been in excellent form of late, resulting in a call-up to the Wales national team.

Closer to home, fans are once again speaking about him as a potential addition to Jurgen Klopp‘s squad next season, with the search ongoing for players to act as alternatives to the likes of Sadio Mane and Mohamed Salah on the flanks.

Wilson has only played once for the Reds’ senior side, last season against Plymouth in the FA Cup, but was a star for the U23s in the first half of the current campaign.

That prompted Wilson to want a step-up and a new challenge, which necessitated his loan move after a conversation with the manager—though the longer-term aim for Wilson is still to make the breakthrough at Anfield.

“He (Klopp) is very easy to speak to,” Wilson told assembled media, per BBC Sport. “I had a few conversations with him, I let him know I wanted senior football and then he told me his view of it.

“I was able to get out at the end of the window and I’m delighted to be at Hull.

“But I have been at Liverpool since the age of eight, so that’s always been my dream to play in the first team.

“Hopefully I can do that, if not next season then in the future sometime.”

Wilson has certainly made the right impression so far, scoring three times in six Championship matches for Hull. His fast start might well put him back in the mind of Klopp for pre-season at least, while other Championship sides or even top-flight teams could see the 21-year-old as an option for next term.

His ability to step up to greater expectancy levels has also been tried under new Wales boss Ryan Giggs of late, with Wilson earning his first two starts for the national team during the current international window.

Having scored against China last week, Wilson started the China Cup final against Uruguay on Monday, playing 70 minutes of the eventual 1-0 defeat.

On the opposition lineup was a familiar name in Luis Suarez, and Wilson recalled his brief time around the mercurial forward at Melwood.

“I trained a bit with him when I was a young lad and it was great to see his qualities first hand.

“As a Liverpool fan I was very disappointed when he left, but he helped me with his advice on and off the pitch.

“Even though his English wasn’t the best, what he did have he made sure he used it and he was fantastic to the younger players.”

If any of Suarez’s attributes—or indeed Mane’s or Salah’s—have rubbed off on Wilson, there’s a good chance of him realising that dream of making it as a Reds regular in future.