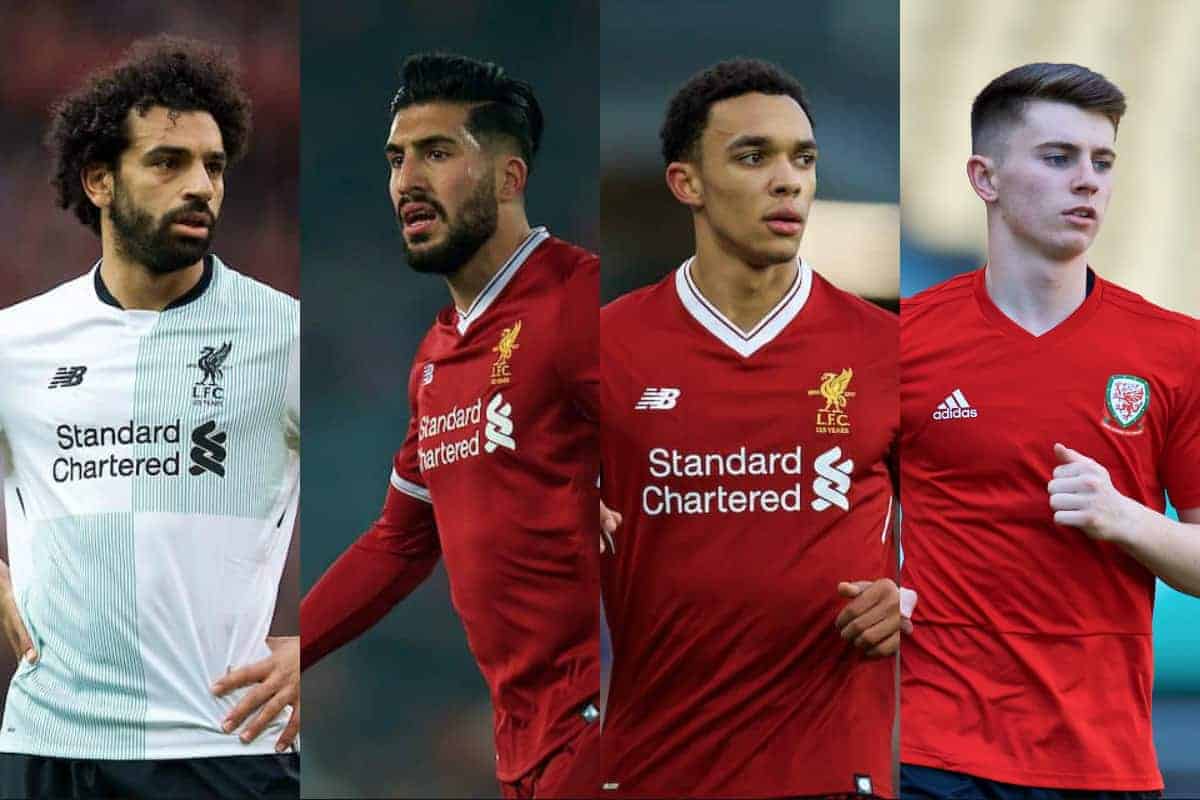 We round up the latest Liverpool FC news and transfer rumours, as most of Jurgen Klopp‘s squad begin preparations with their national teams.

Though he is only in his debut campaign with the Reds, precedent with the sales of Luis Suarez, Raheem Sterling and Philippe Coutinho have prompted fears of an imminent departure.

But after the winger pledged his commitment to the club, the Telegraph report that they have no intention to sell.

The aim is to “ensure Liverpool is an ultimate destination for players rather than a stepping-stone club,” with their improved finances aiding this effort.

Furthermore, ESPN have quashed claims Salah has a release clause in his current contract.

Injury No Problem for Can

The withdrawal of Emre Can after just 27 minutes on the field at the weekend caused concerns over a possible spell on the sidelines.

But Klopp insisted after the game that his back problem was not “too serious,” and this is seemingly the case, with Can joining his Germany team-mates for the international break.

The 24-year-old took to Instagram on Tuesday in anticipation, with Joachim Low’s side set to take on Spain and Brazil in two showcase friendlies.

And speaking to German outlet Sport1 ahead of the games, Can spoke of his enjoyment in working under Klopp at Liverpool.

“I’ve developed a lot under Jurgen Klopp. I am very grateful to him, and it is a lot of fun to work with him,” he said.

An increasingly popular figure on the terraces at Anfield, Andrew Robertson has linked up with the Scotland squad for this month’s friendlies against Costa Rica and Hungary.

With Scott Brown announcing his retirement from international football Robertson is in contention for the captain’s armband, but addressing the possibility the left-back remained admirably reserved.

“If you ask any of the boys if they’d like to captain Scotland or whatever country they are from then I don’t think anyone would turn their noses up at it,” he said.

“Maybe the press have thought of having another chance of making it me versus [Kieran Tierney] but there are plenty of candidates in there.

“I’ve been in the squad with the experienced lads and there are a lot of leaders in there. When Broonie was here there was more than one leader.

“But he was a fantastic captain for a number of years and we were lucky. He led by example and did a terrific job so whoever gets it will have big boots to fill.”

Trent Given Chance to Impress Southgate

Such is the depth England enjoy at right-back at present it was hardly noted that Nathaniel Clyne missed out on Gareth Southgate’s latest squad, regardless of his lack of game time.

In Kyle Walker, Kieran Trippier and Joe Gomez, the Three Lions have a wealth of excellent options, but Southgate is clearly looking even further into the future too.

Joining training at St George’s Park on Tuesday was Trent Alexander-Arnold, with the 19-year-old swelling the numbers as England prepare to take on the Netherlands and Italy.

Alexander-Arnold is still part of the U21s squad for their clashes with Romania and Ukraine, along with Ovie Ejaria and Dominic Solanke.

But his involvement in the senior setup indicates that Southgate is aware of his talents, with his progress under Klopp this season key. Two other youngsters hoping to catch the eye during the international break are Ben Woodburn and Harry Wilson, who are part of the Wales squad at the China Cup.

Danny Ward was unable to travel due to issues obtaining a visa, but with Ryan Giggs including the Reds’ two young Welsh stars he gave a clear nod to his long-term plans.

“Young players can give you inspiration. All of a sudden you go from getting a little bit of time on the ball to having to up your game,” he explained.

“You can’t take two or three touches because they are on you, they are aggressive, and you are looking over your shoulder.

“You’re suddenly thinking ‘he is after my position’, so you need to raise your game.

“That is what I want to emulate, that competitiveness in training we had at Manchester United.” But All Nigeria Soccer cite a source supposedly close to the 21-year-old claiming that a move is off the cards.

“Ndidi is happy at Leicester City, he is 100 percent committed to Leicester City and it’s confirmed he’s not leaving the club to join Liverpool,” the mystery source said.

“Liverpool have not contacted him about joining the club.”