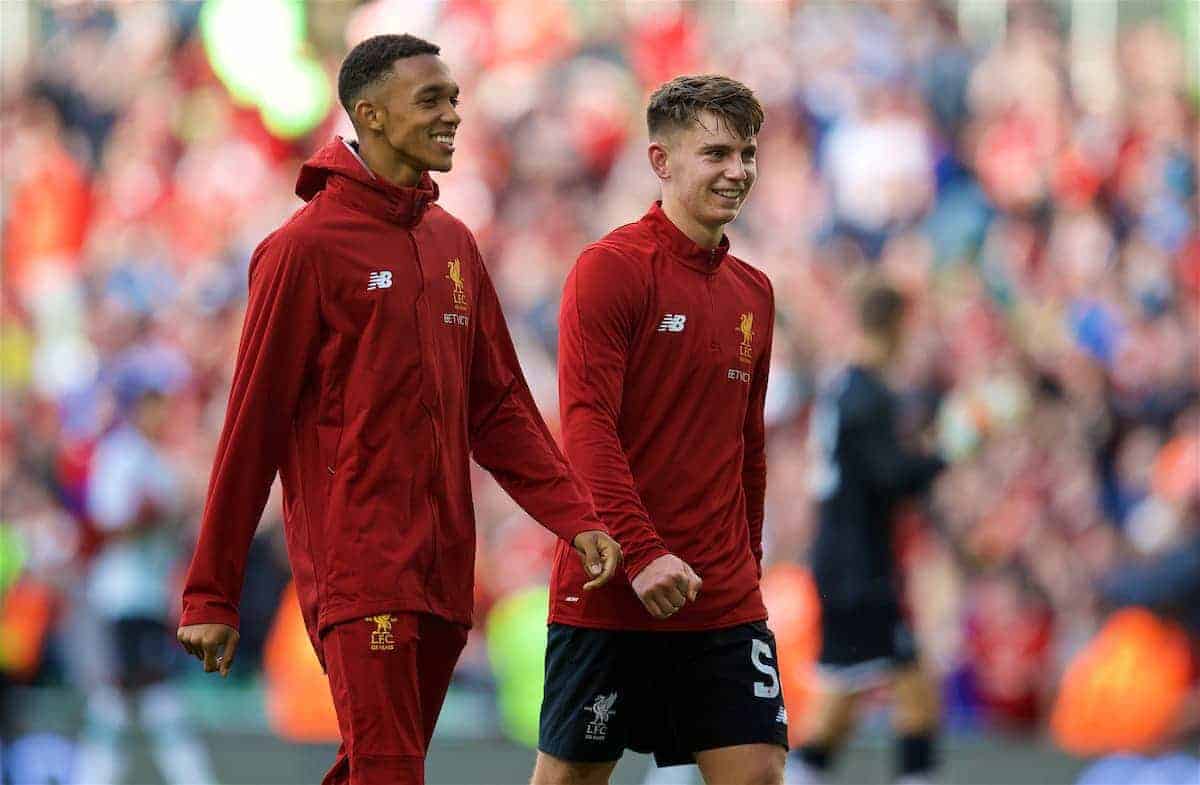 James Milner has praised both Trent Alexander-Arnold and Ben Woodburn for how they have settled into the Liverpool squad with maturity this season.

The young duo have joined Jurgen Klopp‘s first team on a full-time basis this term, and Alexander-Arnold has featured regularly throughout.

Only six players have been in the Reds’ matchday squad more often than the 19-year-old, while he has made more appearances (21) so far than left-back Andrew Robertson (19).

Woodburn has taken up a more sparing role, with just 44 minutes of senior football to his name, but he has been part of Klopp’s extended squad both home and away.

Both Alexander-Arnold and Woodburn could start for Liverpool in Tuesday night’s Champions League clash with Porto, and speaking ahead of the game Milner hailed his young team-mates.

“[It is] fantastic. As a squad it’s very young,” he told reporters at Melwood.

“I’m 32 and I think me and Raggy are up there as the oldest. We’re definitely not over the hill at 32.

“It is a young squad. Trent has been unbelievable, him and Woody, having them around the squad.

“Not just as players but as young men, their attitude and how they conduct themselves is first class.

“You can’t say enough good things about the pair of them. Joe Gomez as well, he’s not exactly old.

“The characters we have in the dressing room, it’s a close-knit group. All the players want to learn, always want to do the best for the team to go that extra mile to be successful.

“The way we play, if one person’s not doing their job it doesn’t work.”