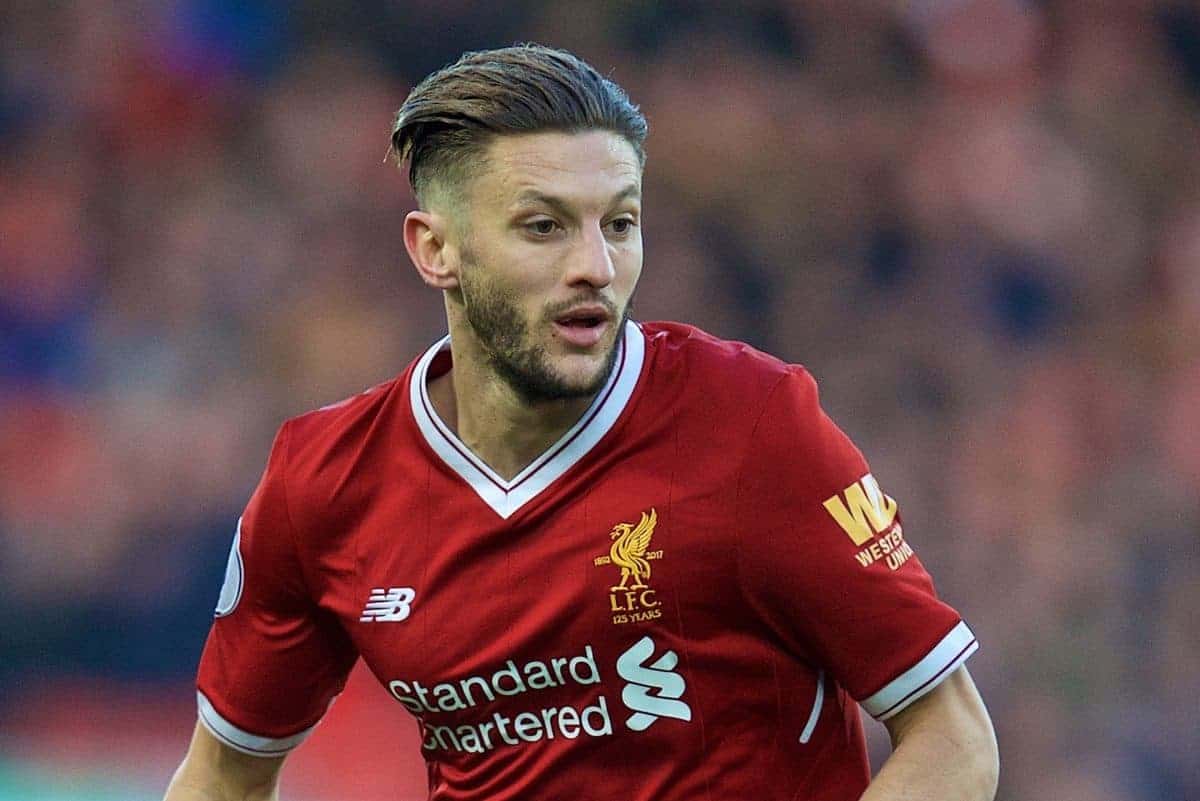 Liverpool manager Jurgen Klopp has reassured Adam Lallana he still has a key part to play for the remainder of the season.

The England midfielder has not started a match since the FA Cup win over Everton in early January after two setbacks from a thigh problem saw him miss the first four months of the campaign.

Lallana has managed just 186 minutes of Premier League action since making his comeback from that pre-season injury in November, but against Porto he could be in line for his first European appearance since the 2016 Europa League final defeat to Sevilla.

“Adam absolutely was an integral part of the team and with the competition we have for Adam it is still usually not a problem for him, because he is important to us,” said Klopp.

“But he needed only time. Life is to learn from your mistakes and we all have to learn.

“We made this mistake—he looked fit. Maybe two little setbacks, not the biggest setbacks, but in and out, in and out, and that makes so sense so now we have to build with him. He is coming close.

“But of course he now has now no rhythm, which is another thing. We still need him, we will use him still.

“He is cool, he sees the quality of the team is good, but he is always one of the guys who push the level in training on to the next level, because he is always so intense in all the things he is doing.

“So the time will come for him 100 percent. Whether it is tomorrow, I don’t know.” The Reds have one foot in the Champions League quarter-finals as they defend a 5-0 lead when they host Porto at Anfield on Tuesday.

Klopp will resist the urge to make sweeping changes despite the fact that only an historic comeback by the Portuguese club will stop his side coasting into the last eight.

That could mean the likes of 32-goal Mohamed Salah, who has played 3,060 minutes for his club this term, and 22-goal Roberto Firmino (3,053) will feature in what is essentially a dead rubber.

“They are all desperate to play, to be honest. When I said we will not rest any players I was thinking more that we will bring the best team we can have for this game,” added Klopp, who insists he will not have one eye on Saturday’s trip to Man United.

“We will bring them in for this game and not for the game after that. You have to show up or anything else leads to more problems.

“If you change anything it is for this game and not because we play Man United. You must do your best, show respect and keep the momentum going. Salah has scored in nine of the last 10 matches and a goal on Tuesday would see him equal the club record of goals in eight consecutive matches set by Dick Forshaw (1924/25) and John Aldridge (1988/89).

He would be an obvious man to rest but Klopp does not know whether keeping him playing is best for someone on such a scoring streak.

“These things are good for him. Both ways,” he said.

“They are playing Saturday and Saturday and there is rhythm in that as well so we could say that is OK—do we need a Tuesday game for the rhythm?