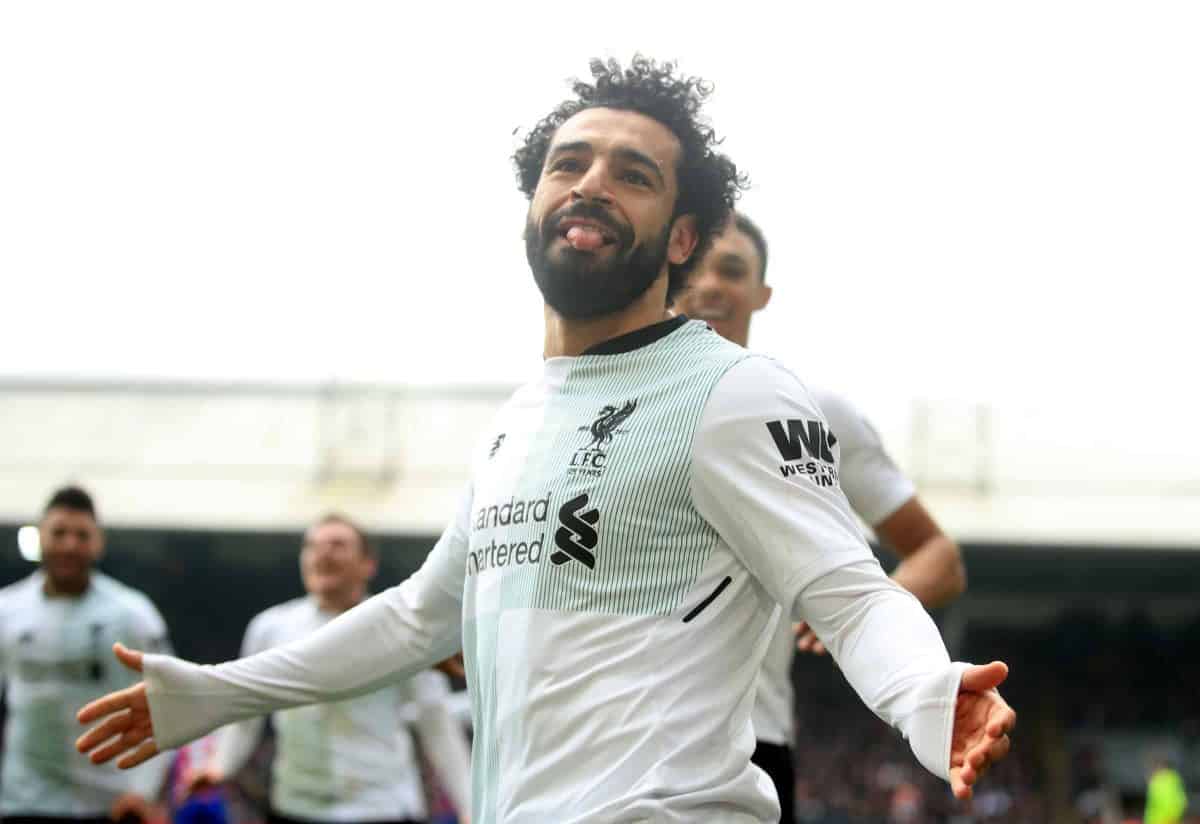 Liverpool had to come from behind but came up with the final-third quality to sneak a 2-1 win at Crystal Palace on Saturday afternoon.

If Sadio Mane’s form has been up-and-down across the season, he managed to encapsulate it in the space of 90 minutes in south London.

The wide forward was one of the best outlets in the early stages for the Reds, without too much really coming off, but it all went crazy for him soon after.

First he was played in and had a great chance to either win a penalty, tee up a team-mate or take a shot himself. He did none in the end and went to ground far too late, even though there was a minimal amount of contact, and ended up being booked for simulation.

Either side of half-time, Mane had the ball in the net: firstly seeing a header (correctly) ruled out for offside from two yards, then netting the all-important equaliser to silence Palace’s booing fans.

But around the hour mark he left the pitch—and he was fortunate it was subbed off, not sent off, after a deliberate handball when he felt he had been fouled.

An eventful afternoon, but he played a part in the Reds’ win, so not all negative.

So spoke Lallana at the end of the international break, as he hoped to win a spot back in Jurgen Klopp’s XI—but after coming on as sub against Palace he lasted just a few minutes.

This time, it could be the end of Lallana’s season and his World Cup hopes for summer, with a hamstring injury sustained in a tackle forcing him straight back off the pitch.

Even a slight strain could be three-to-four weeks out, and anything more serious—as it initially looked it might be—could be double that, rendering 2017/18 an absolute whitewash for the midfielder. Who else? Liverpool pushed Palace back in the last 20 minutes after going to a back three, but rarely did they look like finding a winner—aside from when Mohamed Salah got involved.

The Egyptian King looped a shot over the bar from the edge of the box, saw another effort blocked and was a dangerous outlet in a more central area after the tactical switch.

His goal was ridiculously coolly taken: a volleyed cross received on the six-yard box, one touch around the defender and a right-footed finish.

Another magic moment from Mo, another three points for Liverpool. He’s equalled the most games scored in a Premier League season – joint with Robin van Persie and Cristiano Ronaldo – on the final day of March.

Karius Back in the Spotlight It has been a reasonably straightforward couple of months of progression for Loris Karius, with the German goalkeeper showing improved form and confidence, keeping plenty of clean sheets along the way.

But the first half at Selhurst Park perhaps threw up the first hint of disappointment for him since becoming re-established as first-choice for the Reds.

Early on Karius made an exceptional block to deny Wilfried Zaha when one-on-one, but moments later the same duo clattered into each other—and a penalty was the result.

Karius conceded both the foul for the spot-kick and then the penalty itself—but crucially, he didn’t let it affect him across the rest of the game.

That has been an issue in the past with Simon Mignolet, but Karius showed up well afterwards, making another save and dealing well with a late barrage of pressure, including a low, near-post cross in the final seconds. No question about it—Jurgen Klopp’s tweaked tactics in the second half won the game for the Reds at Selhurst Park.

Moving to a back three eliminated to a large extent the problems the Reds had had with the Palace long ball, flick-on and chasing of the second ball.

It also added extra protection behind Trent Alexander-Arnold, who had struggled defensively against Wilf Zaha, and allowed Salah to be a more permanent fixture through the centre of the attack.

Perhaps it was a big call for Klopp to make his final change at 1-1 be a centre-back instead of a forward, with Danny Ings on the bench, but it worked perfectly.

It almost invited Palace to attack Liverpool more, which gave the Reds more space on the break in attack, which is where they are most threatening.

Now the boss has to come up with ways to eke similar results out in the next three matches which could define the Reds’ season: home and away to Manchester City in the Champions League, and the Merseyside derby at Everton.

The first game is won and a 10-point cushion down to fifth is an exceptional place to be in, but the next three are the biggest challenges of the season.