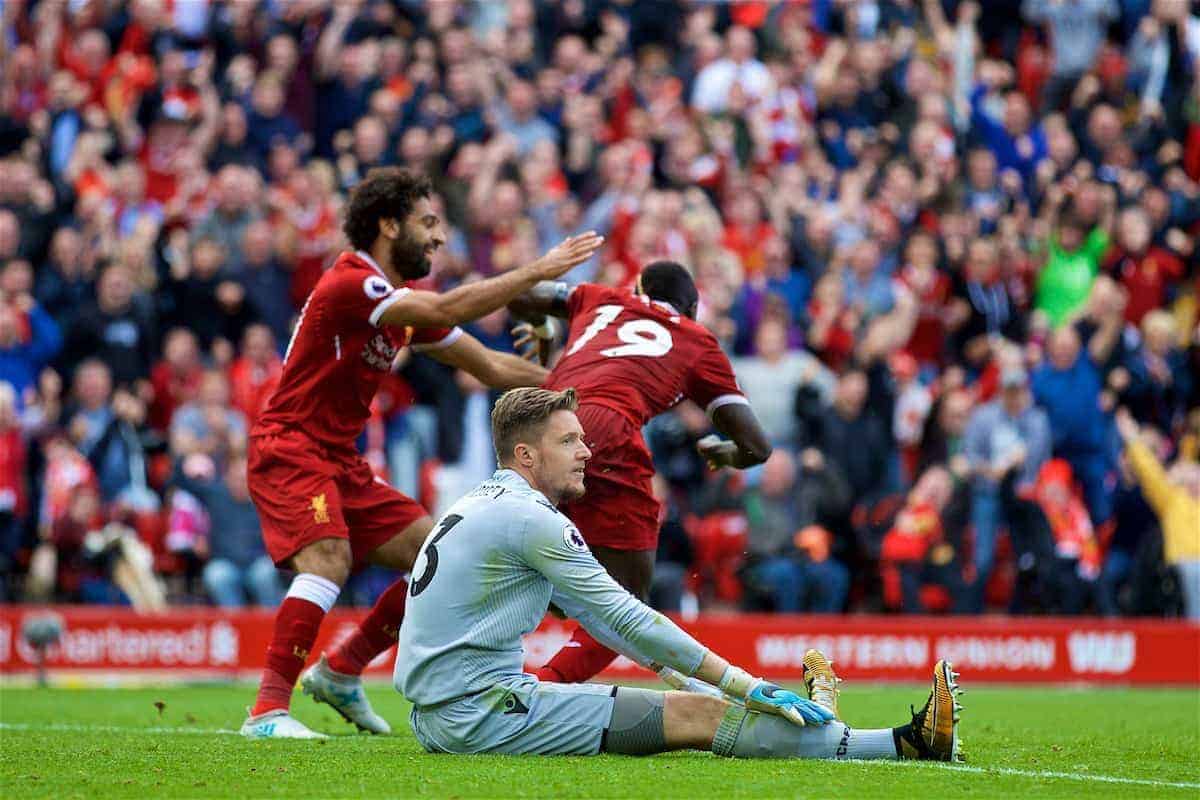 Liverpool face Crystal Palace in the Premier League on Saturday lunchtime, with three points vital in their quest for a top-four finish.

It has felt like a long two weeks since the Reds humbled Watford 5-0 at Anfield, with the international break frustratingly getting in the way of domestic matters.

Premier League action returns with for Jurgen Klopp‘s side this weekend, as they face a tricky trip to Selhurst Park.

The match sees Liverpool reunited with Roy Hodgson, and the former Reds manager will be out to prove a point with his relegation-threatened team.

With a lack of time on the training ground making preparation far from ideal, this could be a gritty encounter in south London, but one the Reds are, of course, still favourites to win.

A win for Liverpool would take them 10 points clear of Chelsea ahead of the Blues’ meeting with Tottenham on Sunday, outlining how big three points would be.

If Mohamed Salah carries on his incredible form, and the supporting cast also show up, there is no reason why this cannot be another impressive win for the Reds – a fifth victory in their last six league games. Liverpool don’t have many fitness concerns, although Joe Gomez is out for a month, after picking up an ankle injury for England last Friday.

Emre Can is also out with a back issue, but Klopp confirmed his compatriot will be back in training on Sunday ahead of the City game.

Nathaniel Clyne is back in the squad, and could possibly even start for the first time this season in Gomez’s absence.

Klopp must decide whether to go with Dejan Lovren or Joel Matip alongside Virgil van Dijk, while Jordan Henderson, Gini Wijnaldum, James Milner, Alex Oxlade-Chamberlain and Adam Lallana are all in contention to start.

Salah, Sadio Mane and Roberto Firmino are likely to begin proceedings, but Danny Ings is a lively option, should Kloppp feel the need to rest one.

Last 5 away to Crystal Palace (All Competitions) Away fans’ pubs: “The best option for away fans to have a drink without being harassed is to show your ticket at the door in Thornton Heath,” Palace fan Rory Brelsford-Stewart told us.

“There is also either the Wetherspoons directly opposite the station or the Prince George on the way to the ground, which away fans frequently use.

“If you go to Selhurst or Norwood Junction you’ll struggle to find a pub that allows away fans in these days.” Despite Selhurst Park being seen as a bogey ground for Liverpool, they have actually won on their last three visits there in all competitions.

The Reds secured a 4-2 triumph there last season, Christian Benteke’s stoppage-time penalty earned them a 2-1 win in 2015/16, and they also prevailed by the same scoreline in the FA Cup fifth round, in 2014/15. Klopp says he and his players are only interested in defeating a talented Palace side, despite the City game receiving more attention:

“We will play Palace with all we have, with all intensity and concentration,” Klopp told reporters at Melwood on Friday.

“Both games are about qualification for the Champions League, one is for next year and one is for this year. They have the same importance, no difference for us.

“It will be difficult. I saw the 95 minutes against Man United. They are in a good shape, even though they’ve lost four of the last five matches.

“Roy [Hodgson] is doing a fantastic job there. It was the most difficult job to take with no points and no goals. It will be tough for us.”

Our matchday live blog will be in full swing from 11:45am, with Chris Williams in charge of keeping the masses entertained and talking you through the action.