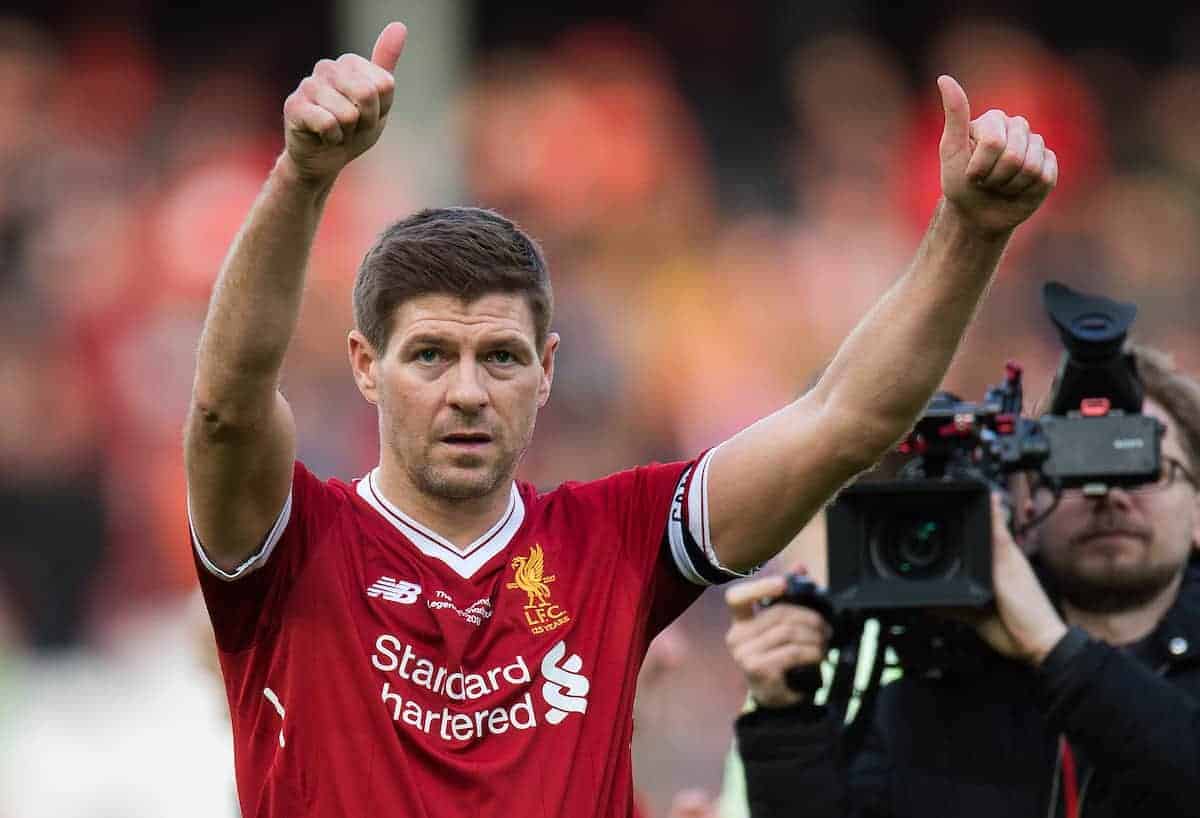 Liverpool Legends drew 5-5 with a star-studded Bayern Munich side on Saturday afternoon, on a great occasion at Anfield.

The two teams came together in supporter of the LFC Foundation, with 90 percent of the proceeds going to the charity.

Some special players were on show, from Steven Gerrard, Xabi Alonso and Dirk Kuyt for the hosts, to Lothar Matthaus for the visitors.

The Liverpool squad lined up for a pre-match photo, with so many great Reds players of the past taking to the field. It was a joy to see Gerrard and Alonso dovetailing with one another in the Reds midfield again. Before the Spaniard switched sides at half-time. Jamie Carragher was his usual vocal self, although some of his defending would have been ripped apart on his Monday Night Football analysis. An enjoyable day with plenty of entertainment. Liverpool raced into a 3-0 lead thanks to goals from Dirk Kuyt, Michael Owen and Robbie Fowler, but Bayern came back and despite another goal for Fowler, it was 4-4 at half-time. Xabi Alonso then put the visitors ahead with a trademark free-kick in the second half.

The unlikely hero of the day was defender Bjorn Tore Kvarme who fired in a well-hit half volley the Kop end to equalise for the home side late on.