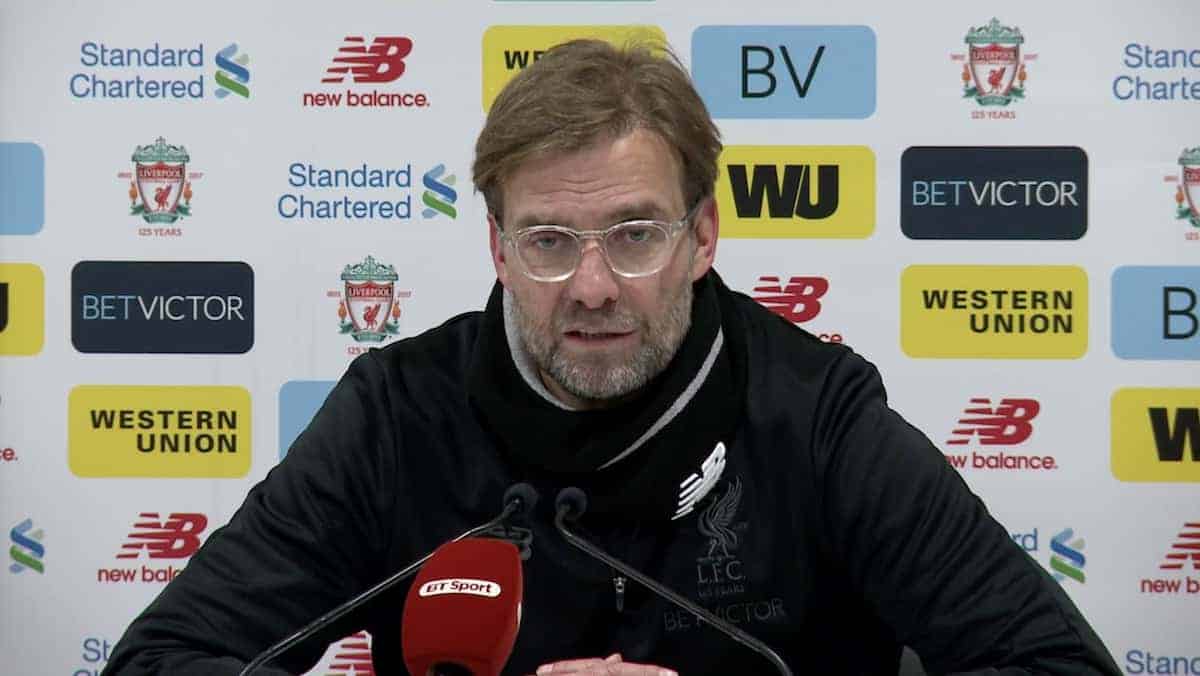 The Reds returned to Anfield needing a response after suffering a 2-1 defeat away to Man United last time out, and Klopp’s side delivered emphatically.

After the game, Klopp was largely posed questions on Salah’s impact, and comparisons with Lionel Messi, and while he acknowledged the need to praise his No. 11 the manager overlooked the latter.

“I think Mo is on the way [to the top], that’s good. I don’t think Mo or anyone else wants to be compared with Lionel Messi [though],” he told reporters.

“He is the one who is doing what he is doing for what feels like for 20 years or so.

“The last player I know that had the same influence on a team performance was Diego Maradona.

“Mo is on a fantastic way, that’s for sure, but how it always is in life: if you have the skills, then you have to show it constantly.

“And his consistency is very good. He helps us a lot, the boys love playing with him, he loves playing with them so it’s good.”

Klopp also provided an update on the fitness of Emre Can, who came off after 27 minutes with a back problem, claiming the Germany’s issue is not “too serious.”

Liverpool now break for a two-week interval, before their trip to take on Crystal Palace in the Premier League on March 31.