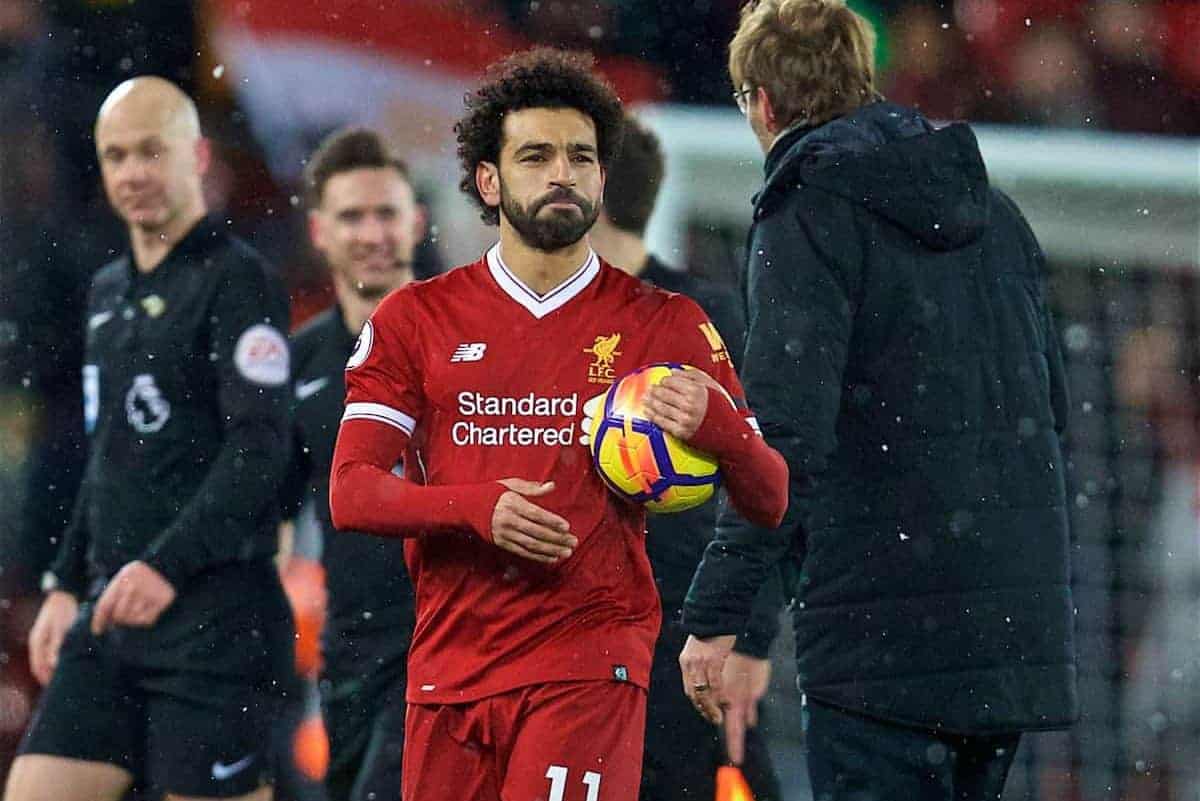 Mohamed Salah laid thanks for his four-goal haul against Watford at the feet of his team-mates and insisted he just wanted to help the side win matches.

Salah became the first Liverpool player to notch a Premier League hat-trick under Jurgen Klopp and took his total for the season to 36 in all competitions with a relentless display.

It took him just three minutes to score his first—a fantastic piece of solo skill and finish—while he also assisted Roberto Firmino the Reds’ other goal in the 5-0 hammering.

Salah went on to score his second from close range, his third after more sublime technique inside the penalty box and an opportunistic fourth hammered home to move four clear in the Premier League top goalscorer charts.

The Egyptian was the undoubted star of a complete performance—but typically laid the acclaim for his display on those in the supporting roles.

“I have to thank every one of my teammates, without them I couldn’t have reached these numbers,” he said to BT Sport after the game. “I think we showed a good reaction after the last game, we had a good result, 5-0, and a clean sheet is important.

“[Now] we have to look forward to the next games.”

Salah now heads off on international duty before the Reds resume their end-of-season run-in.

With the forward in this kind of scoring form, supporters will continue to dream of glory in Europe this year.