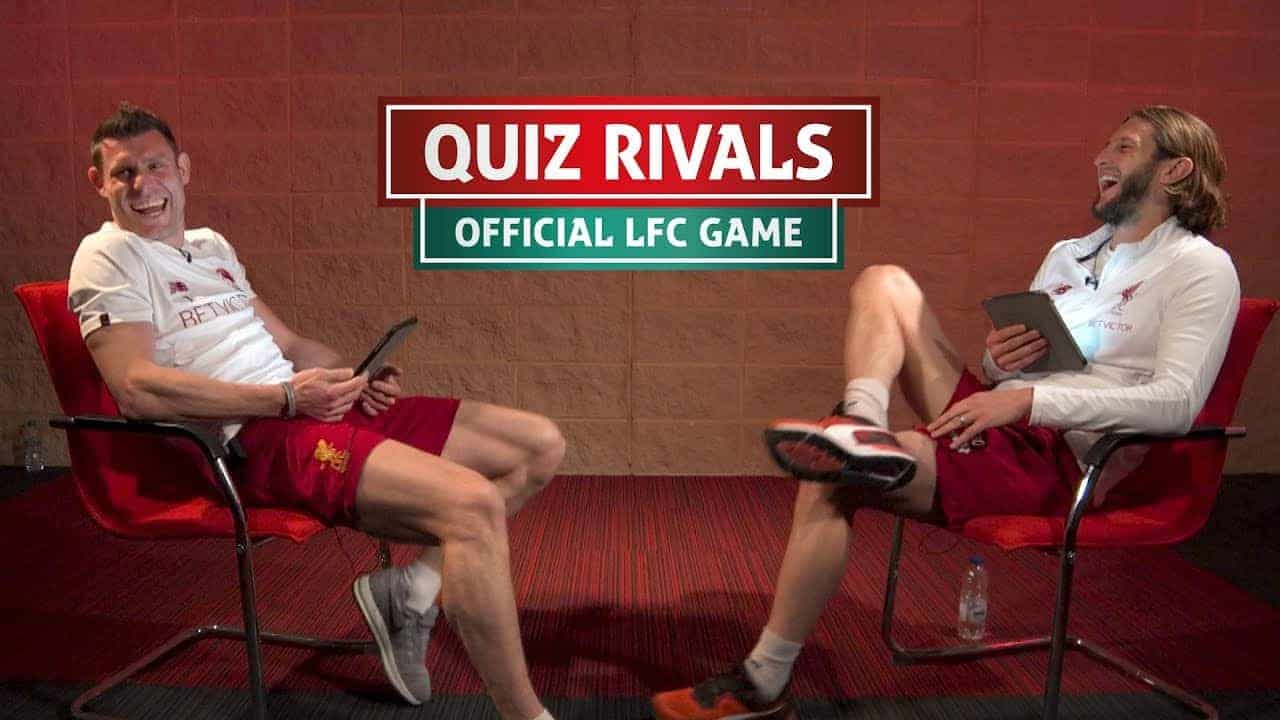 Adam Lallana and James Milner battled it out in front of the cameras for the right to be labelled Liverpool’s quizmaster—who came out on top?

The two midfielders faced off with a bout of Reds-themed questions, ranging from the first team to Jurgen Klopp and classic matches.

In a hilarious encounter, Lallana is forced to admit captain Jordan Henderson has more Instagram followers than he does, before referring to his quiz rival as “the assist king.”

Milner, in turn, briefly forgets he managed to score against Norwich and can’t remember when Lallana’s birthday is!

The two have a good laugh along the way, though it’s mostly one-directional as one of the duo seems to continually miss out on a correct answer by the smallest of margins.

In the end it’s a pretty comfortable victory—but which Red is crowned the quizmaster?

Lallana has returned to full fitness after a frustrating season and is available for the run-in, hoping to feature more prominently in the coming weeks as he also chases a World Cup berth for England.

Milner has had to bide his time for a regular midfield spot under Klopp, but his role has become more pronounced since the turn of the year and he looks particularly important for the Reds in Europe.