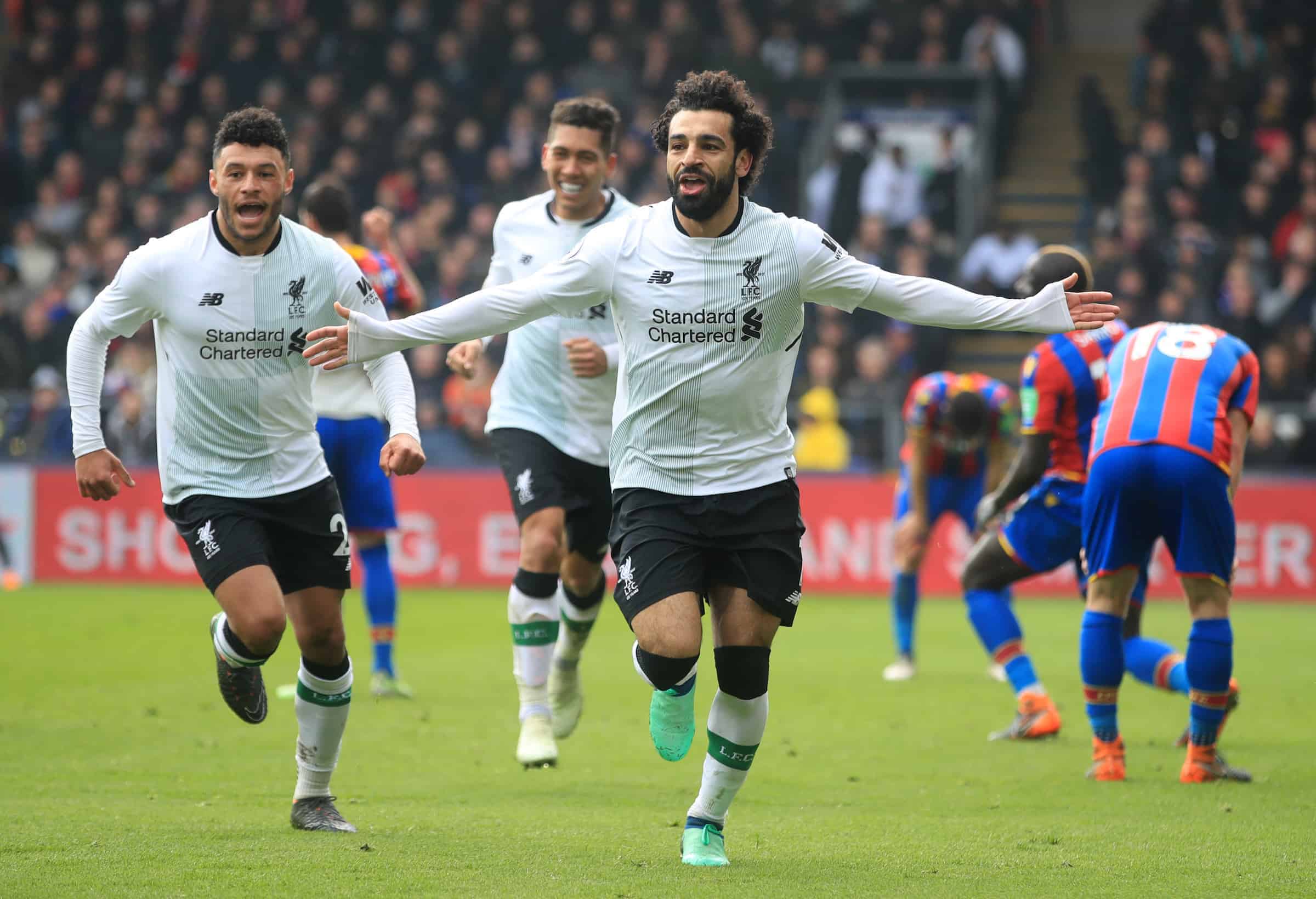 The Liverpool squad hailed a tough fightback in Saturday’s 2-1 win at Crystal Palace, in an afternoon marred by another worrying injury for Adam Lallana.

The Reds looked set to limp to a deflating loss on the road as Palace went into half-time a goal ahead courtesy of Luka Milivojevic’s penalty.

But goals from Sadio Mane and, late on, Mohamed Salah earned a hard-fought victory as Jurgen Klopp‘s side keep up the pace in the race for a second-placed finish in the Premier League.

Speaking after the game Klopp described the three points as “dirty,” and taking to Instagram as they made their way back to Merseyside his squad echoed this sentiment.

Alex Oxlade-Chamberlain, whose lofted cross played a pivotal role in Salah’s winner, praised his team-mates for their spirit in clawing back from behind, as well as the influence of the travelling Kop:

The boys showed a lot of fight today to pull off a great comeback and win! Big shout out to all the travelling fans… Support was amazing as always! ?? ? #YNWA

It was Andrew Robertson who benefited from Oxlade-Chamberlain’s pass to lay the assist on for Salah, and the Scot mirrored his team-mate’s views after the game:

Good comeback from the lads for an important 3 points! Thank you to all the travelling fans ? #YNWA

Interestingly, Virgil van Dijk attested to the difficulty of readjusting to the challenge at Selhurst Park after an international break that saw him cement himself as Netherlands captain:

Big 3 points! Tough place to come, especially after the international break. Time to recover and focus on wednesday ??? #weareliverpool

Trent Alexander-Arnold endured a difficult afternoon up against Wilfried Zaha, but showed resilience as he marked an “important three points,” turning his attention to Man City:

Lallana’s injury, suffered after just three minutes on the field as a second-half substitute, was the clear negative from Saturday’s game, with the midfielder’s season potentially over.

The impact this had on Lallana’s team-mates was evident as Loris Karius, Simon Mignolet and Dejan Lovren all paid tribute to the 29-year-old.

Lovren told his fellow Southampton alumni “you will come back stronger,” with Lallana having already missed the majority of the season with a serious thigh injury:

Really sad about Adam’s injury, you will come back stronger I know that. Keep your head up, we are behind you! ?? #ynwa @officiallallana

The Croatian also revealed a welcome reunion with ex-Liverpool centre-back Mamadou Sakho after the game, joined by Sadio Mane in wishing Palace’s No. 12 the “best of luck for the rest of the season”:

Great to see you @mamadousakho wish you best of luck for the rest of the season.

The Reds now face a quick turnaround as they prepare to take on Man City in the first leg of their Champions League quarter-final at Anfield on Wednesday night.

This weekend win in Croydon underlined the need for character as Liverpool fight for a successful end to the season, and in recognising that Klopp’s squad showed the attitude required.