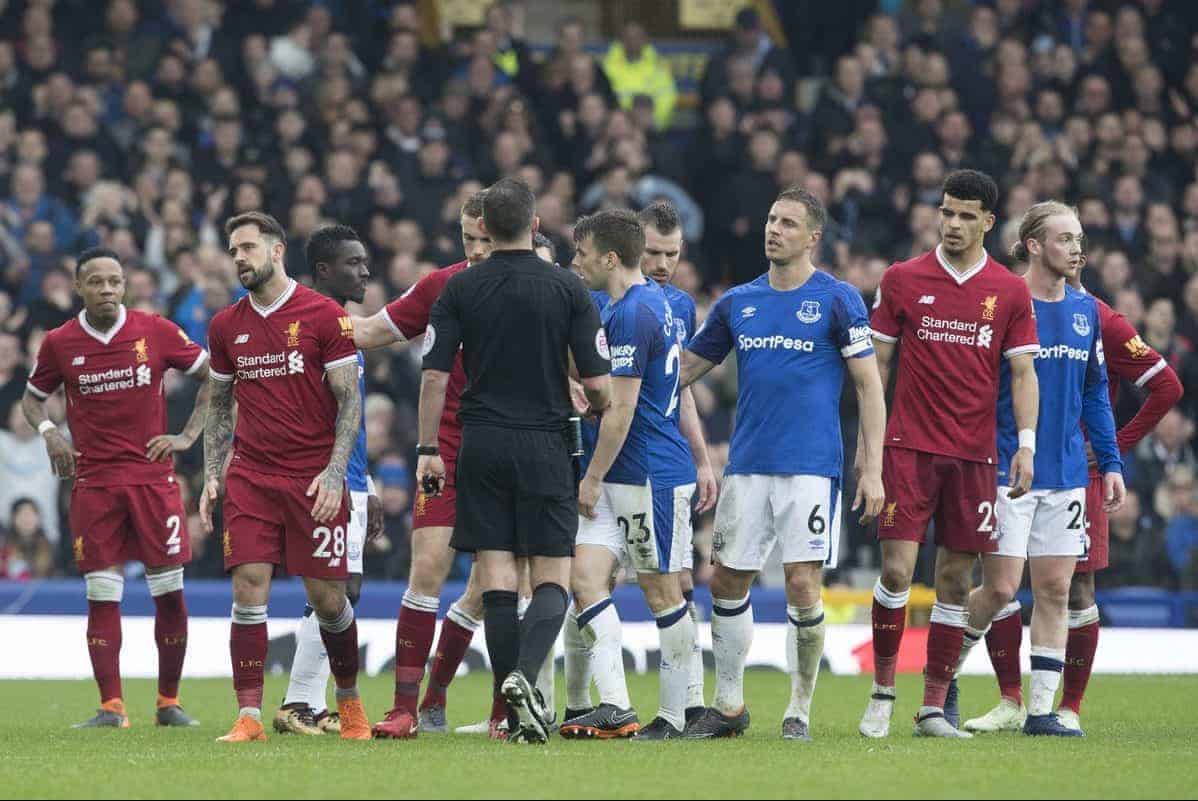 Liverpool produced a comfortable performance in Saturday’s 0-0 draw away to Everton, with one eye clearly on Tuesday night’s trip to take on Man City.

Comfortably asserting himself as the Liverpool No. 1 now. Fast distribution but also happy to hold on to the ball to take the sting out of the game.

Little to do bar a wonderful fingertip save that denied an Everton opener in the first half—game-saving stop. Followed up a great performance against City with an assured display at Goodison Park. Comfortable on the ball and worked well with Virgil van Dijk to keep Cenk Tosun quiet.

Had a little wobble in the first half where he got caught on the left, then as he began to tire on the 80th minute—on the whole no dramas Dejan.

A colossus at the back. Looks every worth every penny of his world-record fee the more he plays.

Points, shouts, patrols and polices the back line like a king—what a difference 12 weeks make to the feeling around the Liverpool defensive unit.

Rotation saw the Estonian return to the starting lineup for the first time since a 2-1 away win at Burnley in January.

Disciplined throughout he was careful not to get caught out by a faster Everton right side. Another returnee to first-team action due to the impending Champions League clash with City.

Considering the 27-year-old has been out for the entire season so far with a back injury he was well and truly thrown into action.

As the knocks and injures pick up frequency towards the end of the season, Clyne’s return is something to be pleased about.

Solid from the Liverpool captain. Clever enough to know not every ball needed to be launched forward, nor every pass forced.

Happy to patiently build the play but crucially, when it mattered he looked to undo the Everton half-space.

As the Everton pressure grew with 15 minutes remaining he began to bark the orders out, making sure those around him kept their concentration.

On an afternoon when composure was the key attribute the Dutchman delivered. Quietly went about business—but go about it he did.

As the match went into added time Winjaldum had completed 76 of his 80 passes—that’s what you need when you’re at Goodison, concentration.

Might be the elder statesman of the Liverpool midfield but he can be relied upon to bail the Reds out when times are hard—like on Saturday.

Not only did he have his job to do but he also made sure Klavan wasn’t isolated or exposed.

Looked skywards with a sigh when denied a top-corner curler from the edge of the box by Jordan Pickford.

How on earth he managed to start this game after tearing around on Wednesday night I’ll never know.

Full of energy and played with a smile on his face—that’s the Mane we love. The centre-forward was another brought back to the starting lineup for the first time since New Year’s Day.

Klopp spoke pre-match about not expecting wild things from a player who hadn’t featured so much in 2018.

The 20-year-old had three good chances. Unfortunately thwarted by Jordan Pickford in the Everton goal as the England ‘keeper pulled off a brilliant reactionary save from close range.

His first derby for Klopp since the German took charge, it was his goal that helped Liverpool to a 1-1 draw on the day Brendan Rodgers left the club in 2015.

Asked to play the Mohamed Salah role—it isn’t his preferred position but, nonetheless, he went about business with a professional approach.

No attempts on goal, none on target, not off—but it was never going to the be derby Liverpool were used to with the Champions League quarter-final second leg rapidly approaching. Changed the dynamic of the game for 10 minutes when he came on: Everton looked, quite rightly, frightened by his presence.

First thought is to attack and does it well—broke through the Blues back line with a bursting run but fired his shot high and wide—unlucky.

Came on at the time Liverpool were under intense pressure, unable to show his attacking swagger he got straight down to defensive duties.

Broke the Everton play up with some cynical fouls, just what was needed.

Tried to make himself a hero in added time by bombing on in the box, just offside—he gets the derby more than anyone. Knew what he had to do. With a trip to the Etihad on the horizon, the German made sweeping changes—both with personnel and style of play.

Unbeaten in six derby matches—that’s what you want from a Liverpool manager.