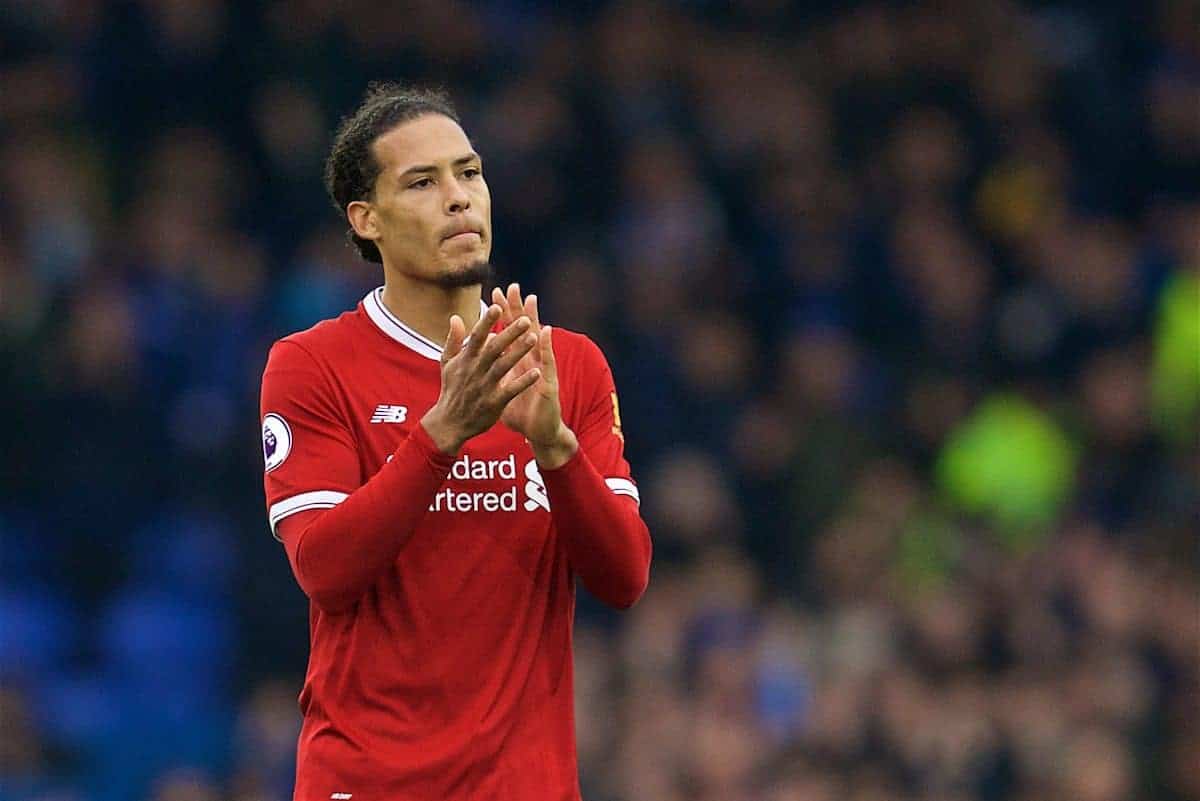 Liverpool were held to a 0-0 draw away to Everton on Saturday afternoon, with Jurgen Klopp overseeing a mixed performance from a makeshift side.

Many supporters’ expectations were low ahead of the Reds’ short trip to Goodison Park, with the focus largely remaining on the Champions League.

Having won 3-0 at home to Man City in their quarter-final first leg three days previous, Liverpool were much-changed at the weekend, with Klopp making five alterations.

Speaking after the game the manager lauded their stalemate display as “maybe the most mature we’ve played since I was in.”

This included impressive showings from the likes of James Milner and Georginio Wijnaldum, but the scoreline highlights a lack of cutting edge, particularly from strikers Danny Ings and Dominic Solanke.

But who stood out for journalists and statisticians as having impressed or having disappointed?

Below we compare our ratings with those of the Liverpool Echo, the Mail, Sky Sports, ESPN, The Anfield Wrap, Anfield Index, The Redmen TV and WhoScored: Most notable is how much lower Ings (6.1) and Solanke (5.9) are rated than the rest of Klopp’s side, though the toiling Sadio Mane (6.5) was also below par.

Failing to break down the host’s defence underlined a lack of creativity, with Mane required to craft openings alone as his attacking counterparts provided little quality in the final third.

Karius’ excellent save to deny Yannick Bolasie in the first half saw him earn four eight-out-of-10 ratings, as well as an outstanding nine out of 10 from Anfield Index.

Wijnaldum, who operated in a different role as No. 6 as he prepares for Tuesday night at the Etihad, also received a quartet of eight out of 10s.

Nathaniel Clyne (6.8) and Ragnar Klavan (6.8) impressed in difficult circumstances at right- and left-back respectively, while Jordan Henderson (6.7) and Dejan Lovren (6.6) fared reasonably too. Interestingly, while Wijnaldum’s statistical rating of 7.19 is reflective of his all-round assessment, Lovren’s squad-high 7.55 jars with a largely mediocre reception in all but two publications.

Solanke’s lowly 6.13 is indicative of a disappointing afternoon for the 20-year-old, who fired four shots on goal but only hit the target once, completing just 28 passes with a success rate of 67.9 percent.

Beyond Wijnaldum and Lovren, Van Dijk and Henderson were the next highest-rated players based on their stats from Saturday’s draw, with a drab showing ultimately resulting in average scores.

But there are certainly reasons to be cheerful ahead of Tuesday’s arrival at the Etihad, and with a raft of changes expected as Klopp bids for the semi-finals, Liverpool will look to build on those.