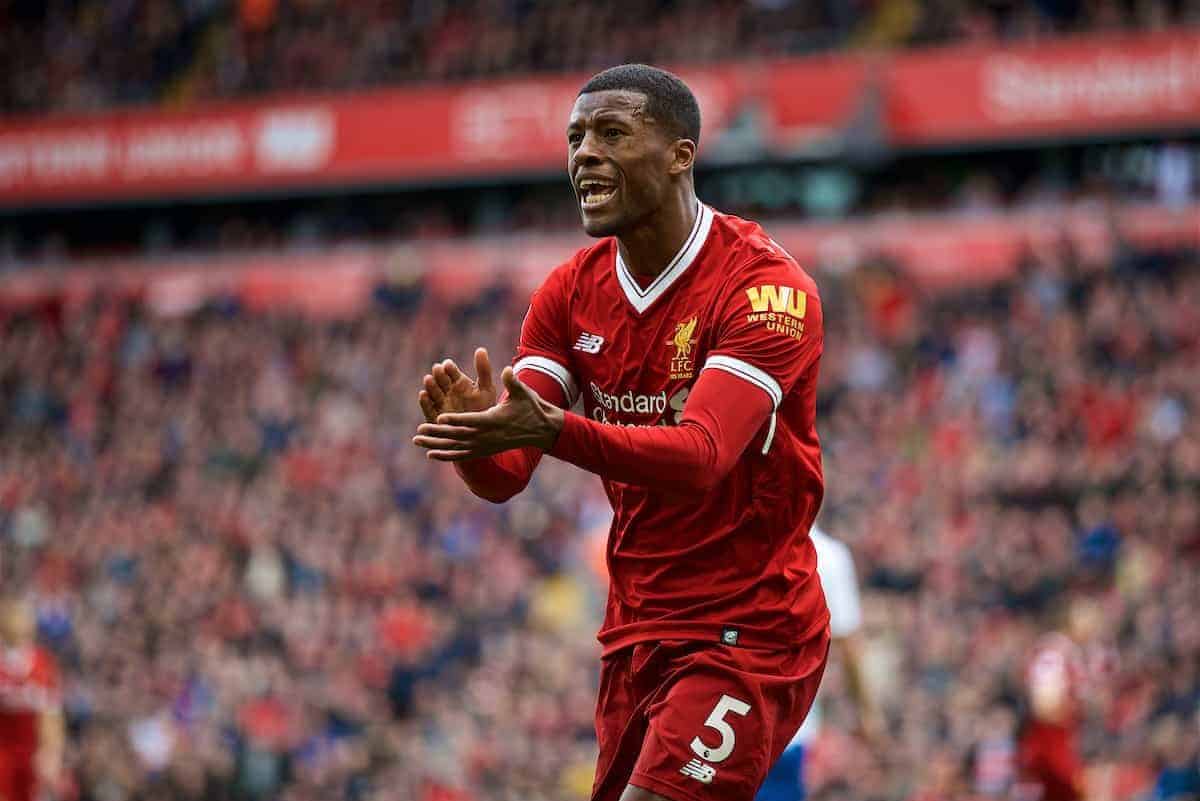 Liverpool fans were left frustrated after the Reds dropped more points to struggling opponents with a 0-0 draw against Stoke City on Saturday.

Jurgen Klopp’s side continue to make hard work of finalising a top-four finish after being held by relegation-threatened opponents for the second game running.

It was a poor performance from the changed-up Reds, who will be furious with having been denied a stonewall penalty in the final moments by dreadful referee Andre Marriner.

The Reds are making the final push for Champions League qualification harder than it needs to be, and the result left supporters frustrated at the final whistle.

Fans were frustrated with the sluggish performance…

#LFC Huge difference between mid week and today, the speed in transition.

What a dreadful game. Zero incision or intensity. #LFC

We’ve played this with the intensity of a pre-season friendly. Making the prospect of ending the season in 5th a genuine possibility when it really should have been over weeks ago.

“Nobody committed to win. All scared of getting a knock. Poor game.”

Trent and Salah should’ve scored, Pieters handled. Regardless, that was a highly unstructured and abject performance from a team that have by no means secured Champions League next season.

Roma should ask the Champions League to move the fixture to 12:30 kickoff

Yeah we'll take a point but not being able to beat the worst two teams in the league is embarrassing.

Kopites were furious with referee Marriner…

No chance we win. Andre Marinner would be sliding in on Mo to clear a ball off the line

That's an absolute disgrace how that hasn't been given as a penalty.

This is why English referees have no presence on the World stage. Dreadful. @FA

#LFC So in the UCL Milner gets pinged for a pen, but no pen for the same rhing today, really @FA u and your refs are a hopeless joke.

Andre Marriner would have waved play on in Dallas 1963.

Spurs have had more league penalties at Anfield this season than Liverpool have.

We got too complacent with this top 4 place lads.

Bloody hell. Next week's Chelsea match was meant to be dead rubber.

– YNWA it means never ever on the forums.

“We are going to come very close to throwing away a top-four finish. Our squad just simply isn’t good enough to handle those changes.”

Hell of a battle awaits in Stamford Bridge now.