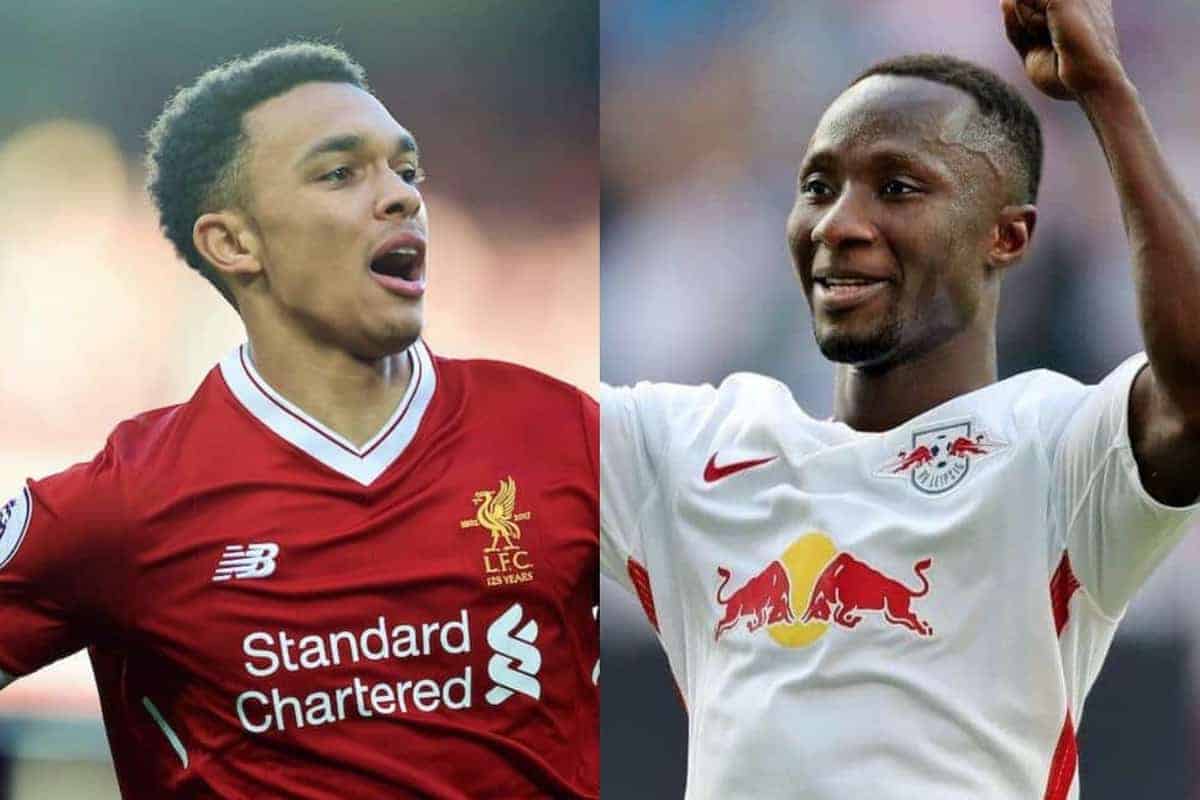 Keita is already set to join the Reds for £55 million on July 1, and has scored eight goals and assisted six in 33 games for Leipzig this season.

But with Klopp looking to push forward midway through the campaign, and in the wake of Philippe Coutinho‘s move to Barcelona, he was eager to sign the Guinean early.

This ultimately fell through, and Liverpool have made considerable progress without him, with one foot in the Champions League semi-finals and a top-four Premier League finish likely.

However, while Leipzig’s sporting director Ralf Rangnick insisted they “wouldn’t allow” Keita to leave early, it transpires that they were open to negotiations.

According to the Times‘ Paul Joyce, Leipzig “suggested that a deal involving Alexander-Arnold would be one solution to smoothing Keita’s early arrival.”

It is unclear whether this was with a view to taking the young right-back on loan or as part of a permanent switch, but it was likely the former.

But despite Keita’s standing as one of the most influential young midfielders in Europe, Liverpool rejected any possibility of Alexander-Arnold leaving Merseyside.

This development, as Joyce suggests, “speaks volumes for a player who is destined to go places.” Alexander-Arnold made his 36 first-team appearance in Wednesday night’s 3-0 mauling of Man City at Anfield, ensuring the Reds a commanding lead in their Champions League quarter-final.

After concerns over his performances up against Marcus Rashford and Wilfried Zaha of late, the prospect of the 19-year-old lining up opposite City winger Leroy Sane was worrying.

But Alexander-Arnold responded with an emphatic display that made him a convincing contender for the Man of the Match award.

This was just one in a long line of impressive performances from the young Scouser, as he establishes himself as a genuine fixture within Klopp’s senior squad.

With Nathaniel Clyne spending much of the season in the treatment room, Klopp’s decision to turn to the academy has been vindicated, and in light of Joe Gomez‘s current absence this is underlined further.

If Liverpool had sanctioned a temporary move to the Red Bull Arena for their No. 66, Klopp would have been deprived of one of his strongest full-backs.

And in doing so it highlighted the club’s faith in Alexander-Arnold, not simply in the long term but also in the short term, with his future on Merseyside very bright.