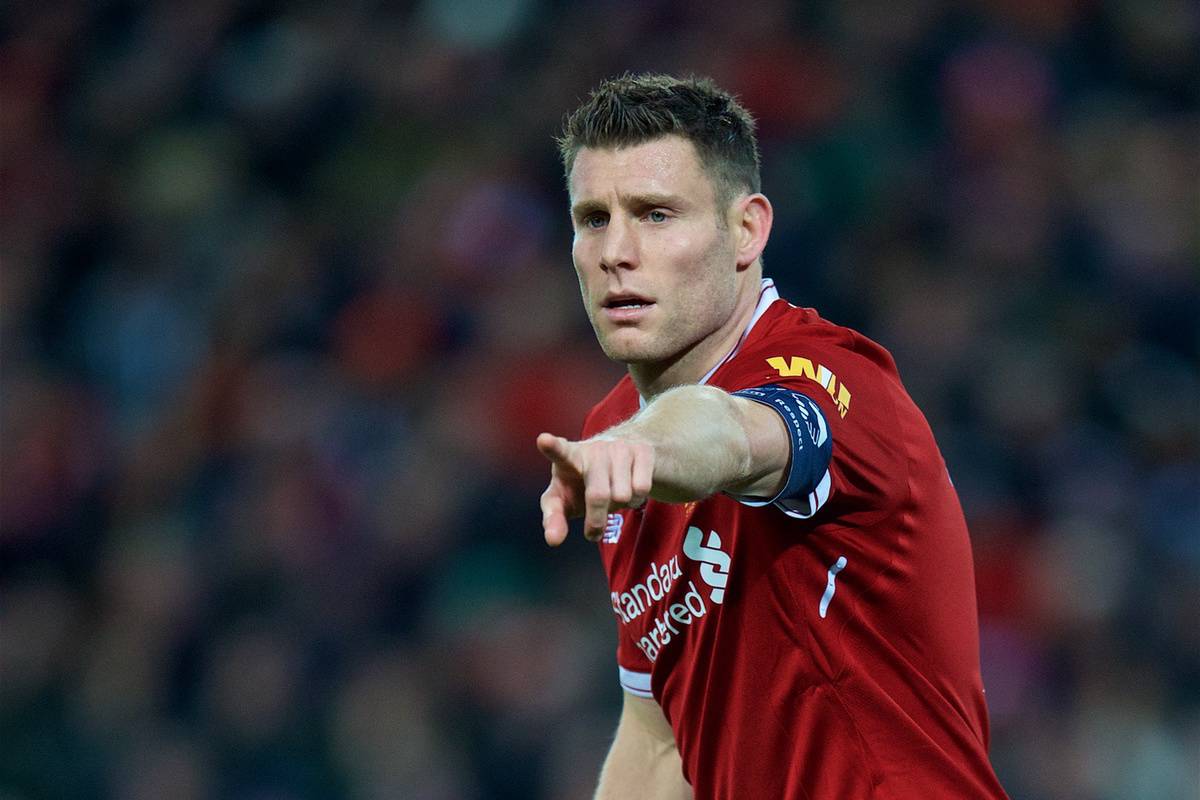 Liverpool midfielder James Milner insists the coordinated approach to the team’s defensive organisation will be key to keeping Man City at bay in the Champions League.

The Reds take a 3-0 lead to the Etihad Stadium on Tuesday for the second leg of their quarter-final, knowing a clean sheet will put them into the last four of the competition for the first time since 2007.

Jurgen Klopp’s side have registered back-to-back clean sheets, following up their European win with a goalless draw in the Merseyside derby at Everton, and that has given them more confidence ahead of their trip to Manchester.

Milner has been the key player in both games and while the 32-year-old is making light of his age in terms of the job he does pressing in midfield, he stressed he is just a cog in the whole machine.

“My running numbers are pretty consistent throughout the year, we get them regularly but I think it was slightly higher the other night [against City],” he said.

“That is part of the midfield job and it’s been part of my game being able to cover ground and it is something that’s needed in this team.

“We are always pressing and you can’t leave your mate to press on his own, you have to press in numbers and if one person doesn’t do their job or get on the front foot and cover the ground and close the gap then the team gets out and you are under pressure.

“Everyone puts a shift in and it’s very easy to see when someone isn’t doing it—and it doesn’t happen very often.” City’s defeat in the Manchester derby on Saturday was the first time a Pep Guardiola side had conceded three goals in successive games in his 514-match managerial career.

That gives Liverpool hope of snatching an away goal which would require City to score five on Tuesday, but the first priority is to keep their opponents at bay for as long as possible.

“They are a top team, we know that. There are a lot of things which could affect it but we are in a good position,” Milner added.

“But we know it is not over yet as they are a special team and good going forward and we have to be ready to defend well and hopefully get a goal.

“They are such a good team and have such good players going forward we want to approach it as we approach every game, try and win the game and approach it as a one-off and play the match over 90 minutes.

“We’ve got a 3-0 advantage at half-time so it’s down to us not to sit back and be on the front foot.” Klopp will hope to have some good news on the injury front after fielding an understrength side at Goodison Park, which almost backfired with Seamus Coleman and Dominic Calvert-Lewin both missing good chances to end Everton’s 17-match run without a derby win.

The Liverpool manager left out Mohamed Salah as he recovers from a groin problem and named Roberto Firmino on the bench along with three academy players in Curtis Jones, Rafael Camacho and Conor Masterson, who were only issued with Premier League squad numbers on Friday.