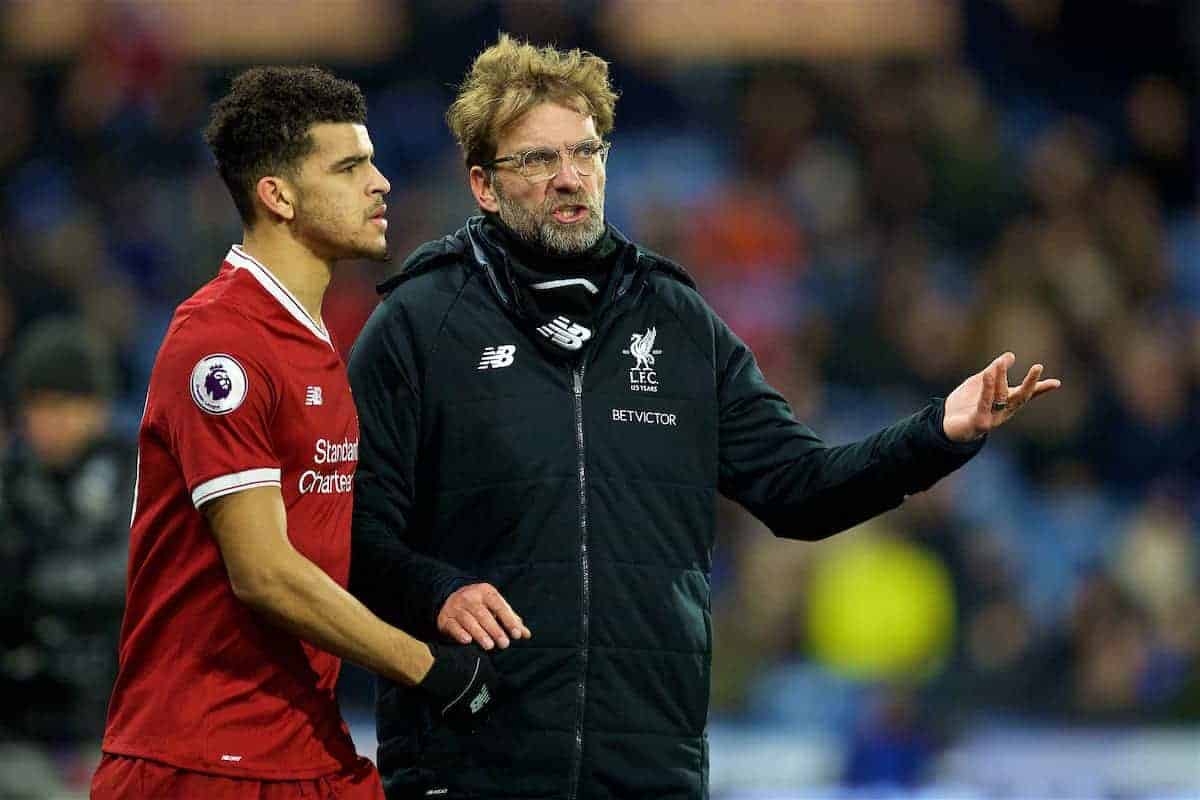 After his goalscoring display for the Liverpool U23s against Everton on Monday night, Dominic Solanke is in Jurgen Klopp‘s thoughts for a busy run.

Solanke has endured a frustrating first season at Anfield, having arrived with such a burgeoning reputation last summer.

He had starred for England’s U20s in their triumphant World Cup campaign, winning the Golden Ball award that is handed to the standout player in the competition.

The 20-year-old is, however, still searching for his first Liverpool goal, despite making 24 appearances for the Reds in 2017/18.

Admittedly, only five starts have come his way, but he has often looked off the pace and there have been calls for the Reds to bring in a superior deputy to Roberto Firmino.

Klopp allowed Solanke to play for the U23s in Monday’s ‘mini-derby’, and his penalty opened the scoring as Neil Critchley‘s team ran out 3-1 winners in Southport.

Critchley was very impressed by the impact Solanke had, and says the aim is for him to enjoy plenty of first-team football between now and the end of the season.

“I was really pleased with Dominic,” Critchley told the Liverpool Echo.

“The reason for giving him 90 minutes is that he could be involved in some really big games for the first team between now and the end of the season.

“He needs to have rhythm and he needs to be match fit. I thought he led the line really well—he held the ball up and he flicked it on well.

“He showed his calmness to take the penalty and was a bit unlucky with the one that was cleared off the line.

“Hopefully he will benefit from this game.”

It is so easy to be quick to criticise young players, and it should not be a surprise that Solanke has taken time to settle at Liverpool.

Having to adjust to a new club, in a different part of the country, is never an easy thing to do, and patience is required with him.

Solanke has everything in his locker to mature into a top-class striker in the years to come—there is a reason why Klopp was so keen to sign him this time last year.

Who knows, he may still have a major say in Liverpool’s quest for a sixth European Cup!