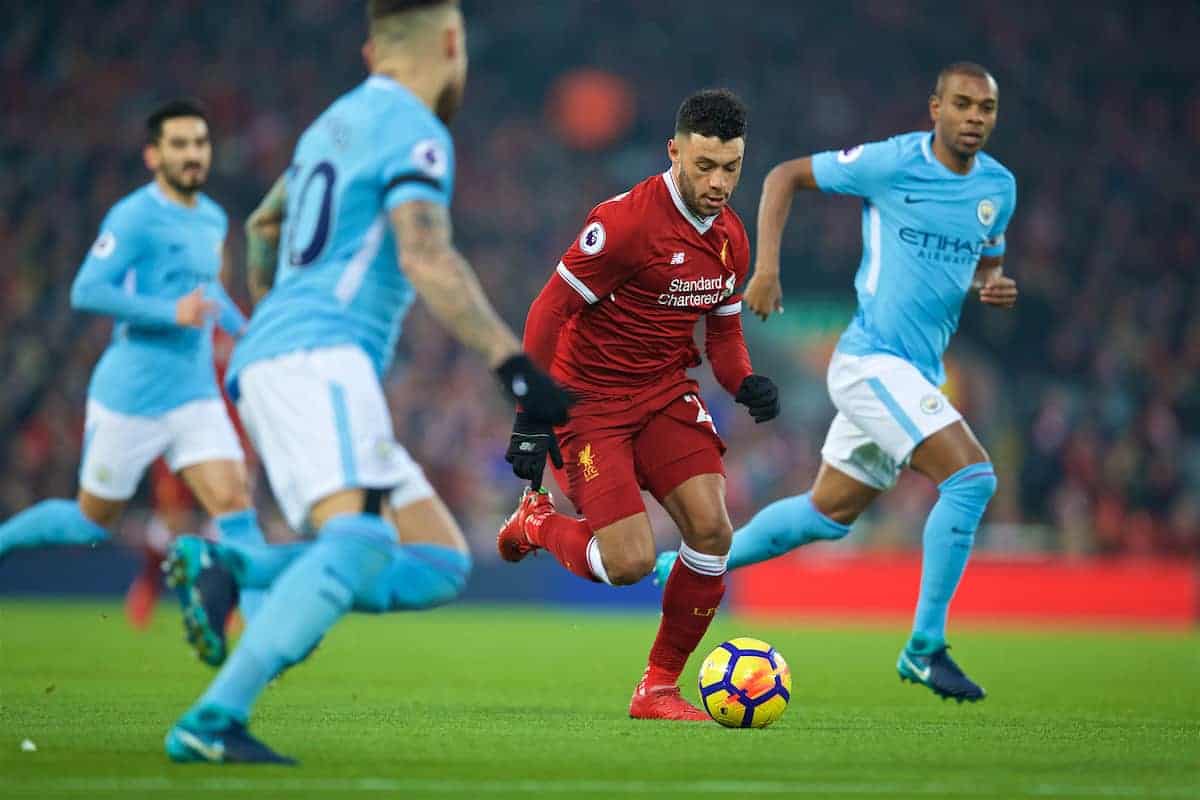 Here Press Association Sport looks at a few of the issues surrounding the match.

Can Klopp Keep Ahead of Guardiola?

Liverpool manager Jurgen Klopp has a better record than any of his counterparts against Pep Guardiola, having won six and drawn one of their 12 encounters for their various clubs.

Since arriving in England the German has won two of their four meetings and, last time out, got the better of him in a thrilling 4-3 win at Anfield which has arguably been the game of the Premier League season.

The Case for Liverpool’s Defence Liverpool have kept five clean sheets in their last six Champions League matches and have conceded just six—three of which came in a mad 45 minutes in Seville—in eight games.

Goalkeeper Loris Karius is enjoying his best spell and January’s arrival of Virgil van Dijk has added a reassuring presence at the back.

Klopp was dealt a blow before the game when Joel Matip was ruled out with a season-ending thigh injury which means Dejan Lovren will partner the Netherlands centre-half.

City have failed to score just three times in 48 matches this season and, with Klopp’s career head-to-head with Guardiola producing 37 goals in a dozen encounters, clean sheets are a rarity.

Audition For Player of the Year Mohamed Salah and Kevin De Bruyne are the two leading contenders to be crowned Premier League Player of the Year.

The City man appeared to be a dead cert with his unparalleled form over the first half of the season but his Liverpool rival’s goalscoring feats—37 for the season and the Premier League’s top scorer with 29—have thrust him into contention.

Salah is part of the attacking triumvirate which also includes Roberto Firmino and Sadio Mane and they work together to devastating effect. Both managers have some interesting selection decisions to make in full-back positions.

City will need to nullify the threat of Salah cutting in from the right.

Left-back has been a problem area for Guardiola with first-choice Benjamin Mendy out long term and Fabian Delph, who has proved a capable deputy, also in and out of fitness.

Left-footed centre-back Aymeric Laporte was successfully deployed there in Saturday’s victory at Everton and it seems likely that he, rather than the inexperienced Oleksandr Zinchenko, will get the nod.

Similarly, Liverpool will be wary of the threat of Leroy Sane on the City left.

Trent Alexander-Arnold has earned praise for his attacking play but has been defensively suspect at right-back.

Nathaniel Clyne could be thrown back in, but after a season on the sidelines that could also be risky.

The ever dependable James Milner could be another option but, with Emre Can’s fitness a concern, he may be required in midfield. City are waiting on the fitness of top scorer Sergio Aguero. The Argentinian has been sidelined for the past three weeks with a knee injury.

The problem was not thought to be serious but his absence at Everton on Saturday raises questions over whether Guardiola was being cautious or if he is not quite ready.

Aguero has scored 30 goals this season but has never found the net at Anfield in nine appearances (including two with Atletico Madrid).

That is actually a microcosm of City’s record at the ground. They have not won there since 2003 with their previous victory coming 22 years prior to that.