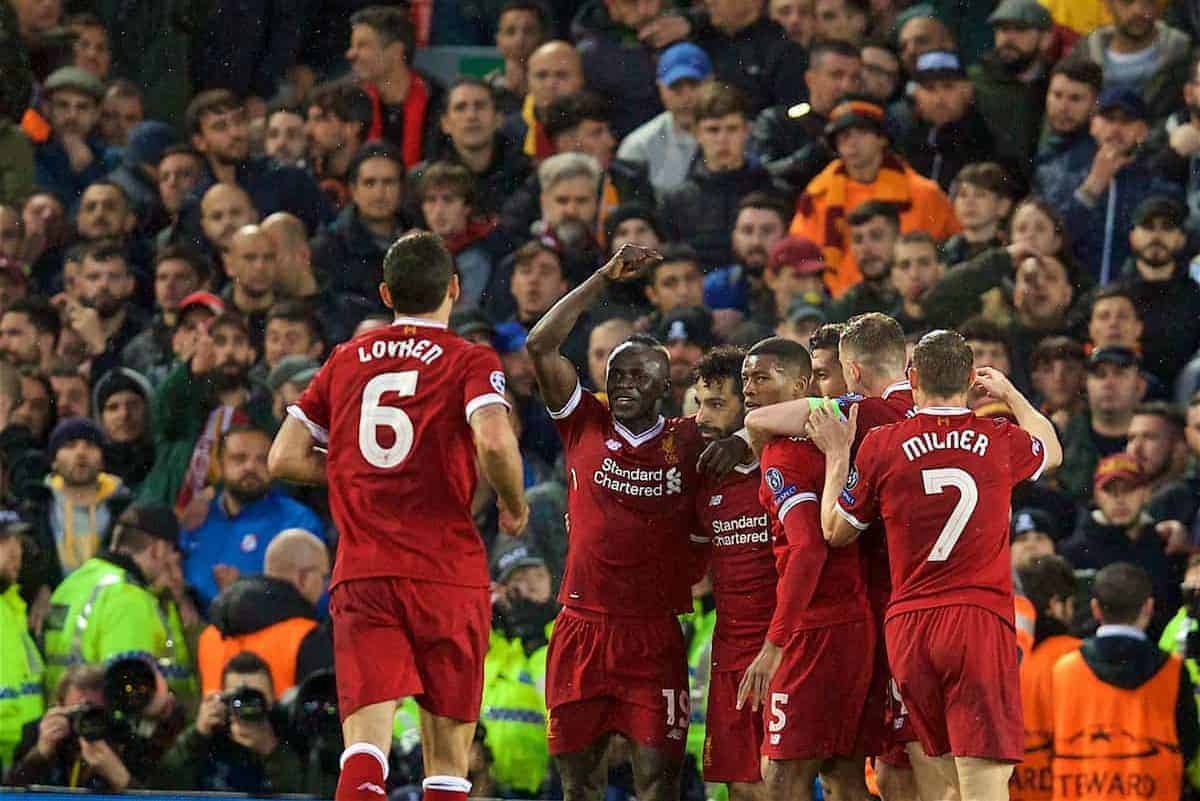 Phil Thompson insists Roma’s comeback against Barcelona should serve as a warning to Liverpool after their 5-2 victory in the first leg of the Champions League semi-finals.

The Reds were cruising at Anfield when braces from Mohamed Salah and Roberto Firmino, sandwiched between a goal from Sadio Mane, gave Jurgen Klopp’s side a 5-0 lead heading into the final 10 minutes.

However, the Italian side scored two away goals in those closing stages, through Edin Dzeko and substitute Diego Perotti’s penalty, to give the Giallorossi a glimmer of hope of reaching the final.

To do so they would need a repeat of their Eternal City heroics against Barca earlier this month when a 3-0 victory saw them progress on away goals despite a 4-1 first leg loss.

“When you saw what they did with Barcelona, that is the problem,” former European Cup winner Thompson said on Sky Sports News HQ.

“It’s delicately balanced, and you wouldn’t have said that with 10 minutes to go in this game. It was an astonishing game of football.”

Ex-Reds striker Robbie Fowler also lamented those late Roma goals and the way his old club had once again conceded twice late on—as they did in drawing 2-2 with West Brom on Saturday.

“The last 10 minutes, you saw it at the weekend against West Brom,” he told BBC 5 live.

“One team gets a goal against them—we haven’t seen it for months with Liverpool—a little bit of complacency sets in.

“The players seem a little bit anxious and waiting for the opposition team to score again and sadly from a Liverpool point of view they did. But we’d have took 5-2 before the game.” Steven Gerrard, the last Liverpool captain to lift the Champions League in 2005, thought the hosts were punished for easing off late on, with the brilliant Salah having been brought off when his team were 5-0 up.

“You’ve got to be professional, keep focus right to the end. Liverpool have come down the gears towards the end and paid for it, given Roma a glimmer of hope.”

“Roma came here and almost gave them a free pass to the final,” Lampard claimed.

“Their tactics were incredible, the way they set up.

“Liverpool were brilliant in the way they ripped them apart, but it will be mixed emotions at the end.”

Ferdinand blamed the visitors’ boss Eusebio Di Francesco for the naive way they set up.

“I think the Roma manager has to take full responsibility for the result,” the former England and Manchester United defender said.

“It’s not often you sit here and say a manager is at fault completely for a team’s performance.

“I think today he let his players down, the way he set them up. He set them up almost certainly to lose this game, the way they played—a high line at the back against a team that play quick football.

“I question whether he’s even seen Liverpool play this season, the way he set them up.”