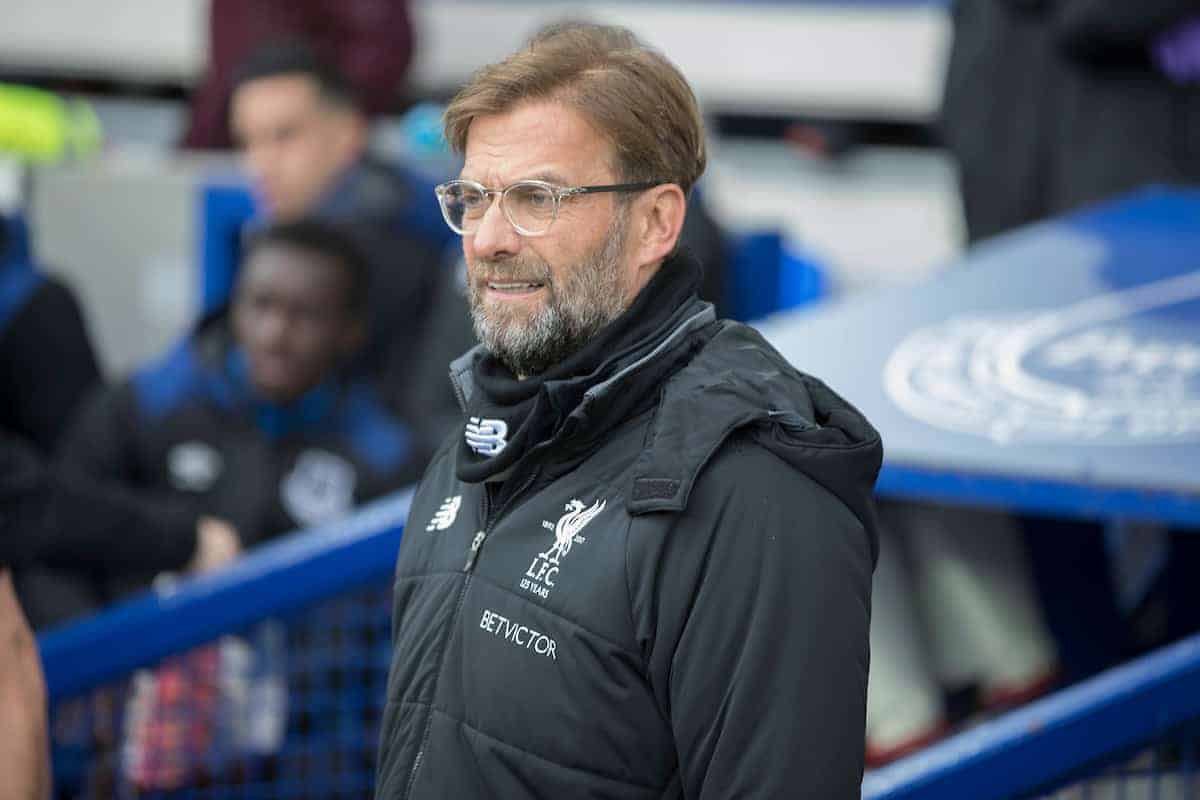 Liverpool saw two players join an ever-expanding injury list ahead of Saturday’s 0-0 draw at Everton, prompting concerns for the trip to Man City.

The Reds left Goodison Park with a share of the points after a much-changed side toiled for an opening, as incoming striker Dominic Solanke came the closest.

Jurgen Klopp introduced Trent Alexander-Arnold, Alex Oxlade-Chamberlain and Roberto Firmino later in the clash, but the remainder of his substitutes were vastly inexperienced.

With academy youngsters Conor Masterson, Curtis Jones and Rafa Camacho swelling the numbers, the average age of Klopp’s outfield players on the bench was just 20.3 years.

This came due to the severity of Liverpool’s injury problems, which could prove a major issue ahead of their Champions League quarter-final decider away to City on Tuesday night.

Here are Klopp’s current fitness concerns as his attentions turn back to Europe:

The hope will be that Robertson and Salah both return to training ahead of the second leg in midweek, while Moreno’s involvement would be a boost in terms of depth.

When Gomez, Can and Lallana will make their comebacks is still up in the air, but their absence at this crucial stage of the season is crippling.

With Matip out for the remainder of the campaign, the pressure is on Dejan Lovren to perform alongside Virgil van Dijk at centre-back, though Ragnar Klavan can provide further cover. Klopp will look to avoid including the likes of Masterson, Jones, Camacho, Nathaniel Phillips, Adam Lewis, Herbie Kane and Liam Millar if possible, but is certainly considering the youngsters.

All seven of the Reds’ academy talents trained with the first team in their final session before the derby, providing the manager with further options in key areas.

Holding a strong 3-0 lead over City ahead of Tuesday night is encouraging, but the 5-0 loss at the Etihad earlier in the season highlights the perils of complacency.

After ringing the changes at Goodison, Klopp can be expected to deploy a more familiar side in pursuit of the Champions League semi-finals.