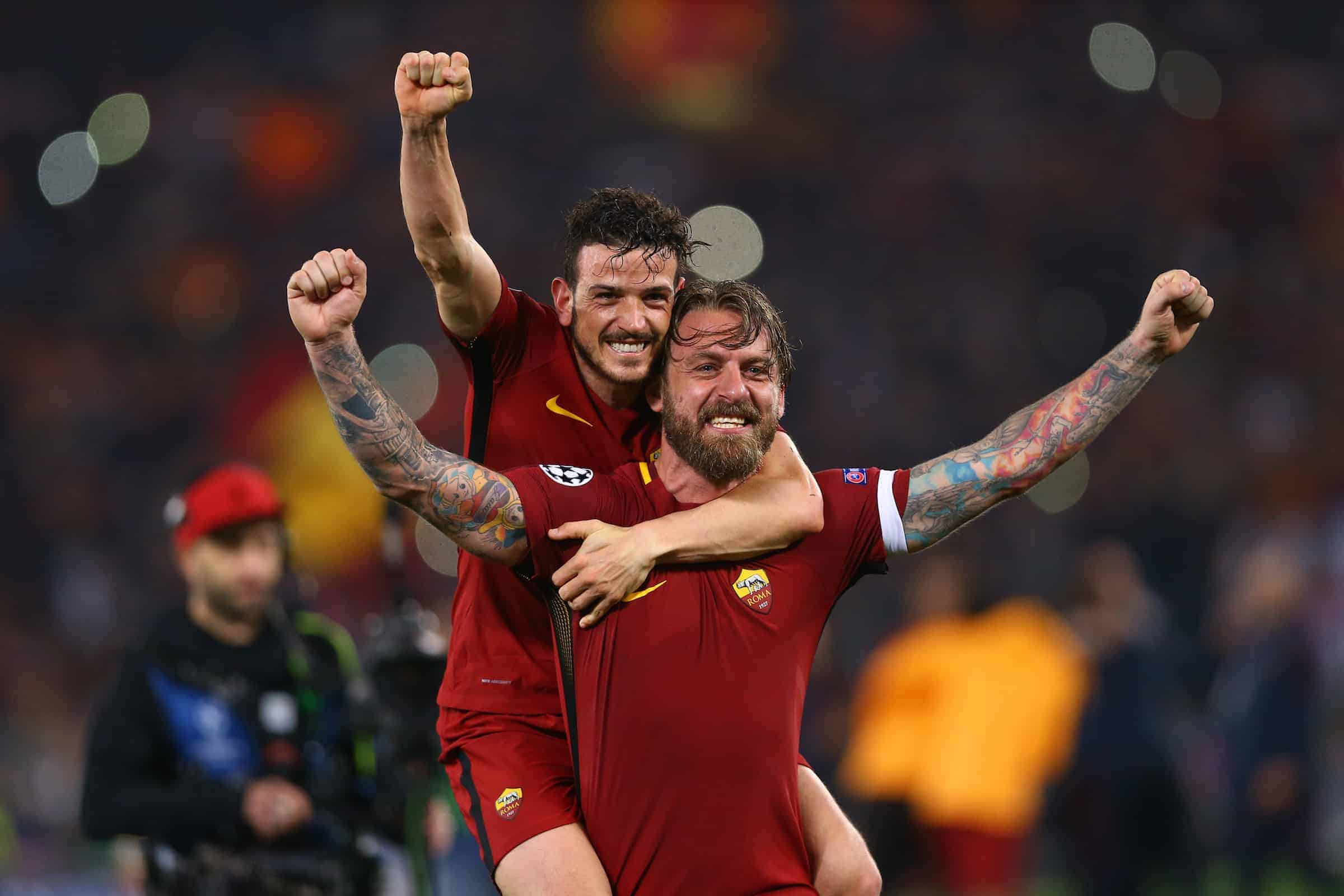 With Liverpool set to face AS Roma in the Champions League semi-finals, we take a look at how they fared in their latest high-stakes fixture in Serie A.

Both teams are fighting for the fourth and final Champions League spot in the Italian top flight and headed into the game level on points: Roma fourth, Lazio fifth.

That continues to be the case after a feisty 0-0 draw, and a match which offered a glimpse at what Jurgen Klopp and his team will be up against in the last four.

Given it was a derby and had so much riding on it, as well as taking place in the Stadio Olimpico, this was as close as Roma will come to replicating the high-intensity occasion of a Champions League match before the Anfield showdown. Despite having been a 4-3-3 side for most of the season, Di Francesco kept faith this weekend with the 3-4-3 variation he used in the second leg against Barcelona.

It appears more than possible that will be his go-to system for big matches for the remainder of the campaign now, rather than a one-off for the comeback mission in the quarter-finals.

Furthermore, even after second-half substitutions, Roma remained in the same shape until late in the game, moving back to 4-3-3 after Lazio were reduced to 10 men.

It’s clearly something the boss wants to persist with at this stage.

"I knew, however, that I couldn’t ask for more from my players tonight. We lacked some clear-headedness and you could see that. We have to get it back, even if we change system. We mustn’t lose our identity. We were chasing them too often today.”https://t.co/cVlLP5juOe

Despite midweek goal hero Kostas Manolas leaving the pitch injured in the second half, Roma kept the back three in place, moving wing-back Aleks Kolarov into the left-sided central berth and reshuffling their wing-backs.

Any hopes Reds fans might have had of seeing Manolas kept out for a couple of weeks can be forgotten though; Italian press report he was merely suffering cramp.

Roma have two more games before they play Liverpool in the first leg: Genoa on Wednesday and SPAL at the weekend.

The game might have ended 0-0 but there were chances at both ends to win the game.

Roma struck the woodwork twice, Bruno Peres and Edin Dzeko the unlucky duo, but it wasn’t until the final five minutes or so that they really started to exert continuous pressure on Lazio’s back line.

Most of the slick build-up play they managed came down the right channel: wing-back Peres, central midfielder Kevin Strootman joining up play and, later in the match, Cengiz Under showing great movement.

Despite no longer having wide forwards to seek out, Roma continued their season-long pattern of looking wide initially and then getting bodies forward centrally.

It’s something that the Reds will have to deal with, not just stopping the initial delivery from out wide but tracking those runs from deep.

Surprisingly, there were very few crosses aimed from wide toward towering striker Dzeko until the last stages of the match—then he almost scored from three in as many minutes.

Another usual attacking point absent in the game was Radja Nainggolan’s long-range threat.

The Belgian powerhouse is typically seen as a bombarding central midfielder, but his role has been switched somewhat of late.

In the 3-4-3 he starts off as the left-sided forward, responsible both for linking the attack and then dropping into midfield out of possession.

His is a dual role, no question, and the entire left channel is occupied by Nainggolan thanks to his physical prowess—he’ll surge forward, try to dribble or shoot in the final third and still get back in alongside Strootman and Daniele De Rossi afterward.

That movement alone caused Barca problems and the Reds, particularly Alex Oxlade-Chamberlain if recent positional plays are repeated, must be aware and ready to track.

The Giallorossi were far from perfect, slow in getting men forward for the first hour and not offering much support to Dzeko.

In addition, the back three were troubled at the opposite end, with Ciro Immobile missing three presentable chances—and he could have had double that were he able to remotely time his runs, instead of haring through offside over and over again.

It was Felipe Anderson who caused most problems for the back three in the first half; playing as a No. 10, he continually dribbled into the channels, at pace, darting in behind the defence.

The final pass was lacking, but Roma’s trio of Manolas, Juan Jesus and Fazio did not cope well with pace.

Needless to say, Sadio Mane and Mohamed Salah should be looking to exploit the gaps around the two wider centre-backs relentlessly.

Finally, the power and pace of Jordan Lukaku troubled Roma down the Lazio left, even though he only played half an hour.

Their wing-backs are not the most rapid and the Reds’ counter-attacking play down the channels could be an interesting opportunity to watch for.

He played only 35 minutes, but Cengiz Under’s introduction changed the flow of the match for Roma.

On as the right-sided forward for the ineffective Patrik Schick, Under is a real game-changer.

He loves to come inside on his left foot, but is fast and comfortable going on the outside on his right, too.

Dangerous crosses, quick feet in the dribble and an eye for passes and shots anywhere around the corner of the box, he’ll surely start at Anfield and is the true dangerman for Roma in open play.