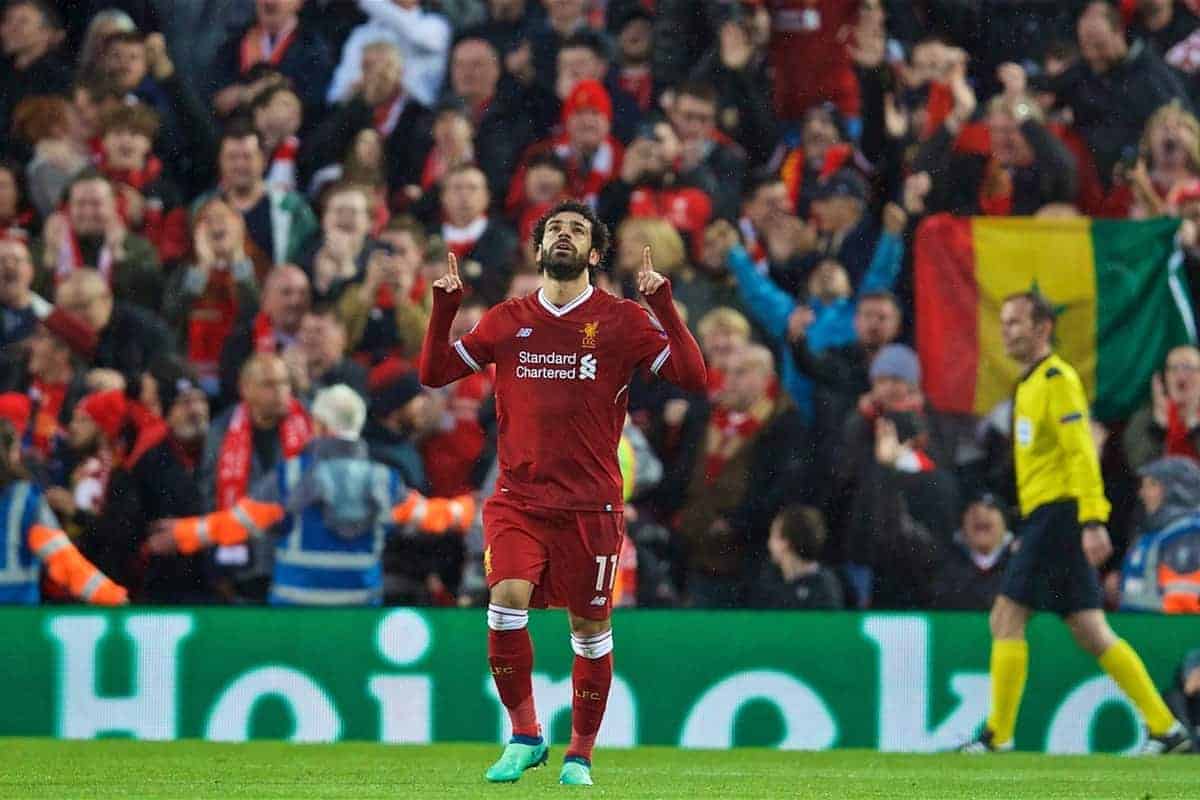 Mohamed Salah has fired Liverpool to a 2-0 lead at half-time against Roma in tonight’s Champions League semi-final first-leg clash at Anfield.

The Reds produced a stunning performance over the opening 45 minutes on Merseyside, weathering an early storm and an untimely injury to take a big step towards next month’s final.

After Sadio Mane went close with two efforts within a minute, supporters could have feared a collapse in an end-to-end contest.

But after testing Roma goalkeeper Alisson with a stinging effort from the right-hand side, Salah stepped up the curl an incredible strike beyond the Brazilian to put Liverpool 1-0 up:

What a goal! What a moment!

Liverpool and their Egyptian King go marching on!

This kicked the hosts into gear, and Dejan Lovren hit the crossbar with a header, before substitute Georginio Wijnaldum almost notched another after coming on for the stricken Alex Oxlade-Chamberlain.

Liverpool kept up the intensity throughout the half, however, and with the outstanding Roberto Firmino holding up the ball and threading him through Salah was on hand to dink it over Alisson and make it 2-0 heading into half-time:

This time the coolest of dinks over the keeper! ?

Goal number 43 of the season ? pic.twitter.com/pkQWlhS26l

There is still a long way to go, but in that 45-minute showing the Reds underlined their elite credentials under Jurgen Klopp, with 43-goal Salah the star of the show once again.

Follow the rest of the action with our live blog here