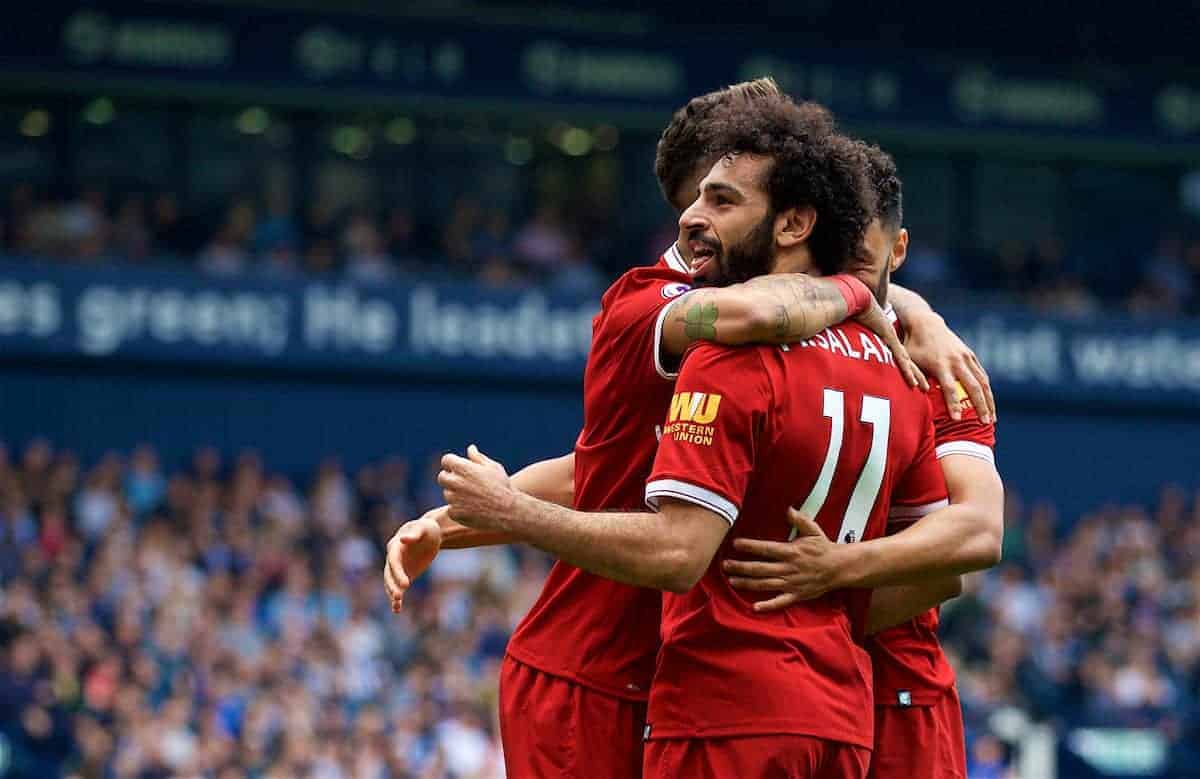 A late collapse saw Liverpool let a two-goal lead slip, with West Brom clawing back for a 2-2 draw in the Premier League on Saturday.

Made a good save in the buildup to the first West Brom goal, but wasn’t helped by his defence for the rebound.

He was in no man’s land for the second as he came for the cross, but was unable to reach it and therefore in no position to make a save.

Often shows good intentions when it comes to sweeping up behind the defence, and despite an off day for the team he still did most things well, bar the moment for the second goal.

Not the best display on his first start for over a month. Some sloppy play and it was his poor pass then foul which lead to the free-kick for the second goal as he tired late on.

Van Dijk moved over to the right side of defence but still did what he does; winning headers, being physical, and also good on the ball, with the best passing accuracy of any of any player bar Wijnaldum.

Good in his battle against the strength of Salomon Rondon, and has proved a useful squad option.

Jurgen Klopp spoke to him at length after the game, suggesting that there were a few areas for improvement.

A return to the team and a return of the rash, overenthusiastic challenges, as opposed to the more considered player seen earlier this season.

Didn’t offer much in attack, either. He should enjoy these games because it’s unlikely he’ll be at the club much longer.

Didn’t do much wrong but the captain should be stepping up to take control of the game in the second half.

Couldn’t assert his control on the midfield or on the game as the whole to help his side secure the three points they had already earned.

Plenty of hard work and running, but the fatigue showed with some poor deliveries later on.

The English pair will need to be at the top of their game against Roma’s midfield on Tuesday, and this wasn’t the ideal preparation.

Gets an assist for Ings’ goal but it wasn’t the most intentional of passes.

Back in the more advanced position in midfield, he doesn’t have to get involved as much as he did during his impressive outings as the No. 6, and he doesn’t seem to go looking for the ball. A constant threat, even if not always a productive one.

Finally gets his goal following a brilliant through-ball from Alex Oxlade-Chamberlain.

Entertained the travelling fans with some moments of speed and skill around the area, and gave his compatriot Ahmed Hegazi all sorts of trouble.

Plays the ball in from the short corner for the first goal, but should have worked his way into these positions more often.

Always direct with his running and the team missed him when he was subbed in the second half. Scores a good poacher’s goal as the ball bobbled to him in the box early on.

There was a case for leaving him on the pitch but on a rare start, Klopp opted to introduce Roberto Firmino and got the second goal as a result minutes later. Good linkup play with Oxlade-Chamberlain before the second goal, and was on hand to turn it in should Salah have decided to pass.

Drops behind the line on his own for the Rondon goal, playing the striker onside. Came across to challenge but couldn’t get anything on the ball. Managed to rotate a few players and still take a two goal lead.

The double sub paid dividends, with Salah moving to the No. 9 role and the two subs and he then combined to make it 2-0.

Klopp, though, arguably undid all this by switching to a back three late in the game, and the defence looked uncertain from then on.

They were made to absorb pressure rather than creating it themselves, and this ultimately encouraged the opposition to attack. Despite this the defence still should have done better.

The changes were sensible and balanced ahead of Tuesday, perhaps though it shows the need for improvements in the summer.

Deflected blame from his players well post-match, focussing instead on the poor refereeing and pitch.