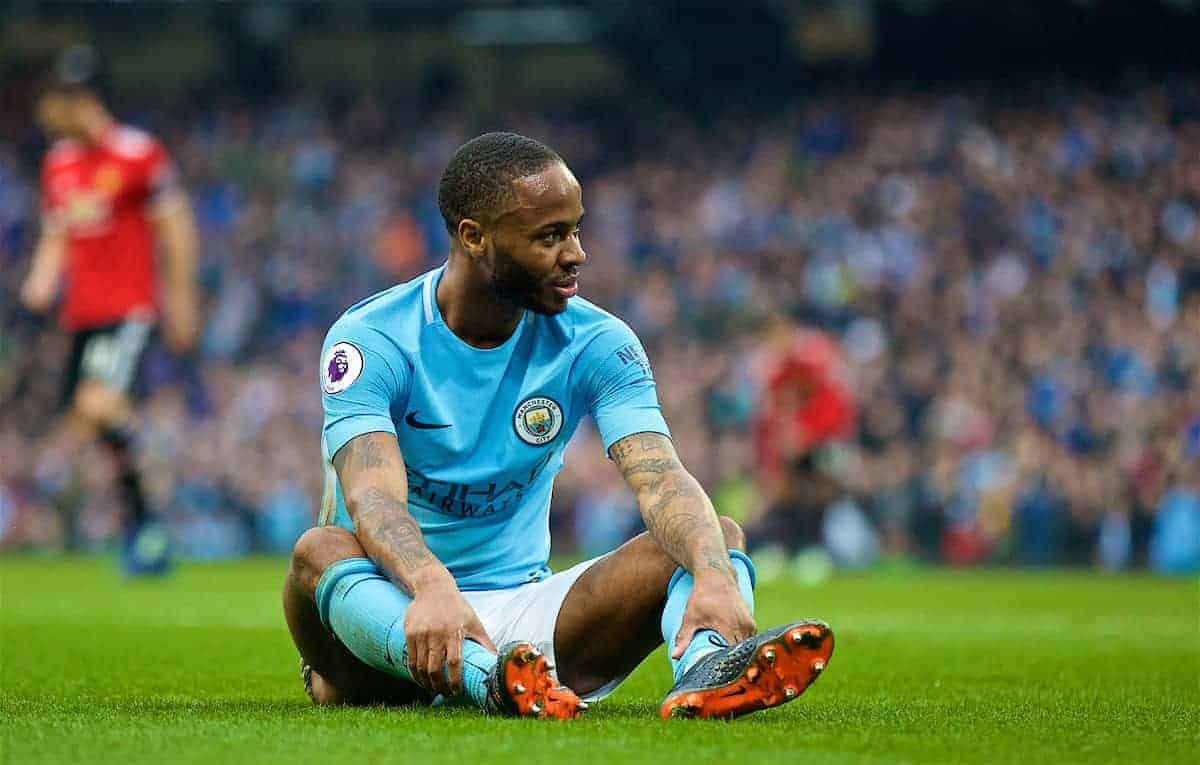 Man City‘s title celebrations were delayed in dramatic fashion on Saturday, but will it have ramifications ahead of Liverpool’s trip to the Etihad?

Having been thumped 3-0 at Anfield in a thrilling Champions League quarter-final first leg on Wednesday night, Pep Guardiola’s side had something to fall back on this weekend.

A Premier League victory at home to bitter rivals Man United would secure the title, but things didn’t pan out the way they would have hoped.

Guardiola made four changes to his side in order to keep a freshness to his squad, with Kevin De Bruyne, Gabriel Jesus and Kyle Walker the most notable absentees from the Anfield clash.

A stunning first-half performance saw Vincent Kompany and Ilkay Gundogan fire City into a 2-0 lead, but they fell to pieces after the break.

We never like to be too praiseworthy of United, but in fairness they were excellent in the second half, producing an unlikely comeback to win 3-2 and spoil the party.

United aren’t one to do Liverpool too many favours, but the hope is that they have destroyed City’s confidence ahead of Tuesday’s second leg.

The players lost their heads towards the end of the game, and for the first time this season chinks in their armour have started to appear. The one thing that the Reds must avoid, however, is over-confidence, with the tie a long way from being over, and City like to come flying out of the traps.

This is particularly salient given the frustration surrounding Liverpool’s plans for Monday’s preparations, with Jurgen Klopp forced to travel to the Etihad for media duties before returning to Melwood for training.

An early goal for the hosts would change everything, and it will be another stern examination of Klopp’s side’s mettle.

It will be interesting to see who Guardiola lines up with, too, following some questionable tactical decisions at Anfield. Sergio Aguero is likely to start, given his big-game pedigree, while former Reds youth Raheem Sterling will also hope to be more involved, with Gundogan a surprise inclusion on the right wing at Anfield.

It promises to be quite an occasion, and Liverpool know they are 90 minutes away from a fantastic achievement and a place in the Champions League semi-finals.