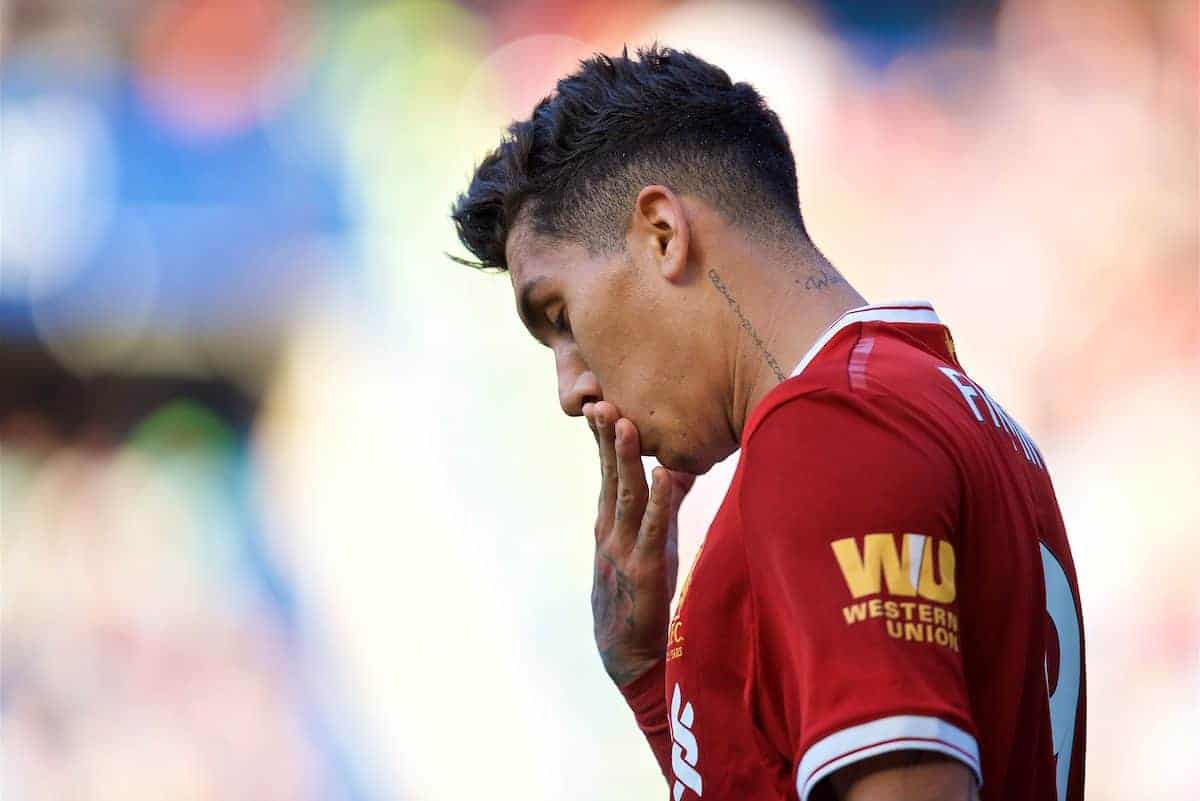 Liverpool travelled to Stamford Bridge in search of vital points to secure a top-four finish, but left disappointed after a 1-0 defeat to Chelsea.

Rarely called upon, while Chelsea pressed and pushed for a second they didn’t do much of note to test the Liverpool goalkeeper.

Distribution was a lot better than of late, couldn’t do much for Olivier Giroud’s goal—the game-changing mistake was in front of him.

It’s been a frustrating season for the defender, ruled out for the most part he hasn’t really taken his opportunity when presented with it.

Way short of the level required, unable to bring Mohamed Salah into the game like Trent Alexander-Arnold can when playing in the same position.

Lovren has the ability to play well for the majority of the game whilst switching off for one crucial moment—it’s during this one moment that Liverpool seem to leak a goal.

This time the Croatian was caught napping in the area, allowing Giroud all the time and space he needed to nod in the winner. The Dutchman was beaten by a deflection in the run up to Chelsea‘s goal, Victor Moses’ cross just evaded him as he went to clear

Looked to be physically drained as the game went into the last 20 minutes, not a good sign with two big games on the horizon.

The Scot has been a steadfast reliable addition to Liverpool’s defence, and attack, since he made the left-back position his own.

But in west London his delivery from wide attacking areas was poor, this was complimented by a shaky performance at the back—using his chest to play the ball back to Karius he got it all wrong and gave away a corner under no pressure.

The elder statesman looked to be running on empty. Picked up a knock early on which took him most of the first half to shake off.

His lack of speed and energy made the midfield look pedestrian as a unit, should have been withdrawn a lot earlier due to injury. After a good display in the midfield versus Stoke it was apparent that when faced with real quality, the defender isn’t quite at home in a central position.

Looked out of place and out of his depth at time. Not helped by the fact he had to cover for an injured Milner, especially in the buildup to Chelsea‘s goal.

Rome away will undoubtedly go down as the Dutchman’s best away performance, helped somewhat by his goal—this one definitely wont.

Was unable to stamp any authority on the game until the latter stages, far too late and far too anonymous.

The Senegalese forward had two good opportunities to open the scoring for the Reds before Chelsea registered their goal.

If his work rate and tenacity was matched by his fellow attackers Liverpool may have had a better afternoon.

An afternoon to forget for the Egyptian, probably his worst performance of the season—looked nothing like the Salah we have seen since August.

Had none of the swagger seen of late, or the desire to change the match with a piece of brilliance. An exceptionally bad time to hit poor form.

Nowhere near the level we have seen of late from the Brazilian, a passenger for the entire first half and vast swathes of the second.

The entire front three looked short on ideas and inspiration—if they enjoyed the run to this years’ Champions League Final, they should probably ensure that next season the competition is still a reality. Jurgen Klopp wanted to rest the captain for this fixture but a combination of a Milner knock and Clyne’s poor performance saw the midfielder called upon.

Unable to assist the attack or break down the blue bank in front of him—another with an afternoon to forget.

Was brought on to offer Liverpool an extra outlet as they searched for an equalising goal.

Doesn’t look capable of making a difference when given an opportunity, the gulf between Liverpool’s front three and bench options is massive. Wasted a good chance with two minutes left then again in added time.

Should have been brought on a lot earlier—unable to make any difference with minutes remaining. Squad depth could be the biggest memory of this season, half the starting XI looked like they needed a month off.

They will want to avoid a situation whereby securing Champions League football next season isn’t all down to beating Real Madrid in Kyiv.

Should have taken Milner off as soon as he was injured, this allowed Chelsea to exploit a weakened central area.