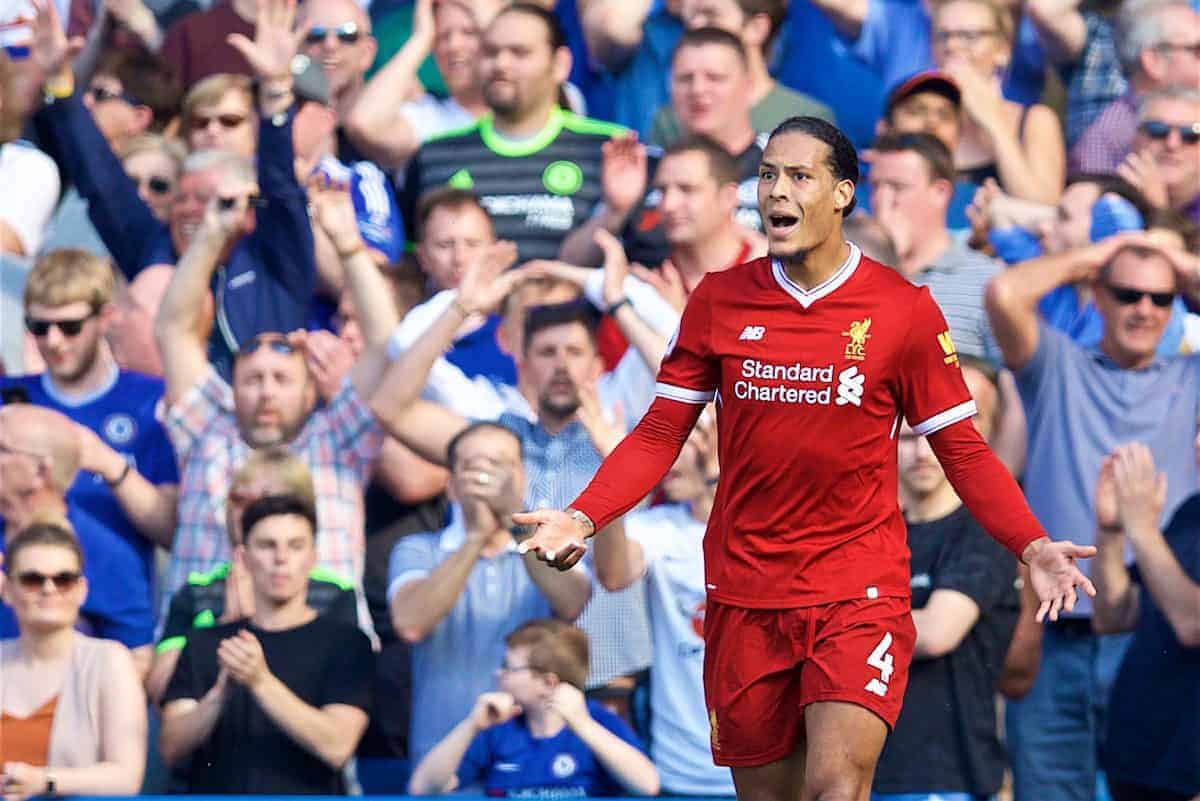 Liverpool suffered another setback in their pursuit of a top-four finish as they fell to a 1-0 defeat to Chelsea after another uninspired display.

Jurgen Klopp made just one change from his side that ultimately sealed a place in the Champions League final in midweek, taking a risk with the tired legs in his squad.

But the withdrawal of Jordan Henderson and introduction of Nathaniel Clyne was met with an abject performance that saw the majority of the Reds’ key players fail to fire.

Just as he had in recent draws with West Brom and Stoke City, Mohamed Salah struggled as he eyes a Premier League record, while neither Clyne nor Andy Robertson flattered themselves at full-back.

There were areas of positivity, however, most notably in the quality of Sadio Mane and the stability of Virgil van Dijk, but it was a largely forgettable afternoon at Stamford Bridge.

But what did journalists and statisticians make of Liverpool’s 1-0 loss in London? After his excellent showing against Roma in the Champions League, Mane (6.7) was again the star for the Reds on Sunday, with the Senegalese providing the main threat from the left flank.

Mane was the only player not rated as a five-out-of-10 or lower by any publication, with ESPN’s Dave Usher describing him as “the only Liverpool attacker to make any real impact on the game.”

Georginio Wijnaldum (6.1) and James Milner (6.0) were the only other players to not average below a six-out-of-10, though their own meagre scores reflect a limp showing from the midfield.

Salah’s (5.0) struggle is reflected in his squad-low rating, while Clyne (5.3) is not far ahead after being tormented by Hazard before being replaced by Henderson on the hour.

The duo were the only players to be given four-out-of-10s by any publication, with This is Anfield’s Chris Williams criticising Clyne for being “way short of the level required.”

Salah also failed to fire a single shot on target, and while he created one chance in the final third he registered the lowest passing accuracy (63.6%) of Klopp’s starting XI.

On the other hand, Clyne fared reasonably well based on the numbers, with Roberto Firmino, who was starved of the ball for the majority of the game, rated lower than the abject right-back.

Both Mane and Van Dijk impressed WhoScored, with the former hitting more shots on target (three) than any other Liverpool player, as well as creating the joint-most chances (two).

It is unfortunate that in Salah’s malaise the No. 19 was unable to make the telling impact and salvage the point that would have likely secure a top-four berth.

But by the same token it is encouraging that with one winger failing to fire, Klopp can turn to Mane to helm his attacking charge.